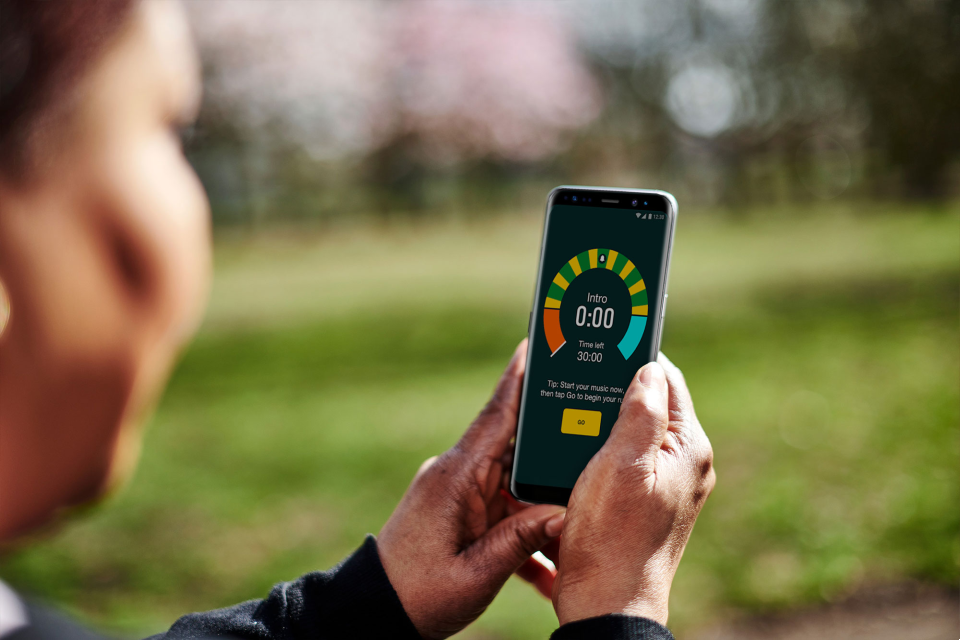 Downloads of the running plan app, Couch to 5K, have surpassed 5 million this month (July 2021). The app was downloaded 2.36 million times since the pandemic started (March 2020 to July 2021) by people seeking to get more active during lockdown. The pandemic saw app downloads skyrocket, increasing by 92% in 2020 compared to 2019.

Couch to 5K is a free running plan for beginners provided by Public Health England (PHE) and the BBC, helping those who don’t regularly exercise or keep active to take positive steps for their health and fitness.

Regular running has been shown to reduce the risk of long-term illnesses, such as heart disease, type 2 diabetes and stroke, as well as helping to maintain a healthier weight and improve your mood.

Designed for people who have done little or no running, the app provides guided commentary from a celebrity coach of their choosing and helps users to easily track their progress by doing 3 runs per week.

To encourage people to download the app, users will soon be able to choose Olympic champion Denise Lewis OBE as their Couch to 5K coach, who will be a key presenter for this year’s BBC Olympics coverage.

PHE teamed up with BBC to create the Couch to 5K mobile app in 2016, and since then we have been working with them to help more people access the app. This year the BBC will be helping to encourage new users to download the app by promoting it during their 2021 Olympic Games coverage.

The upcoming launch of the new Office for Health Promotion in autumn will lead national efforts to level up the health of the nation by continuing to support people living with obesity, supporting mental health and promoting physical activity.

We’re thrilled that so many people have been using the Couch to 5K app to get more active over lockdown. Keeping active is not only good for our physical health but also crucial for our mental health, and we hope the app has helped people to cope better with the challenges the pandemic has brought.

It’s never too late to start introducing physical activity into your life. With the Olympics just round the corner and new celebrity coaches to spur you on to reach the 5K goal, now is a great time to give the app a go if you haven’t already. The app is made to allow users to slowly build up their activity over time, helping to keep you motivated, so it’s perfect for people who are new to running or who haven’t been active in a while.

There’s a good reason Couch to 5K is one of the top fitness apps in the UK and seeing record downloads – I encourage everyone to give it a try and get moving.

Our new Office for Health Promotion will build on the success of the app by helping people make lifestyle choices that can improve their mental and physical health.

Staying fit and healthy is incredibly important to me so I’m delighted to be able to play my part in helping others get active by joining the Couch to 5K coaching team. We know that thousands of people downloaded the app to give running a go over lockdown, and we hope that lots more people will be inspired to join them with the Tokyo Olympics drawing ever closer.

You can download the Couch to 5K app on your phone through the App Store, Google Play or iTunes.