Soldiers from the 2nd Battalion Royal Gurkha Rifles have recently returned home from a 3-month counter-poaching deployment in Malawi. Based in Liwonde National Park they work with African Parks to train current and new rangers, helping to crack down on the illegal wildlife trade by improving patrolling effectiveness and information sharing skills.

Towards the end of the deployment the soldiers assisted with the careful offloading of the rhinos who had travelled by air and road from KwaZulu-Natal in South Africa. The project was led by African Parks in conjunction with Malawi’s Department of National Parks and Wildlife Ezemvelo KZN Wildlife.

There are around 5,500 black rhinos in the wild today as they are poached for their horn. This project will help boost the rhino population in the region and help preserve this critically endangered species for the next generation.

Since their release, African Parks is continuing to intensively monitor the rhinos as they settle in to their new environment.

This latest counter-poaching deployment has been hugely successful. Not only do we share skills with the rangers, improving their efficiency and ability to patrol larger areas, but it also provides a unique opportunity for our soldiers to train in a challenging environment.

Helping with the rhino move was a fitting end to our time in Malawi, getting up close to the animals we are here to help protect was an experience the soldiers won’t forget. 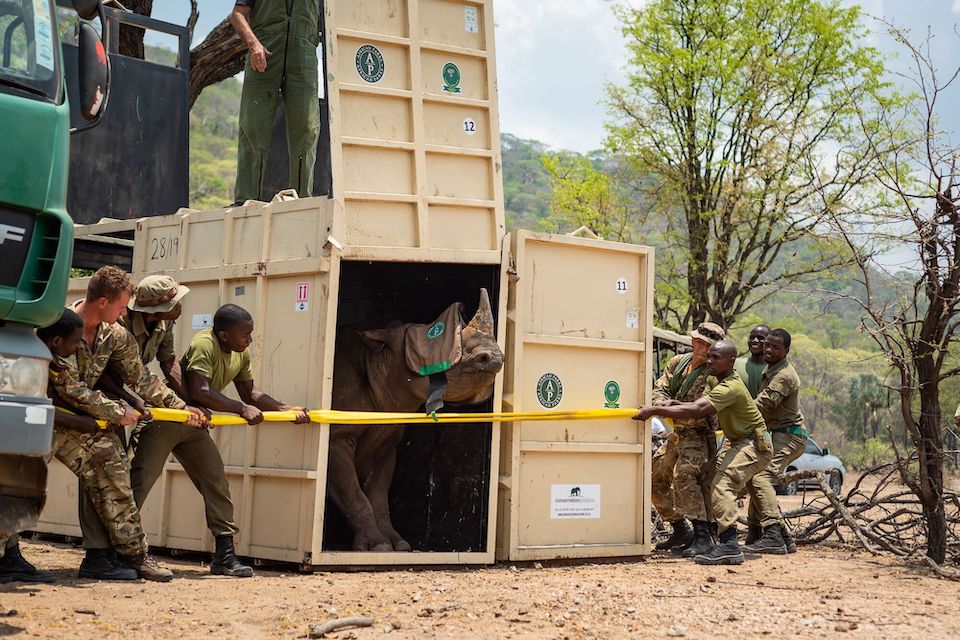 So far, the Army has helped train 200 rangers in Malawi and thanks to effective management and an overhaul of law enforcement by African Parks and the DNPW, supported by the British Army, no high-value species have been poached in Liwonde since 2017.

The illegal wildlife trade is the fourth largest transnational crime behind drugs, arms and human trafficking and can have hugely destabilising consequences. With this deployment our Armed Forces have once again demonstrated their versatility and value by contributing to the conservation work taking place in Malawi.

Working with local communities, host Governments and wildlife groups is key to our approach, we want to see sustainable, community led solutions that help promote security and stability for both the people and wildlife of Africa.

The counter-poaching ranger partnering programme is funded by the Department for Environment, Food and Rural Affairs (Defra) and delivered by the British Army. The UK Government has committed over £36 million to tackle the illegal wildlife trade between 2014 and 2021. Part of this is to help support transboundary work to allow animals to transit more safely between areas, and across national borders.

The UK is taking the lead in countering the illegal wildlife trade – including poaching for rhino horn which is a disastrous and destructive trade that threatens the very existence of the precious black rhino species.

This deployment demonstrates the vital role the UK can play in that effort by sharing skills with international partners engaged in the fight against poaching and smugglers. 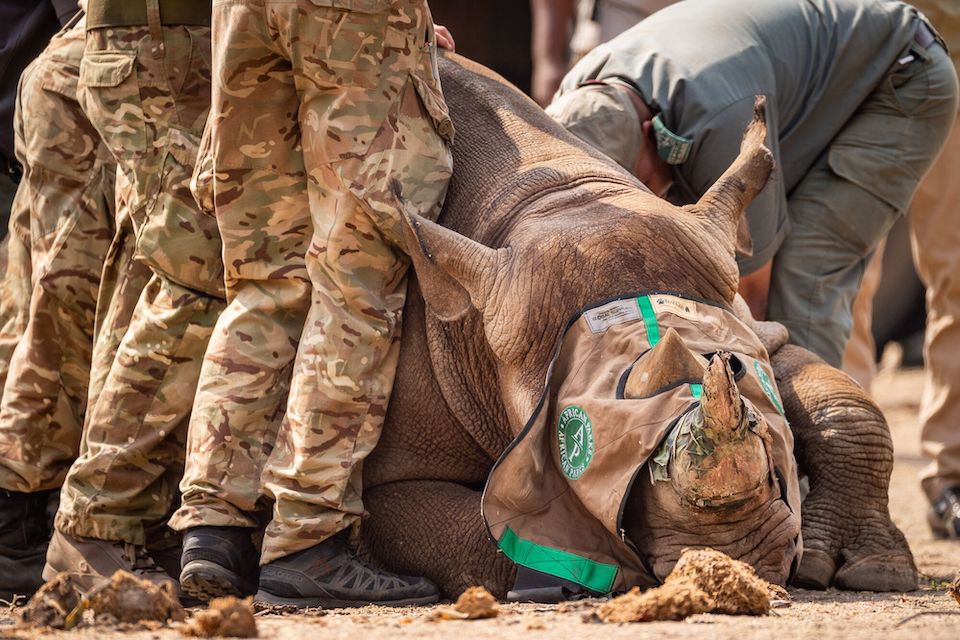 International Affairs The Military Division of the New Year Honours 2020…