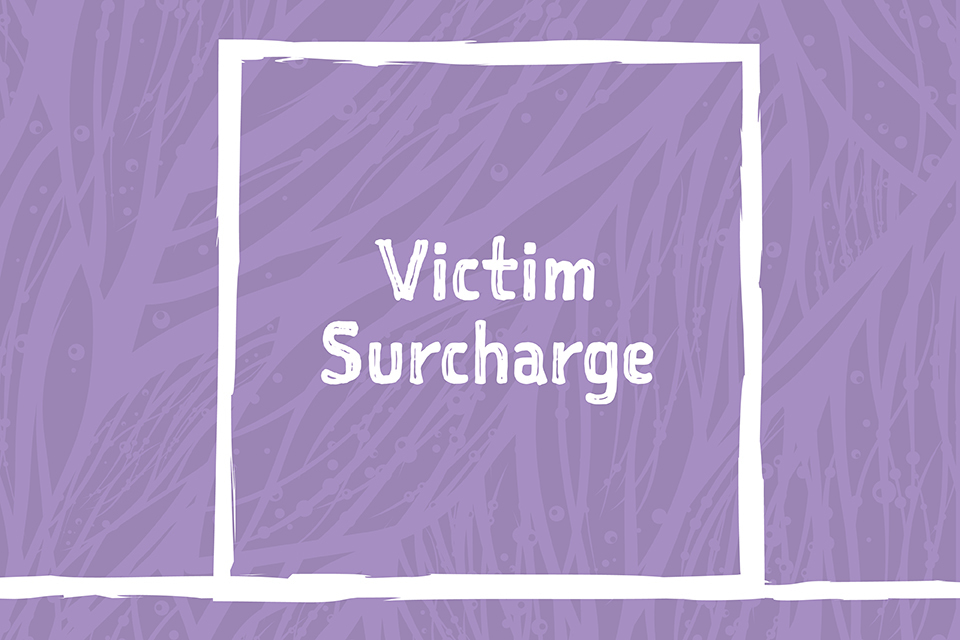 Ministers will increase the Victim Surcharge by 5 per cent. The surcharge is imposed by courts on all offenders to ensure they hold some responsibility towards the cost of supporting victims.

It will see up to £2 million extra per year go to vital services for victims, such as rape support centres and the National Homicide Service.

Today’s announcement follows a pledge to raise the surcharge by 25 per cent, which will be considered as part of an upcoming consultation on a Victims’ Law.

It is right that offenders should do more to repair the harm caused by their crimes.

That is why we are raising the surcharge and will consult on further increases to ensure criminals take greater responsibility for the cost of supporting victims.

This is only one part of our ongoing work improve support at every stage of the justice system, including by strengthening victims’ rights through a Victims’ Law.

Adult criminals and organisations currently pay between £21 and £181 under the Victim Surcharge. This will increase to a maximum of £190 depending on the sentence handed down.

This builds on recent government action to transform the support offered to victims, including by consulting on a new Victims’ Code which sets out the minimum level of information and service victims can expect from criminal justice agencies.

Criminals made to pay more to fund victim support