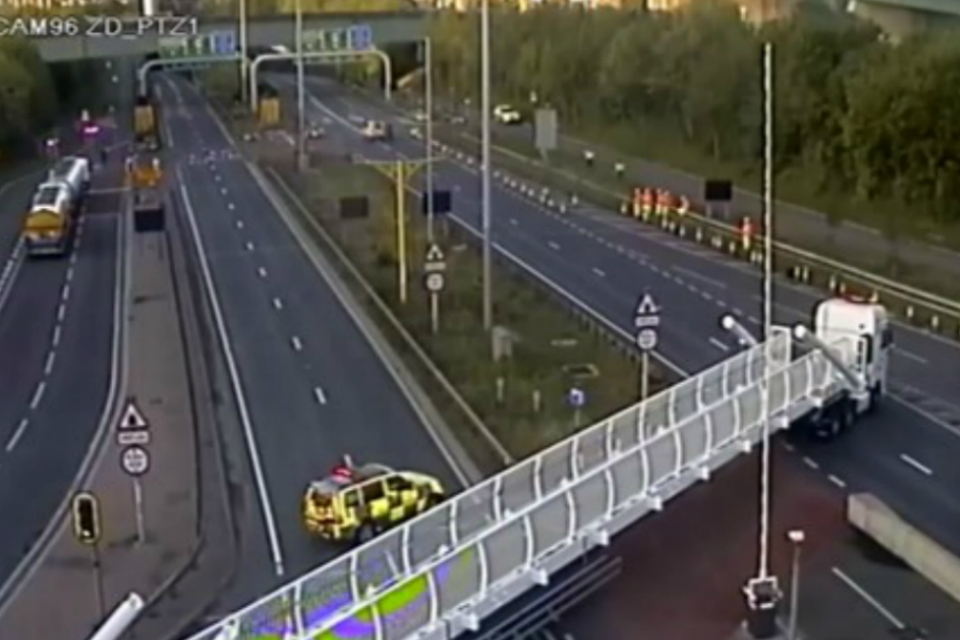 The footbridge, destined for Southend in Essex, was the length of nearly five double decker buses. It was moved in a carefully planned operation between Highways England, Essex Police and Dartford Crossing operators Connect Plus Services in a way that meant traffic at the crossing only needed to be held for three minutes.

The Dartford Crossing is the only road link across the River Thames to the east of London and is a vital part of the nation’s road network. It is used to make more than 185,000 journeys every day and we work hard to make sure we deal with abnormal and dangerous loads as smoothly as possible. Even though this was the longest load that we have seen at the Dartford Crossing, close working between us, the police and our colleagues at Connect Plus ensured that we could safely e****t this footbridge through the tunnel with minimum disruption for other drivers.

The Dartford Crossing crosses the River Thames and is made up of two tunnels carrying traffic northbound from Kent into Essex and the Queen Elizabeth II bridge taking traffic south. Linking the two ends of the M25 together, the Crossing and its approach roads are classified as the A282 so that vehicles prohibited from motorways can use it.

At 41 metres, the footbridge is the longest load ever to go through the Dartford tunnel, but also last month a 232-tonne electrical transformer the size of a house was taken over the Dartford Bridge on a specialist vehicle 58 metres long. The journey from Tilbury docks to Iver Heath in Buckinghamshire took 41 hours over two days travelling at 20 miles per hour.

And, in 2015, a 28-metre-long fuselage for a VC10 jet airliner was transported by lorry from Leicestershire to the RAF Museum in Cosford, Shropshire, via the M69, M6 and the M54. The journey took six hours and involved some tricky manoeuvring, including going under several low bridges.