Review of UAV technology, legislation and existing experience across the NDA group; Development of community of UAVs users within nuclear decommissioning

Drones range from delicate birdlike machines to heavy-duty models weighing more than 150 kg. While typically carrying cameras, they can deploy a huge array of different equipment that allows them to analyse and interact with the world around them. Flight mechanisms, navigational controls and power systems are equally varied.

Both fixed-wing or rotary blades are widely used, as well as self-navigating and pilot-controlled drones. New and improved power sources have also been developed that allow them to fly longer and carry heavier cargoes. Even shape-changing drones are being developed to allow them to fly in congested areas.

Future research will push the boundaries still further, driving down costs and extending the length and complexity of the flights they can undertake. For nuclear decommissioning, such versatility offers enormous potential to save time and costs associated with inspecting the facilities across NDA sites. Drones will also reduce risks for employees involved in activities such as working at height or inside highly radioactive buildings.

Across the NDA group, a variety of different drones have been flown to carry out a range of different tasks. They have inspected pipelines, tall chimneys, roofs and radioactive facilities. They have collected high-quality visual images, measured the temperature of vessels, found areas of radioactivity and accurately mapped legacy facilities. The information has eliminated working at heights and radiation dose to operators. Compared to traditional manual methods, there have been savings in both time and money. 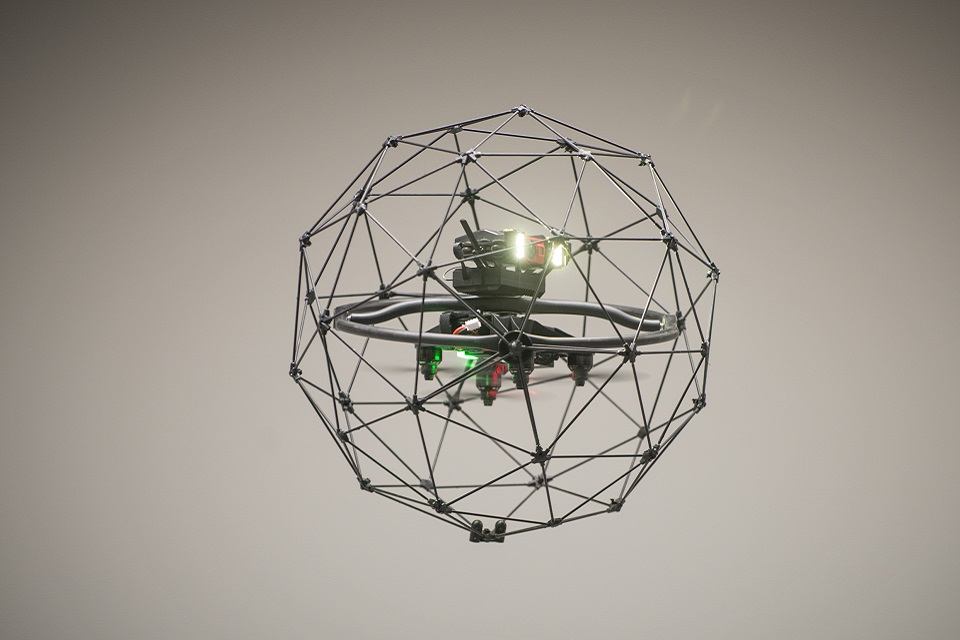 Production of the report brought together users to share their experience, hear about the latest developments in technology and legislation and identify further opportunities for the use of drones. The final report has also been used to highlight the use of drones to the wider NDA group. Demand for drones is growing every week as new groups recognise they can be used on nuclear sites and that they can solve their problems.

Decommissioning drones take to the sky