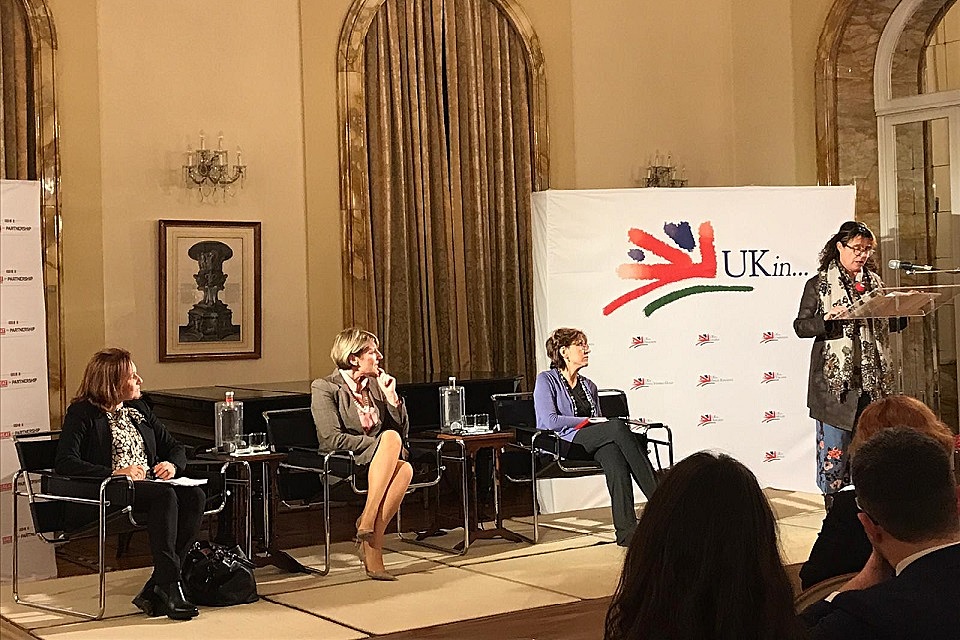 On 27th February, British Ambassador to Italy Jill Morris organised an event at her residence, Villa Wolkonsky, to discuss intolerance and antisemitism. During the meeting, the President of Jewish Community in Rome, Ruth Dureghello, and the Italian National coordinator for the Fight against Antisemitism, Milena Santerini, took the floor. Although she could not attend the event in person, life Senator and Shoah survivor Liliana Segre contributed to the discussion through a message read by her spokesperson, Maria Paola Gargiulo. All panellists were women, a powerful message against discrimination and intolerance.

The event aimed to increase awareness around discrimination in general and antisemitism in particular, as recent episodes of intolerance have been targeting the Jewish community and anyone who dares speak up against discrimination. A clear message of integration and tolerance was sent, in sharp contrast with the instances of antisemitism that have occurred in the past few months. Furthermore, the meeting explored the sociological and cultural factors that generate discrimination to better understand this phenomenon and develop effective tools to counter antisemitism.

The British government and the Embassy in Rome remain at the frontline in the fight against all forms of discrimination based on ethnicity, the colour of one’s skin, religion or sexual orientation.