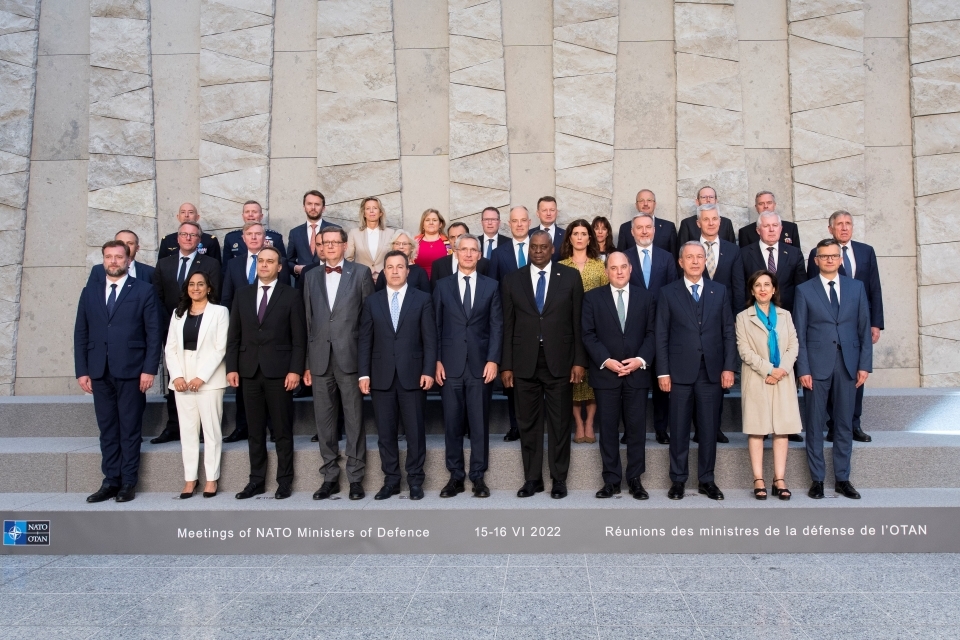 The Defence Secretary met with NATO Defence Ministers this week to reaffirm the UK’s support for Ukraine and underline our iron-clad commitment to defend every inch of Alliance territory.

Ben Wallace met with his counterparts from all 30 member states as they gathered at NATO HQ in Brussels.
They spoke about the impact of Russia’s unjustified invasion of Ukraine and how the Alliance can further fortify efforts to support Ukraine and strengthen its deterrence and defence posture, including along the NATO’s eastern flank.

Earlier this year, the UK doubled the number of troops in Estonia from 800 to more than 1,600 in response to Russia’s barbaric invasion and increased our commitment to NATO air policing in Romania from four to six RAF jets.

Ministers also discussed plans to reform NATO’s force structure and develop more flexible forces to respond to crises and conflicts, and looked ahead to the NATO Summit in Madrid later this month, where key decisions will be taken by Heads of State and Government.

I was delighted to meet again with my NATO colleagues. The most successful military alliance is more united than ever and determined to stand up for each other.

The Defence Secretary also attended a donor conference to discuss with other like-minded member states what further military aid can be provided to Ukraine. Following the meeting, the UK, US and Germany issued a joint statement on providing Multiple Launch Rocket Systems (MLRS) with Guided MLRS (GMLRS) rockets to Ukraine.

While at NATO the Defence Secretary also signed a Memorandum of Understanding with France, Germany, Spain, Italy, Greece and the Netherlands for the NATO’s Next Generation Rotorcraft Capability. Key to the UK’s Rotary Wing strategy, this international framework allows the UK and its allies to explore the latest technology on the market with industry, designing a medium-role helicopter for key NATO commitments and operations.

The UK has so far provided more than £750 million of military aid to Ukraine, including thousands of anti-tank missiles, air defence systems and armoured vehicles, and recently announced we will be sending multiple-launch rocket systems (MLRS) as the conflict has entered a new phase in the Donbas.

The Defence Secretary also met with representatives from Sweden and Finland and reaffirmed UK support for their recently announced membership applications.