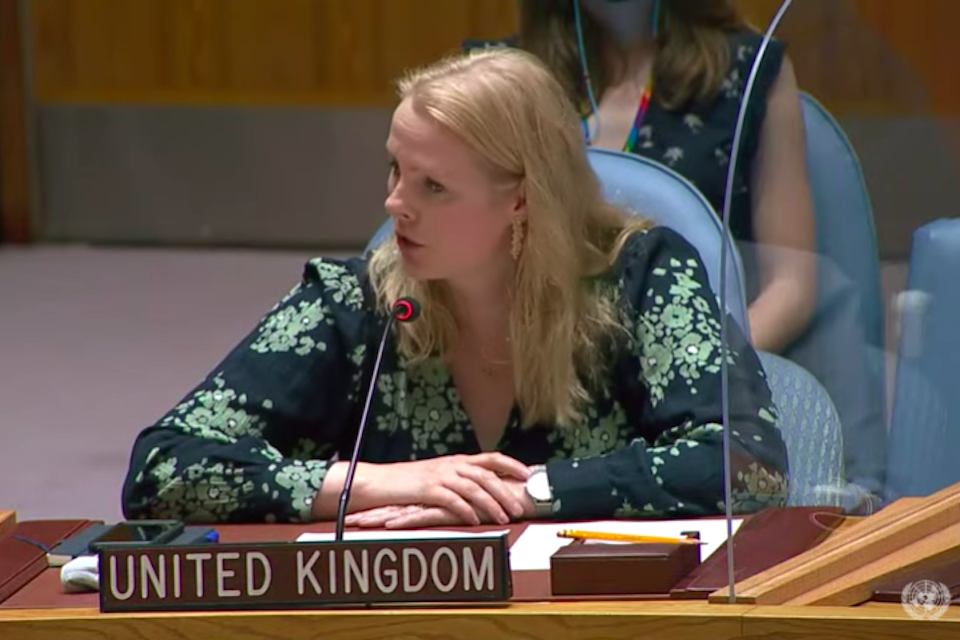 The United Kingdom commends the continued work of the UN Assistance Mission in Iraq and the work of SRSG Hennis-Plasschaert. THank you for your briefing. I’d like to join others in welcoming the Representative of Iraq here today.

First, the elections on 10 October are critical for Iraq’s stability and security. They follow the calls for reform by ordinary Iraqis across the country in 2019. We remain committed to Iraq’s democratic progress and welcome the efforts of the UN to support Iraq’s High Electoral Commission to deliver a free, fair and credible vote in October.

However, we remain concerned by the continued reports of threats and violence against independent candidates and activists, and the possibility of a low turnout. We urge the Iraqi government and the UN mission to enhance their efforts to communicate the electoral commission’s progress in preparing for elections in order to boost turnout and increase credibility. We call on all stakeholders to redouble their efforts and support for a peaceful electoral process, in which Iraqis are able to participate without fear.

Second, the UK welcomes the outcome of the US-Iraq Strategic Dialogue and the joint statement confirming a continued basis for Global Coalition work in supporting the fight against Daesh. We call on the international community to continue its close collaboration to secure Daesh’s lasting defeat. The UK continues to support the Government of Iraq, the Global Coalition, and NATO to tackle the Daesh threat.

Third, we remain concerned by the humanitarian situation in Iraq and in particular the 1.2 million Iraqis who remain internally displaced. We urge the Iraqi government to continue working closely with the UN to ensure internally displaced people are able access assistance and return voluntarily, and in a safe and dignified manner. The leadership of the Iraqi government, working closely with the international community, is essential to finding durable solutions to displacement in Iraq and addressing longer term drivers of instability.

Finally, we welcome the ongoing cooperation between Iraq and Kuwait in the search for missing Kuwaitis and third-country nationals. The identification of the remains of a further ten Kuwaiti missing persons is a significant step.
The United Kingdom stands alongside the Government of Iraq as it seeks to deliver free, fair and inclusive elections, to combat terrorism and to implement durable solutions for its internally displaced population.