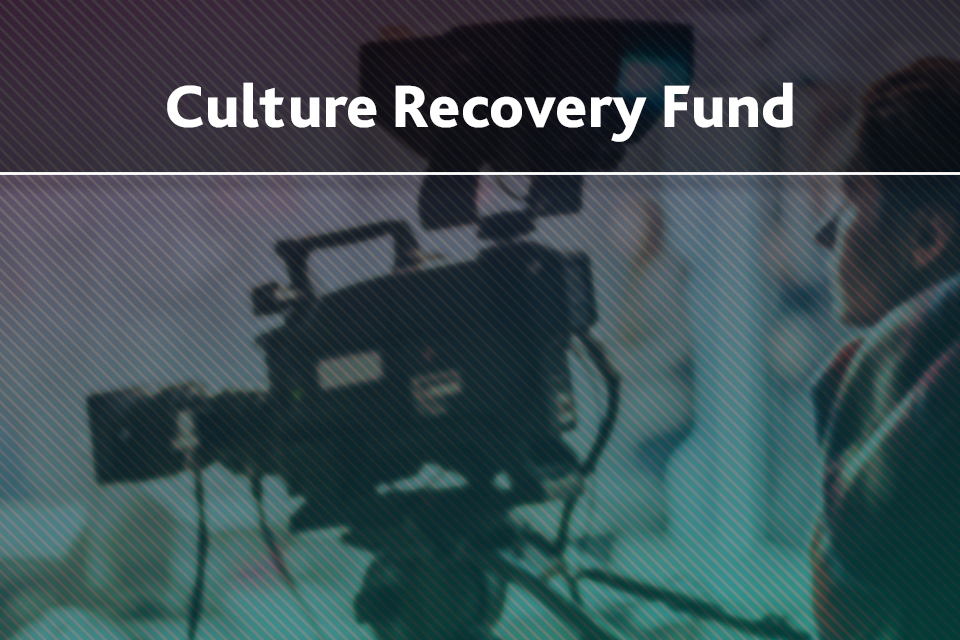 In a major move to jump start the country’s cultural and creative sectors following lockdown, the Culture Secretary has announced the launch of a Government-backed scheme worth half a billion pounds for domestic film and TV productions struggling to get coronavirus-related insurance.

The Government has also today set out how organisations can apply for £880 million in grants from next week as part of the £1.57 billion Culture Recovery Fund, which is the Government’s biggest ever one-off investment in the arts.

The new UK-wide £500 million Film and TV Production Restart Scheme will help to get TV and film productions across the country that have been halted or delayed by a lack of insurance to get back up and running, by giving productions the confidence they need that they will be supported if future losses are incurred due to Covid-19.

It will fill the gap left by the lack of available insurance and cover coronavirus-related losses for cast member and crew illnesses and filming delays or disruptions caused by the ongoing battle against the virus.

In the UK, the film and television production industry supports more than 180,000 jobs and contributes more than £12 billion to the economy annually.

The funding will be available to all productions made by companies where at least half of the production budget is spent in the UK and is estimated to cover more than 70% of the film and TV production market to the end of the year.

From award-winning dramas, to iconic comedies and revered documentaries, the UK makes the films and TV shows the world can’t wait to watch. Today’s announcement means more clapperboards snapping into action in studios across Belfast, Glasgow, Cardiff, Watford and many more.

Our screen industries are high growth, jobs creating and showcase the best of British creativity and innovation, and I’m pleased we can give them this jump-start to get the cameras rolling again on this £12 billion industry.

The UK’s film and TV industry is the envy of the world, and it’s vital that productions get the help they need to restart as part of our plan to kickstart jobs following the lockdown.

This targeted scheme, which will help fill the gap created by the lack of available insurance, will help protect tens of thousands of jobs, from actors and directors through to camera operators, costume designers, and runners. The sector is worth over £12 billion to the UK’s economy, so it’s right that we do what we can to help them reopen and get back to making the films and shows that we all love.

As part of the Arts Recovery Fund, grants of up to £3 million will protect important cultural assets and ensure arts and heritage continues to play a key role in levelling up the country.

The British Film Institute, Arts Council England, Historic England and the National Lottery Heritage Fund have published guidance today on how they will judge and distribute applications.

A new independent Culture Recovery Board will be chaired by Sir Damon Buffini to help administer the programme, advising on the largest grant as well deciding the beneficiaries of the £270 million repayable finance element of the £1.57 billion package.

Help is on the way to our much loved cultural and heritage organisations with our £1.57 billion fund. This support package will protect buildings, organisations and people to help ensure our wonderful institutions, big and small, pull through Covid.

Today we’re publishing guidance so organisations know how to access help. We’re also calling on organisations to be creative in diversifying their income streams and the public to continue supporting the places they love so this funding can be spread as far and wide as possible”.

In this first round of funding £622 million will be distributed. Arts Council England will oversee £500 million to support institutions across the arts and cultural sector including theatres, music and comedy venues and museums. This allocation includes £2.25 million in targeted immediate, emergency support for grassroots music venues, which was announced last week.

Independent cinemas will be able to apply to the British Film Institute’s £30 million grant scheme. The National Lottery Heritage Fund and Historic England will deliver £92 million worth of grants to protect heritage sites.

The remaining £258 million will be reserved for a second round of funding later in the financial year to meet the developing needs of organisations.

Successful applicants for grants will need to have an innovative plan for how they will operate and be sustainable for the remainder of this financial year, and be able to demonstrate their international, national or local significance. Smaller organisations must show how they benefit their local community and area.

This is very welcome news from the UK Government who have worked at pace with the UK’s Film, TV and broadcasting industry to develop a fund that will unlock tens of millions of pounds of production Spend and help to get production companies and freelancers back to work doing what we do best making great programmes for the UK and global audiences.

It is an understatement to say how pleased we are that a decision has finally been made to support the film and television industry at this unprecedented and crucial time. Without the government’s backing our industry, which is held in such high regard throughout the world, was under serious threat. We can go forward with our project MOTHERING SUNDAY shooting this Autumn as planned with the best of UK talent now secure in their jobs. It is an enormous relief to us and to many people who have been working tirelessly to keep projects alive over the past few months. We would like to thank those who given support and to those who have played a hand in reaching this vital and welcome decision.

Culture Recovery Fund and Board

Arts and cultural organisations are an integral part of public life in villages, towns and cities across the country. We warmly welcome and are pleased to be administering this vital investment from Government, which will help ensure as many organisations as possible survive the existential challenge posed by Covid-19 so they can continue to serve their communities safely in the future.

For many cultural organisations this funding will be the lifeline they have been waiting for and I urge them to apply as soon as possible. As the lockdown has lifted, and the public have begun to return to some of our much-loved places, the true value of our culture and heritage is more obvious than ever. It is vital in creating economic prosperity, in making local communities better places to live, and in supporting our own personal sense of wellbeing.  We remain dedicated to helping the sector emerge from this crisis with strength and resilience so that it can thrive once again.

The effect of Covid-19 on our heritage has been wide-reaching. The historic places that help define us are at risk of being lost forever. This Government emergency funding package of £92m, which we will deliver in partnership with the National Lottery Heritage Fund, will be a lifeline for the heritage sector. England’s heritage is worth £31 billion to the economy, supports nearly half a million jobs and engages even more volunteers. It has a central role to play as the country moves towards a sustainable recovery. This crucial funding will help the organisations who look after our locally-cherished historic sites. It is a recognition that investing directly in historic places can bring wide ranging social benefits, inspiring communities to engage with their past and encouraging creativity, regeneration and growth.

The BFI Screen Sector Taskforce highlighted the huge financial pressures facing cinemas as some of the first cultural venues to reopen with strict social distancing. So we really welcome the Government’s culture recovery funding and its vital support for independent cinemas across the UK, many of whom will soon be able to provide audiences with a positive and safe cinematic experience.

Sir Damon Buffini, Chair of the Culture Recovery Board, said:

The full list of board members on the Culture Recovery Board is as follows:

Biographies for Independent Board members

Sir Damon Buffini was a founding partner of Permira, which was named European Private Equity Firm of the decade (1996-2006) during his time as Chairman and Managing Partner, and where he remains a senior adviser. Damon was a Main Board Governor and Chairman of the Investment Committee for the Royal Shakespeare Company for five years, 2010-2015. From 2012-2018, Damon was a Governor of the Wellcome Trust. Damon is currently Chair of the Royal National Theatre, where he was appointed in 2015, and he is also Chair of the Royal Anniversary Trust. Damon was knighted in 2016 for philanthropic and voluntary services.

Claire Whitaker has over 25 years of board level experience as an executive and non-executive in the arts and civil society. Claire was an owner/director of live music producers, Serious, and Director of Africa 95, a cross art form celebration of the arts of Africa. She is bid Director for Southampton UK City of Culture and a Trustee of the Paul Hamlyn Foundation.

Hemant Patel is Finance Director of Premier Inn & Restaurants at Whitbread plc. Until 2017, Hemant was chairman of Interplay Theatre, a Leeds based company using the arts to work with children in special schools nationally and socially excluded children locally. Hemant became Chair of the Royal Armouries in 2018. He left the Armouries in November 2019 and joined DCMS (Department of Digital, Culture, Media and Sport) in March 2020 as a non-executive board member and chair of the audit and risk committee.

Samir Shah is Chief Executive and Creative Director of Juniper, an independent television and radio production company. He is Chair of the Museum of the Home and was, from 2005 to 2014, a Trustee, then Deputy Chair of the V&A. Before Juniper, Samir was head of current affairs television at the BBC and, later, responsible for the BBC’s political journalism across radio and television.

Baroness Kate Fall is a Senior Advisor at Brunswick Group LLP where she has run its geopolitical practice since November 2016. Kate is a member of the House of Lords and sits on the International Relations and Defence Select Committee.

Business Embrace data to deliver for the public, Chief Secr…
0
✖