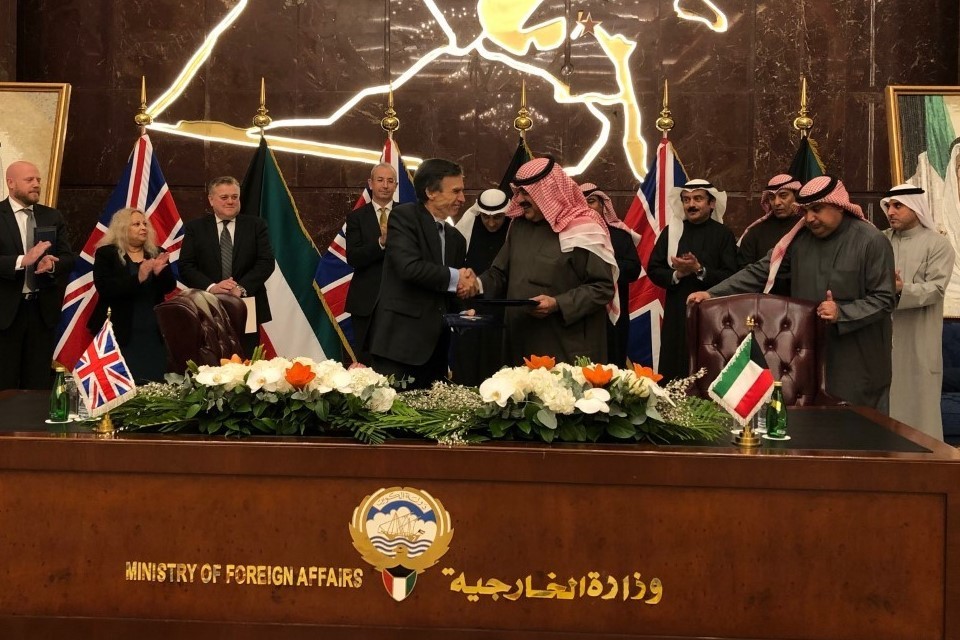 The ministers thanked officials for progress made during the work of the Joint Steering Group. Signing a formal action plan, they expressed their commitment to working together over the next 6 months to advance the close Kuwait-UK relationship to the benefit of both countries. The ministers also noted the success of the recent visit to Kuwait by the Duke of Cambridge in December 2019.

The discussions on defence focused on ways to strengthen cooperation between the two countries especially on training and joint exercises. The discussions referred to Exercise Desert Warrior, which was held in December 2019 and was attended by HRH the Duke of Cambridge. Discussions on security focused on combating shared threats, including protecting aviation interests through improved airport security and training.

Both Dr Murrison and Mr Aljarallah attended the signing of an MoU between Kuwait Fund for Arab Economic Development and UK Department for International Development to establish a framework for operational co-operation including identifying ways in which collaboration between them can contribute to the realisation of the UN Sustainable Development Goals (SDGs) and strengthen the global development efforts. They also attended the signing of an MoU between the Kuwait Society of Engineers KSE and the UK Engineering Council EngC , which will provide Membership to UK Chartered and Incorporated Engineers according to KSE requirements and the criteria needed to become members of KSE, EngC shall do the same according to EngC requirements and criteria needed for that.

The UK is proud of its strong relationship with Kuwait, a friendship which celebrated its 120th anniversary in 2019. Our partnership crosses multiple sectors, including trade, investment, defence, security, healthcare, education, scientific research, the environment, culture and international development. I look forward to seeing the fruits of our ongoing partnership continue to flourish as we move into 2020 and beyond.