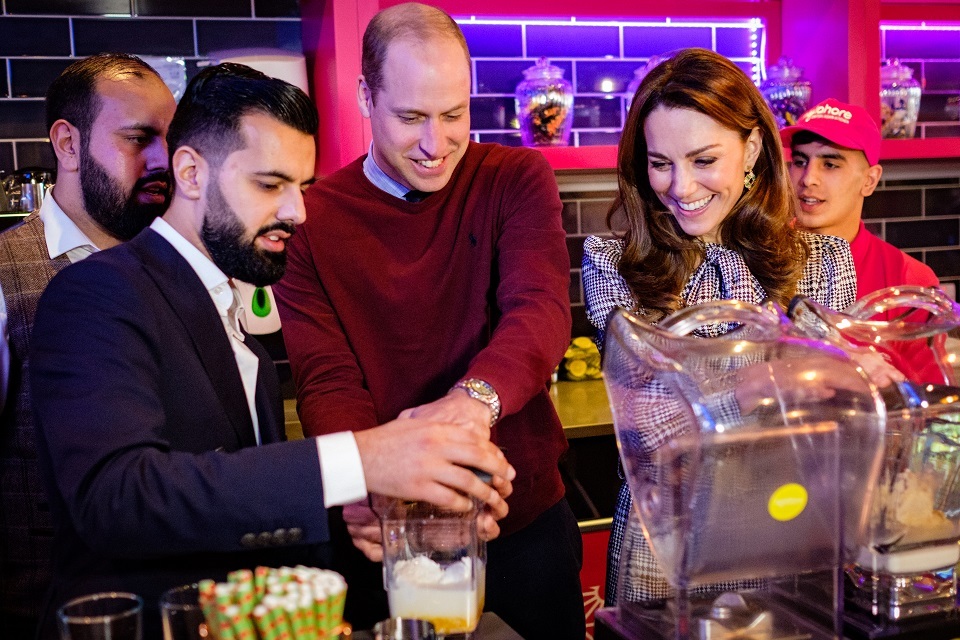 As part of the programme, they also visited one of the city’s flagship restaurants MyLahore, and heard about its charitable work.

Founded in 2002, MyLahore is a British Asian restaurant chain which has taken inspiration from the city of Lahore; The Duke and Duchess of Cambridge visited Lahore during their tour to Pakistan in October 2019.

Their Royal Highnesses visited the restaurant’s kitchen where they met students from Bradford College on a kitchen apprenticeship scheme at MyLahore. The Duke and Duchess joined students making kulfi milkshakes and mango milkshakes before sitting down to meet representatives from the UK Women’s Muslim Council and those who have benefited from the Council’s Curry Circle.

The Curry Circle, which is sponsored by MyLahore, is an initiative that provides a hot two-course meal for people who are homeless or struggling to feed themselves.

The City of Bradford is home to thriving and diverse communities making huge contributions to modern British life including a large Pakistani diaspora. The visit of the Royal Highnesses to MyLahore in Bradford is one example of this which showcased not only great Pakistani food and a great business, but also brilliant work to help those in need.

Co-operation and friendship between the UK and Pakistan is stronger than ever, thanks to the strength of the dynamic Pakistani diaspora in the UK, the business investments being made in both countries, and a vibrant next generation in both the UK and Pakistan which want to build on these links.

From 14 to 18 October, The Duke and Duchess of Cambridge visited Pakistan. They traveled over 1000 km, visited 3 provinces and took part in 16 events.

In Lahore they visited to SOS Children Village and to the Shaukat Khanum hospital, a charity visited by Princess Diana. They visited the famous Badhshahi Mosque, where they joined faith leaders to discuss religious tolerance.

In Islamabad, The Duke and Duchess promoted education through a visit to a Government High School for Girls and an outdoor education event. In northern Pakistan, they drew attention to the environment, including visiting a remote glacier.