The 2 year, £30,000 project, which is part of a fish improvement programme, is being funded by the Environment Agency and the Severn Rivers Trust. The Banister Charitable Trust has also provided an additional £9,000.

The project sees Environment Agency fisheries officers using different coloured dye markings on fish for different stretches of the river above Alcester. Anglers are being asked to record catching fish with their dye colour, so data can be compiled by the Environment Agency showing where fish are migrating to on the river. Local angling clubs have been given LED flashlights to help with the identification process.

In addition, to improve water quality and geomorphology, new fencing and stiles are being put up along parts of the river to prevent cattle entering the water, 1,000 trees are being planted along embankments, and there are plans for removing a weir.

We’ve responded to concerns of anglers about declining fish stocks and plan to run this project over a few years so that we’ve got really good data to monitor fish populations.

The project will help anglers to increase their knowledge of fish populations in the river and just how far up and downstream they migrate. 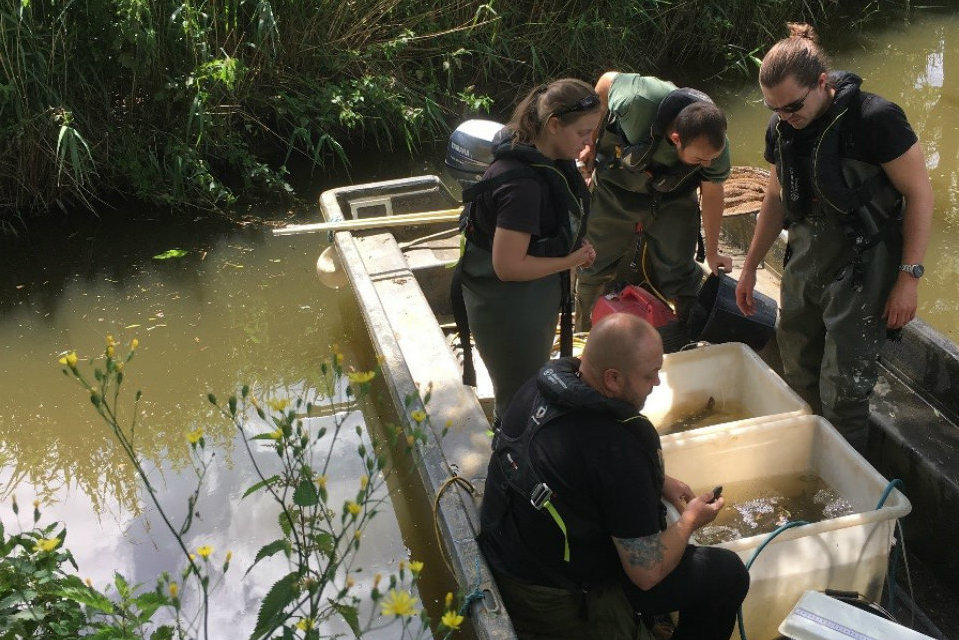 Dye project to identify fish migration on the Alne