E3 Statement to the IAEA Board of Governors on Verification and monitoring in the Islamic Republic of Iran, March 2021 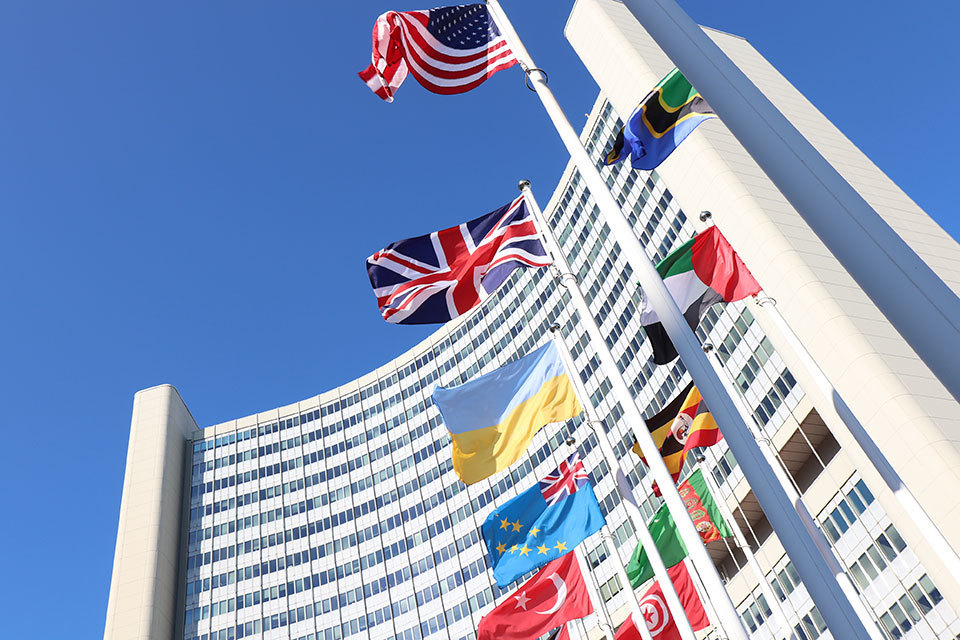 France, Germany, and the United Kingdom would like to thank DG Grossi for his latest report contained in GOV/2021/10 and DDG Aparo for the Technical Briefing.

As E3 we remain fully committed to the JCPoA, which, when implemented, is in the collective security interests of all.

We remain extremely concerned by Iran’s continued violations of its nuclear-related commitments in recent months, including the significant new escalatory steps taken since November 2020. Iran’s announcement that it will no longer allow JCPoA-related monitoring arrangements, and that it will cease application of the Additional Protocol, is of particular concern. This will make it harder for the international community to assure themselves that Iran’s activities remain exclusively peaceful.

Some of the measures have irreversible consequences for Iran’s nuclear capabilities. Iran’s actions seriously undermine the non-proliferation benefits of the JCPoA and further complicate its revitalization.
As reported by the Agency, the LEU stockpile is now more than fourteen times higher than the limit of 202,8 kg we agreed to in the JCPoA. For the first time since the start of the JCPOA, Iran now enriches uranium up to 20%. There is no plausible civilian reason for this activity, and we urge Iran to reverse course without delay.
Iran continues to install over a thousand advanced centrifuges in the underground facility of Natanz and is preparing the installation of hundreds more at Fordow. Several cascades are already being used for uranium enrichment, and others could be put in use in the near future. Some of these activities are providing Iran with irreversible knowledge gain that it did not possess prior to signing the JCPoA, as well as permanently and significantly enhancing Iran’s enrichment capacity.

Furthermore, Iran formally suspended implementation of the IAEA Additional Protocol, and of all its transparency commitments under the JCPoA. This significantly reduces the IAEA’s access and may deprive the Agency of its ability to verify that Iran’s nuclear programme is being used for exclusively peaceful purposes.
Iran’s stated intention to cease applying modified Code 3.1. of the Subsidiary Arrangements to Comprehensive Safeguards Agreement is a matter of deep concern. We remind Iran that the Code is legally binding and cannot be modified unilaterally or revoked. This has previously been affirmed by this Board in its resolution contained in GOV/2009/82 and the United Nations Security Council Resolution 1803 (2008).

In this context, we welcome the conclusion of a temporary technical understanding between the IAEA and Iran. However, this understanding does not diminish the core need for Iran to restore all accesses. Iran must fully cooperate with the IAEA to ensure the Agency can continue to fulfil its reporting mandate.

In view of the seriousness of the situation, we considered tabling a resolution at this Board meeting. We know that our very serious concerns at Iran’s actions, in particular its decision to suspend the implementation of key transparency provisions under the JCPoA and the safeguards regime, are widely shared among members of this Board.

We have decided to pause on this initiative for now, despite clear support within the IAEA Board of Governors, to allow time for the Director General to conduct the renewed effort he announced to this Board earlier this week to break the deadlock and to clarify and resolve these issues without further delay. We support the DG’s initiative. We hope that Iran will use this time to enter into a substantial dialogue with the Agency on outstanding issues. We encourage the DG to keep the Board informed regarding progress on monitoring and verification in Iran in all its aspects.

We will closely monitor developments and reserve the right to call an extraordinary Board if there is not sufficient progress on this or any of the developments discussed in this meeting. It is right that this Board keeps the very serious and significant issues addressed today under active review.

The goal of the broader diplomatic process must be for Iran to reverse its steps and fully restore IAEA accesses. This is the only way that the international community can be reassured as to the exclusively peaceful nature of Iran’s nuclear programme. The E3 is working intensively to support these efforts. We call upon Iran to accept, without preconditions, the proposal by the Coordinator of the JCPoA for an informal meeting of the JCPoA participants and the United States. A diplomatic solution is the only way out of this crisis.

We once again thank the IAEA for its accurate reporting and welcome the most rigorous and impartial implementation of its mandate conferred to it by the United Nations Security Council.

We would welcome that the Agency’s latest quarterly report on monitoring and verification in Iran be made public.

E3 Statement to the IAEA Board of Governors on Verification and monitoring in the Islamic Republic of Iran, March 2021

International Affairs Pursuing the elimination of the Syrian chemical we…