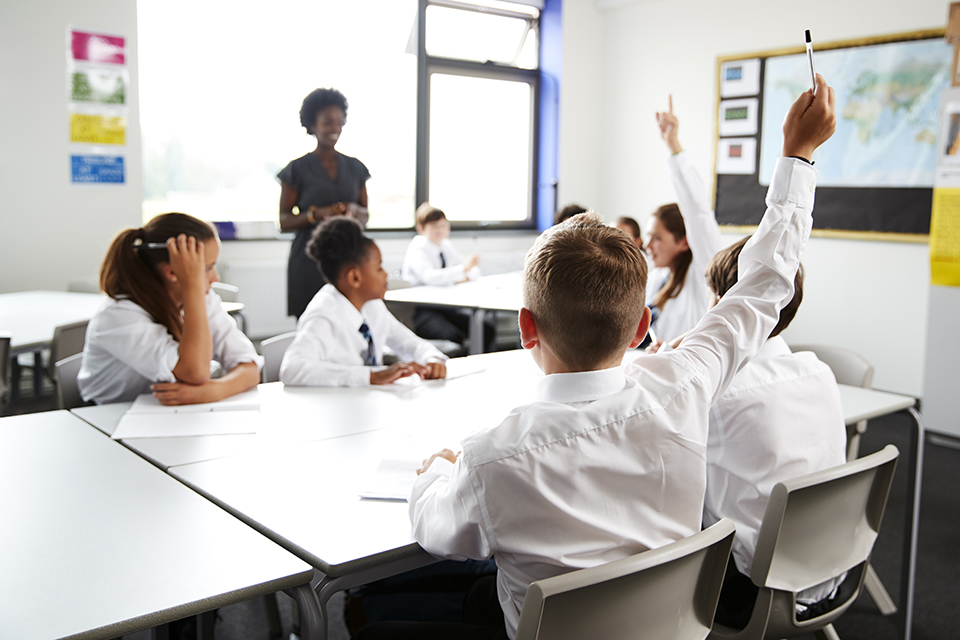 Eighty-thousand more children are now studying in good or outstanding sponsored academies, thanks to significant improvements in the last eighteen months.

Latest figures published by the Department for Education today (Thursday 11 July), show there are 380,000 children in England now studying in good and outstanding sponsored academies, up from 300,000 in December 2017.

By matching typically under-performing schools with a strong academy, schools are able to benefit from the network of support from a trust with both the capacity and capability to drive up standards, giving parents the opportunity to send their children to a good or outstanding school, where they may not have previously been able to.

Today’s figures also show that 7 in 10 previously under-performing council-run schools, that have converted to become sponsored academies supported by a strong academy trust, are now rated good or outstanding by Ofsted.

Academies have been at the heart of reforms that have revolutionised education and driven up standards since 2010, and this is just the latest evidence that they are leading the way in turning around some of the most challenging schools.

It should not be forgotten that academy trusts are charitable institutions, giving back to their communities, and making a huge difference to the futures of thousands of young people – the figures today prove this point loud and clear, and it is important that we tell their stories.

The figures published today follow a significant increase in the proportion of children studying in good or outstanding schools – of all types, not just sponsored academies – in England since 2010, which has increased from 66% in August 2010, to 85% in March 2019. It also builds on an analysis published earlier this year which showed that standards typically rise faster in many sponsored academies than in similar council-run schools.

At a summit of academy leaders from some of the largest education trusts across the country on Wednesday (10 July) the Education Secretary Damian Hinds also paid tribute to academy trusts that have turned around under-performing schools since 2010 and called for trust leaders to redouble their efforts to place their charitable institutions at the heart of their communities.

Representatives from education trusts across the country attended the meeting, including Lucy Heller Chief Executive of Ark and Sir Daniel Moynihan of the Harris Federation, whose trusts are leading examples of the central role that academies have played in driving improvements in some of the worst performing schools across the country.

Harris Academy Bermondsey, for example, opened as a City Academy in 2006, replacing Aylwin Girls High School. Prior to conversion, Aylwin had underperformed for three years in a row, between 2001 and 2003. Since opening as an academy, the school has been judged Outstanding on both occasions, with Ofsted praising the ‘excellent support’ of the Harris Federation in supporting disadvantaged students.

To further build on the government’s ambition to improve how all types of schools across the country are run and ensure transparency is consistent across the education system, the department will also shortly be publishing a new consultation to address the disparity between transparency of financial reporting in local authority schools and academies.

This will aim to strengthen local authority schools by bringing them in line with the accountability and transparency standards that academies are already required to meet.

School trusts are education charities that are set up purely for the purposes of running and improving schools to give children a better future.

They do this by creating a strong and resilient structure to ensure that each child is a powerful learner and that adults have the opportunities to learn and develop as teachers and leaders.