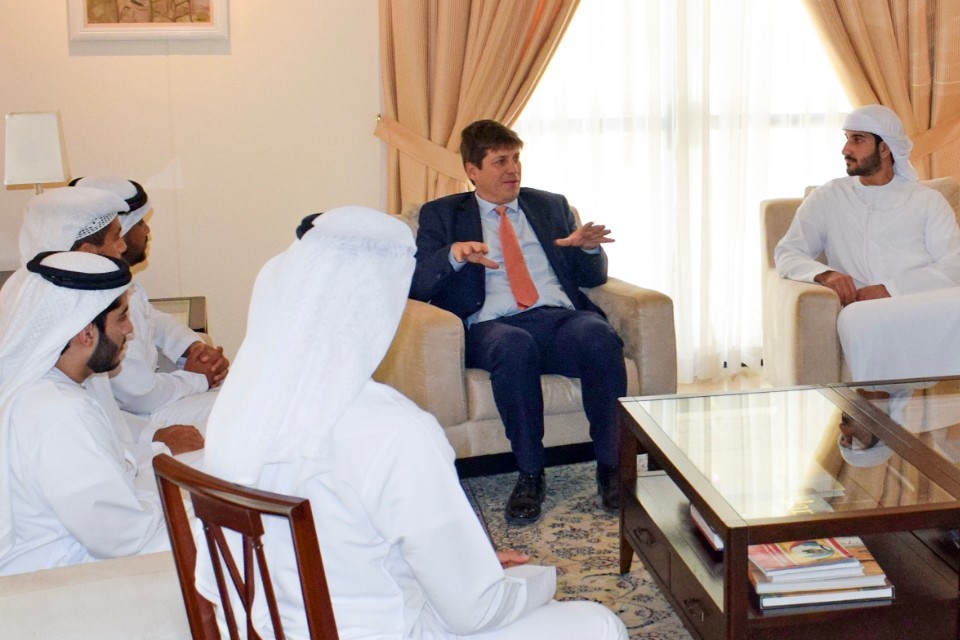 A group of seven Emirati interns from Mubadala Development Company were welcomed at the British Embassy in Abu Dhabi yesterday by Her Majesty’s Ambassador to the UAE, Patrick Moody.

The special Embassy visit took place ahead of the departure to the UK by the interns who will embark upon engineering programmes with BAE Systems, one of the world’s leading technology-led defence and aerospace companies.

During the Embassy visit, the Ambassador and the group spent time discussing what the interns can expect from their time living in the UK and working at BAE Systems.

The Ambassador also spoke about the active role the British Government and UK industry takes in supporting the UAE’s vision to empower its youth and the enhancement of its educated and skilled workforce.

The interns were accompanied on the visit by representatives from BAE Systems’ Group Business Development and Mubadala Human Capital and Emiratisation.

BAE Systems will provide two programmes for the Mubadala interns in 2019, one in its Air sector for just over four months, based in Lancashire in the north of England, and one six month placement with the Space sector based in Essex in the southeast of the country.

Emirati interns set to embark on internship programmes in the UK