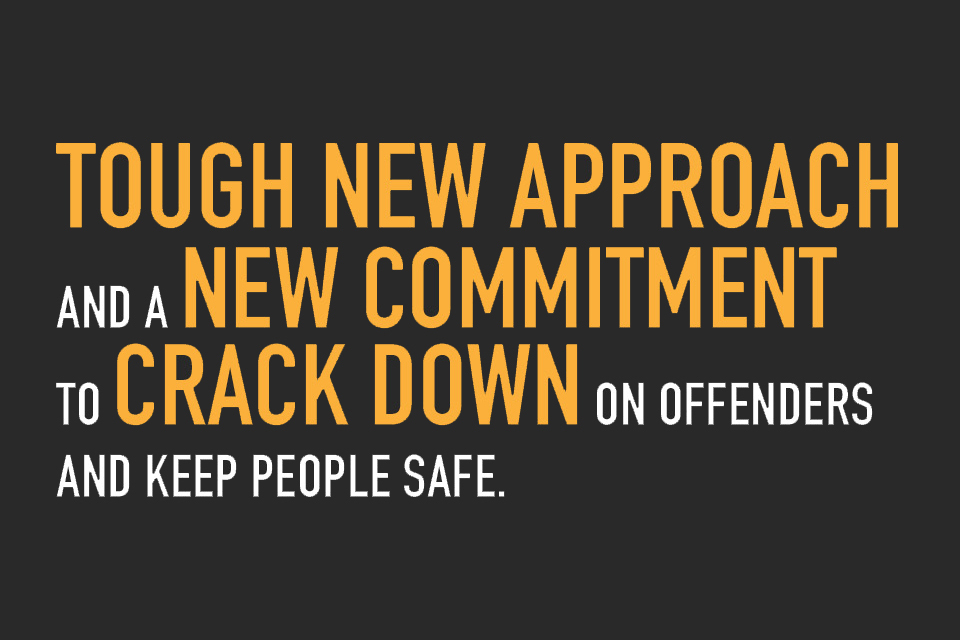 Emergency legislation introduced in Parliament today (11 February 2020) will end the automatic early release of terrorist offenders, as the government takes decisive action to protect the public and keep our streets safe.

The urgent laws, unveiled by Justice Secretary Robert Buckland QC MP, will ensure terrorist offenders cannot be released before the end of their sentence without a thorough risk assessment by the Parole Board – with those considered still a threat to public safety forced to spend the rest of their time in prison.

The new rules will apply to offenders sentenced for crimes such as training for terrorism, membership of a proscribed organisation, and the dissemination of terrorist publications.

The move will end the current automatic half-way release for offenders who receive standard determinate sentences. Instead, they will be forced to spend a minimum of two-thirds of their term behind bars before being referred to the Parole Board for consideration.

It will mean around 50 terrorist prisoners already serving affected sentences will see their automatic release halted.

No dangerous terrorist should be released automatically only to go on to kill and maim innocent people on our streets.

Enough is enough. This government will do whatever it takes to keep the public safe, including making sure no terror offender is released early without a thorough risk assessment by the Parole Board.

And we are not stopping there. We are stepping-up deradicalisation measures in our prisons, introducing a 14-year minimum for the worst terrorist offenders, and giving more money to the police to deal with these horrific crimes.

In addition to the Bill the government will ensure that when a terrorist offender is released they will be subject to robust safeguards, which could include notification requirements, restrictions on travel and communications, and imposed curfews.

The Bill is expected to be debated in Parliament as a matter of urgency, receiving Royal Assent by the end of February. It delivers on the government’s commitments following the senseless attack in Streatham last week, with ministers acting swiftly to prevent another terrorist being released early.

Recent months have been a stark reminder of the threat we continue to face from terrorism.

We are determined to ensure that dangerous terrorists are not free to spread their hateful ideologies or harm the public.

We are already boosting funding for counter-terrorism police and victims of terrorism and this legislation will ensure terrorist offenders are not released early unless there has been a full assessment of the risks.

Most serious terror offences already attract extended sentences, which require an offender to be referred to the Parole Board before they can be considered for release before the end of their sentence. The worst cases receive life sentences and may never be released.

However, those who serve what is known as ‘standard determinate sentences’ are released automatically at the half-way point. This means that authorities are powerless to prevent a release – even if an offender continues to display concerning behaviour.

The emergency legislation will prevent that from happening and make sure terrorist offenders are assessed by the Parole Board, who have the powers and expertise to examine sensitive evidence about the specific risks that terrorists pose to public safety.

Today’s announcement builds on recent action by ministers to strengthen the response to terrorism following the Fishmongers’ Hall attack in London Bridge. This includes plans for a new Counter Terrorism Sentencing Bill to be introduced in the coming months which will:

And finally, we will review whether the current maximum penalties and sentencing framework for terrorist offences is indeed sufficient or comprehensive on the underlying principle that terrorist offenders should no longer be released until the Parole Board is satisfied that they are no longer a risk to the public.