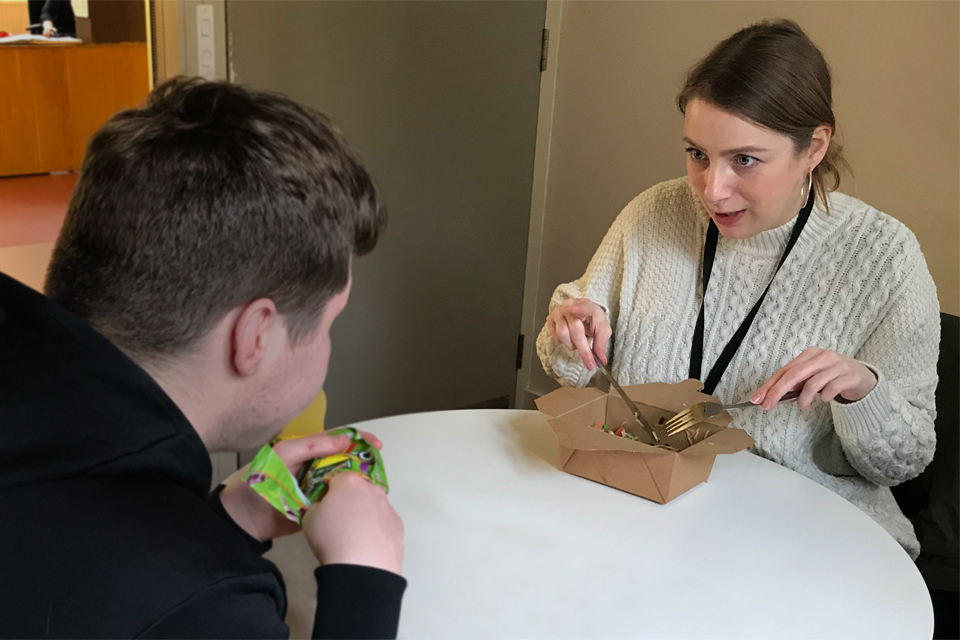 Intensive ‘in-reach’ support involves meeting with children on a weekly basis while they are in custody, and continuing this support once they are released.

A key feature of the work in Camden is that children are involved as co-developers of their resettlement plans, ensuring any work will be authentically child-led and result in improved engagement.

“An important part of the project is the co-creation element”, explains Harriet Mills, Clinical Psychologist with Camden.

Harriet goes on to say:

The resettlement work isn’t done to them, nor for them, but instead we work with them to help them identify a way out of offending and towards a pro-social life.

Prioritising a co-constructed relationship is a fundamental cornerstone of allowing a pro-social identity to flourish. Our engagement with a child is informed by attachment theory, narrative theory, and community psychology. This allows us to develop a boundaried, consistent, and attuned relationship that also takes the wider system into account and promotes the child being the author of their own story.

Supporting the child to develop their own narratives, focusing on their strengths and ambitions helps them to shift to a pro-social identity and make positive plans for their futures.

There is also a responsibility we hold as caseworkers to reflect on our emotional reactions and what we bring to the work, so that we can provide a more helpful service to the children.

Clinical supervision and reflective practice provides a space for workers to reflect on their work, including the challenges but also their own personal reactions to this work.

Children are responding well to this approach, but Constructive Resettlement may also require the system to make its own identity shift.

The fact that children were able to grasp the concept so readily indicates that it’s an organic and authentic model.

It’s something that they are ready for and able to utilise. But, it’s the systemic change element that is the biggest barrier. Taking a really novel and forward-thinking approach to child having more pro-social identities goes against how a lot of the system is set up.

Transparency with the children about these challenges has been essential for trust. We write to them whenever we are unable to make a visit so that they know we are still thinking about them.

We are in the process of getting key training at one youth offending institute, which we are hoping will allow us to be more flexible with our visits.

The Youth Custody Service has now adopted constructive resettlement as its ‘theory of change’, underpinning its reform of culture and procedures inside all of its establishments.

Early feedback from children involved with Enhanced Constructive Resettlement in Camden has been positive. “This project is good”, one child told us. “They take more interest in your daily life and what you get up to.”

“They also give you advice if needed and help you stay on a good path. If you have any dreams you wish to pursue, they’ll do everything in their power to help you”.

Another child underlines the importance of Constructive Resettlement’s focus on who they want to be going forward – “The weekly visits kept my mind focused on the future”.