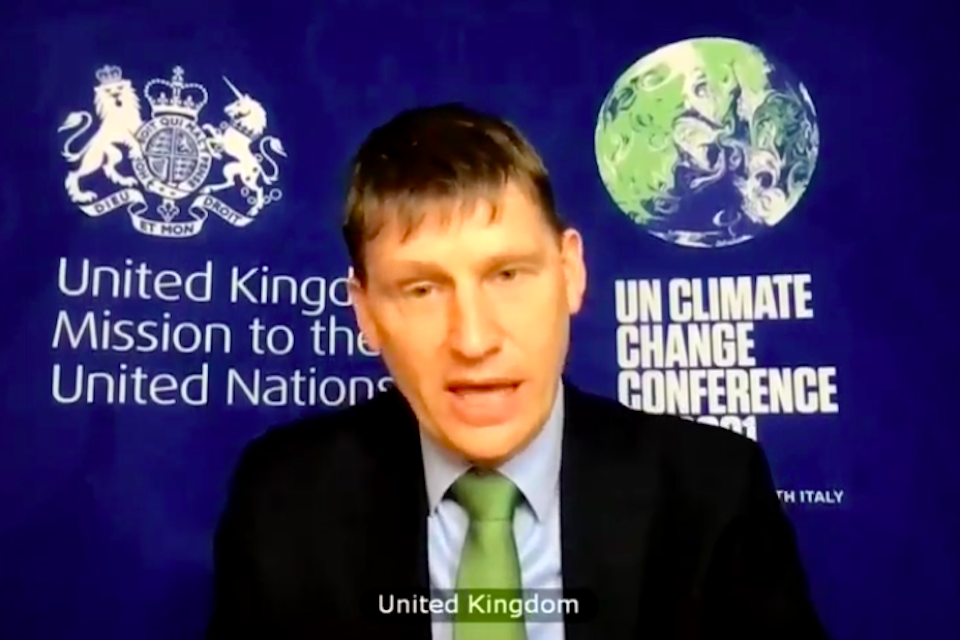 Thank you, Mr President. Let me also start by marking Ambassador Craft’s final meeting with simply saying how much I have appreciated her honesty, integrity, her compassion and her friendship on her time on the Council. And I have no doubt that she is proud of that too.

Now, Mr President, I listened carefully to the Russian ambassador’s statement, as I always do, and I think he would be the very first to admit that it was a lengthy statement – longer than the five minutes that we, as Security Council members, recommend to each other in Note 507. And I in no way wish to be impolite about this – it’s an issue we all have, not only he. And that tells me, as winter bites in Syria and as Geir Pedersen seeks action on the Constitutional Committee, we need to take the proper time as a Council to consider these two issues and return to separate meetings, as has been our practice over many years.

Mr President, as the Syrian conflict approaches its eleventh year, the situation continues to deteriorate. Over 500,000 people have died during the conflict, the vast majority civilians.

The conditions for the millions of civilians displaced by the conflict are dire. Since the beginning of the crisis, the United Kingdom has given over $4 billion in humanitarian aid in Syria and in surrounding countries. And I encourage others – especially those who support the Syrian regime and who say they are so worried about the impact of sanctions – do more themselves to support the Syrian people.

COVID-19 continues to compound the humanitarian situation, with confirmed cases having now passed 42,000. The true figure is undoubtedly much higher. All donors will need to work together to ensure the equitable distribution of COVID-19 vaccines across Syria, ensuring that those in most acute need of a vaccine are prioritised. The United Kingdom is committed to working with the United Nations to lay the groundwork for delivery of vaccines and longer-term pandemic preparedness. There are complex challenges to overcome, but the World Health Organization and other UN delivery agencies have the UK’s full support.

Efficient, effective cross-border and cross-line access, as we have heard from the UN and from NGOs for many months now, remains essential to meeting the needs of the Syrian people. Over the course of 2020, we saw the loss of three border crossings and a further increase in humanitarian needs by over two million people. Cross-line access alone is sadly not enough to sustain the humanitarian needs of 30 million people – about three quarters of the population.

Aid running through Bab al-Hawa has never been more important, and the rationale for renewing the cross-border mandate in the summer has not diminished. Indeed, with the prospect of a vaccine, the delivery of which may well require complex storage and supply chains, it only grows stronger. .

Mr President, in order for the humanitarian response to keep up with growing needs, the volume and frequency of aid being delivered via Damascus to northeast Syria needs to increase, including to those areas outside of regime control. This means alleviating bureaucratic hurdles and ending arbitrary denials of access for aid workers, an abhorrent example noted by Under-Secretary-General Mark Lowcock last month of the blocking of food aid to 220,000 people in Raqqa is simply unacceptable.

We are also concerned about the recent water crisis in regime-controlled Syria. As with many serious problems, rampant corruption has played its role, with regime diesel supplies designated for the city’s water pump generators being sold illegally. The food, fuel and economic crises – all of the regime’s making – sadly continue.

An improvement in the humanitarian situation is only possible with a reduction in violence. We remain deeply concerned by ongoing violations of agreed ceasefires, with routine violence in the northwest, including shelling and sporadic air strikes; an escalation in tensions in the northeast; and a surge in attacks claimed by Daesh.

Now, Mr President, the political settlement envisaged in Resolution 2254, which this Council adopted unanimously just over five years ago, remains the best means of resolving Syria’s multiple crises. It is vital that the parties engage constructively on the substantive issues of the Constitution during the fifth meeting of the Constitutional Committee this month.

Progress to date has been too slow, but there is a sense that we are approaching a watershed moment. We hope the regime delegation will arrive in Geneva willing to engage in good faith in the talks.

Without a new constitution, free and fair elections involving all Syrians, including members of the diaspora, cannot take place as envisaged in Resolution 2254. Plans to hold elections according to the previous constitution would contradict the political process by this Council. The UK will not recognise elections which are neither free nor fair.

Free and fair elections should involve all Syrians, including members of the diaspora. If the Syrian regime wants refugees to return, they need to ensure that the conditions set out in paragraph 14 of Resolution 2254 are met and that Syrian citizens will not be returning to the status quo that led to and sustained this conflict.

Mr President, let me turn to the subject of sanctions. The Syrian regime and its Russian backers blame ‘Western’ sanctions for the failing economy in Syria. In reality, the regime has devastated its own economy through nepotism, corruption and by funding brutal violence against its people. It must bear responsibility for this. On 1 January, the United Kingdom’s autonomous Syria sanctions regime designated 353 individuals and entities responsible for repressing civilians in Syria. It is the UK’s most extensive sanctions regime. I want to be clear: UK sanctions target those individuals in the regime responsible for civilian suffering and prevent those who support and benefit from the regime from entering the UK, channelling money through UK banks and profiting from our economy. Food and medicine are not subject to sanctions, and exemptions are in place for humanitarian aid and the COVID-19 response.

Mr President, as we have said so often, the path to the removal of sanctions is clear. Rather than interfering with aid, bombing schools and hospitals and detaining and torturing its people, the Syrian regime must heed the calls of its population, engage seriously the Special Envoy Pedersen and the UN-led political process, and achieve a peaceful end to the conflict.