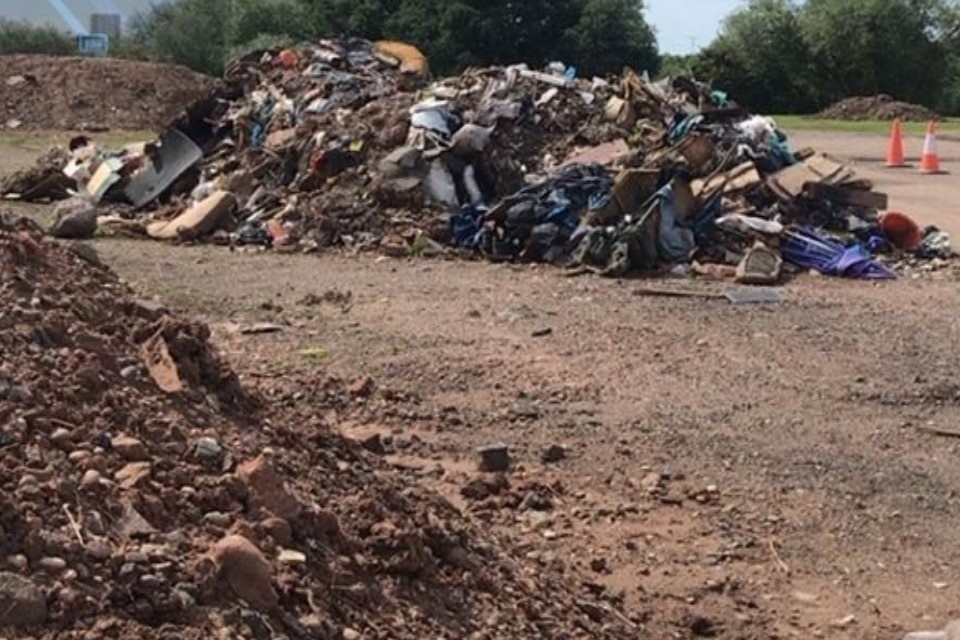 Following a report that large scale waste was being deposited on a former car boot site and then buried near the bank of the River Cole in Coleshill, the Environment Agency started an investigation.

The officer investigating for the Environment Agency has worked with the Warwickshire Rural Crime Team. The team surveyed the site and provided photographs of illegal activity taking place that could later be used as evidence.

An excavator that was initially on site has since been removed, after the Environment Agency’s investigating officer warned the company that had supplied the equipment that any activity on the site was illegal and any plant or vehicle found on the site would be seized.

While the machinery has since been removed, the waste, which includes household and construction materials, remains on site. The investigating officer along with the Environment Agency’s National Enforcement Service who followed up the police investigation, are now monitoring the site for signs of any further illegal activity.

The land is privately owned and efforts are now being made to notify the landowner of the illegal activity that is taking place. Landowners may be committing an offence by allowing waste to be stored on their land without the relevant permissions, which could leave them liable to prosecution, or they may not be aware of the waste that has been dumped on their land.

We remain committed during the coronavirus situation to reducing waste crime and reducing the opportunities for those operating illegally to do so.

Thanks to the support and assistance from the Warwickshire Rural Crime team we have some good photographic evidence which will help with our investigation into the illegal waste activity near Coleshill.

Landowners need to be extra vigilant during the current situation so they don’t get dumped on. Waste criminals could target their land so landowners should make regular checks to make sure it’s secure.

Our advice to homeowners and businesses, as always, is to check someone is registered to take your waste away as you could be breaking the law if your waste isn’t managed properly.