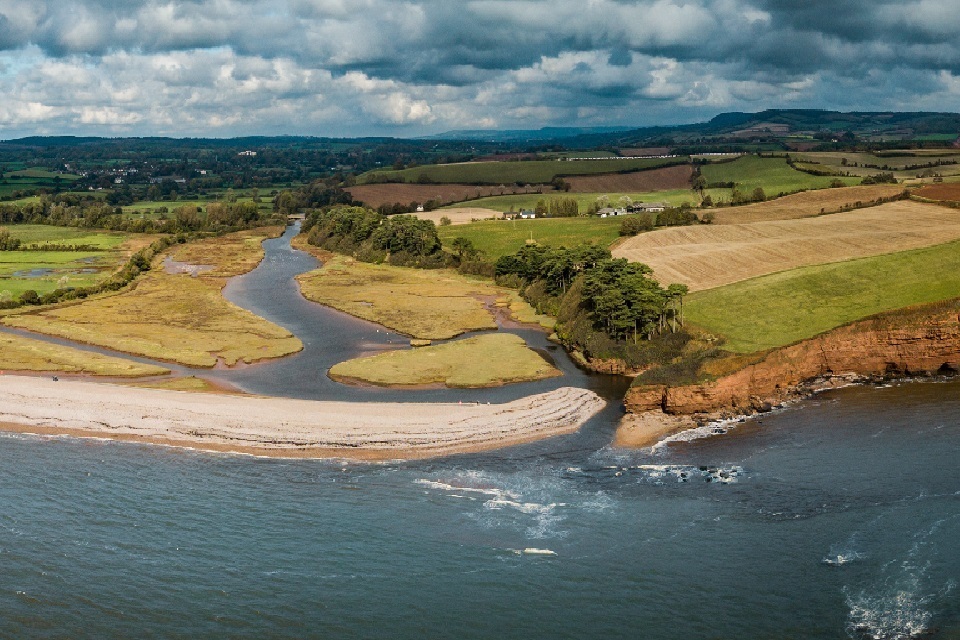 If approved, the Lower Otter Restoration Project (LORP) will reconnect the River Otter to its historic floodplain and return the lower Otter Valley to a more natural condition. The scheme will create 55 hectares of mudflats, saltmarsh and other valuable estuarine habitats.

LORP is a partnership between the Environment Agency, local landowner Clinton Devon Estates and the East Devon Pebblebed Heaths Conservation Trust that currently manages the estuary.

The Environment Agency has submitted plans to East Devon District Council on behalf of LORP as the £15 million project enters its final phase. Success rests on the project gaining planning approval. A marine licence application has also been submitted to the Marine Management Organisation (MMO). If successful, work will start next year and be completed by spring 2023.

The Lower Otter project is largely funded by the European Interreg programme through an initiative called Promoting Adaptation to Changing Coasts (PACCo). It is partnered with a similar project in the Saâne Valley in Normandy, France. Both schemes aim to demonstrate that early adaptation to climate change brings greater benefits than a delayed response or inaction. If successful, the adaptation model for these two projects will be rolled out to other locations in the UK and France.

The Lower Otter estuary lies within the Jurassic Coast, a World Heritage Site and is a Site of Special Scientific Interest (SSSI). The planning application is the culmination of 7 years of public consultation, careful planning and detailed discussions between a wide range of stakeholders.

Although much loved, the Lower Otter Valley has been heavily modified by human hand in the last 200 years with the construction of an embankment, a road, a rubbish tip, an aqueduct and an old railway line. These structures are difficult and expensive to maintain and restrict natural processes including the movement of water. This reduces habitat quality and diversity. Since the creation of an embankment in the early 19th century, the River Otter has been disconnected from much of its original floodplain.

The creation of new habitats and restoration of the site will be achieved by breaching the embankment that currently separates agricultural land and Budleigh Salterton Cricket Club from the river and estuary. This will allow a much greater extent of the original floodplain to flood at high tide and drain at low tide producing important mudflats and saltmarsh for wading birds. There will also be areas of reedbed and grazing marsh.

Once established, the new site will become a wildlife reserve of international importance within 5 years. By working in partnership and sharing common aims for the Lower Otter Valley, the Environment Agency, Clinton Devon Estates and East Devon Pebblebed Heaths Conservation Trust hope the aspirations of all 3 organisations can be fulfilled.

The planning application is a major step for the project which arose initially from the Estate looking for ways to manage the area in a sustainable way for people and wildlife in the face of climate change and rising sea levels.

We have worked very closely with a wide range of stakeholders who have helped us reach this milestone and we are grateful for their input over the years. We had hoped to hold a public exhibition to share these plans with local people but the Covid-19 pandemic has forced us to rule this out.

Instead we will be outlining our proposals on the project website and hope to be able to answer any questions people may have online. People will be able to comment on the applications in the usual way via East Devon District Council and the Marine Management Organisation websites.

Climate change is affecting the way we manage our coasts and estuaries and we must adapt to that change. The Lower Otter Restoration Project will provide an example of how we can do that. We hope that our vision for more sustainable management of the Otter Estuary will be supported and that by working in partnership we can deliver long term benefits for people and wildlife.