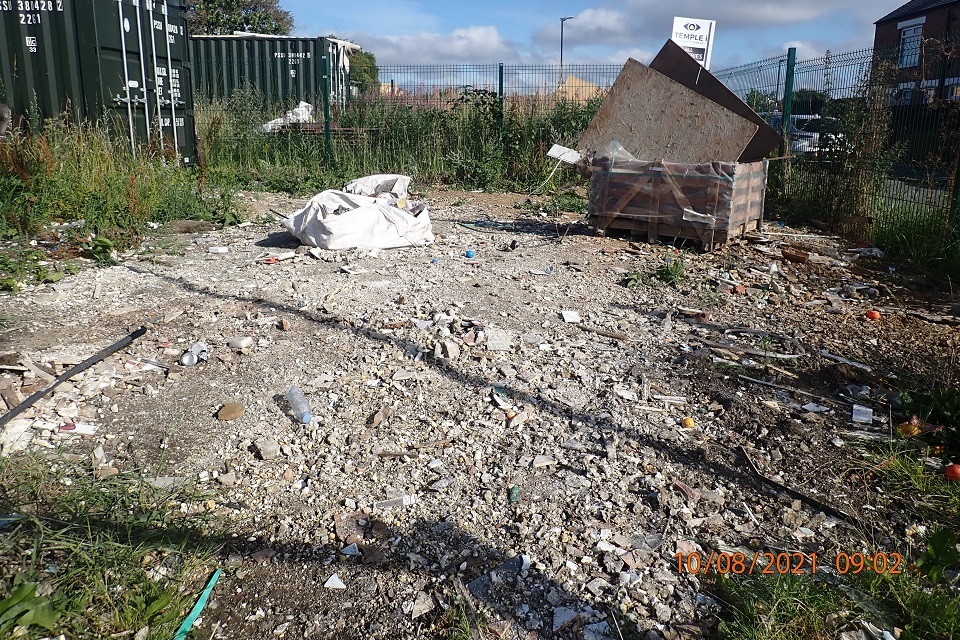 The Environment Agency was contacted by Sunderland City Council following complaints from the surrounding community after the owners of two allotments were found to be operating a rudimentary waste transfer station, sorting waste illegally collected from local house clearances.

The waste, which included tyres, refrigerators, bathtubs and doors was being sorted to recover valuables before the remainder was left in-situ, on unmade grounds, where it presented a risk to the environment and public health.

Our waste team acted swiftly to protect local people and the environment by shutting down this illegal waste site.This should act as a warning to any person or business who transports, treats, stores or deposits waste without the required environmental permit – you are breaking the law and we will not hesitate to take action.

Landlords and landowners also need to take care because if waste is left illegally on any land, as happened in this case, they have responsibility for removing it.

Following our initial investigations into this case, we wrote to the landowner and those renting the allotment letting them know there could be serious consequences if the illegal activity did not stop immediately and the site cleared. Thankfully our advice was taken on board and the waste has now been removed.

This is a great result for the local community and demonstrates the impact our regulation has on tackling waste crime.

Offence to deposit waste without a permit

It is an offence to deposit or knowingly permit waste to be deposited on land unless in accordance with the conditions of an environmental permit, and if convicted in the Magistrates court, the maximum punishment for such offences is 12 months imprisonment and/or an unlimited fine. In the Crown Court, sentencing could be as much as a five year jail term or an unlimited fine.

We would encourage people to use their local authority’s waste collection and recycling services, but where this isn’t possible, you should ensure that your waste is taken away by businesses that are properly authorised to carry it.