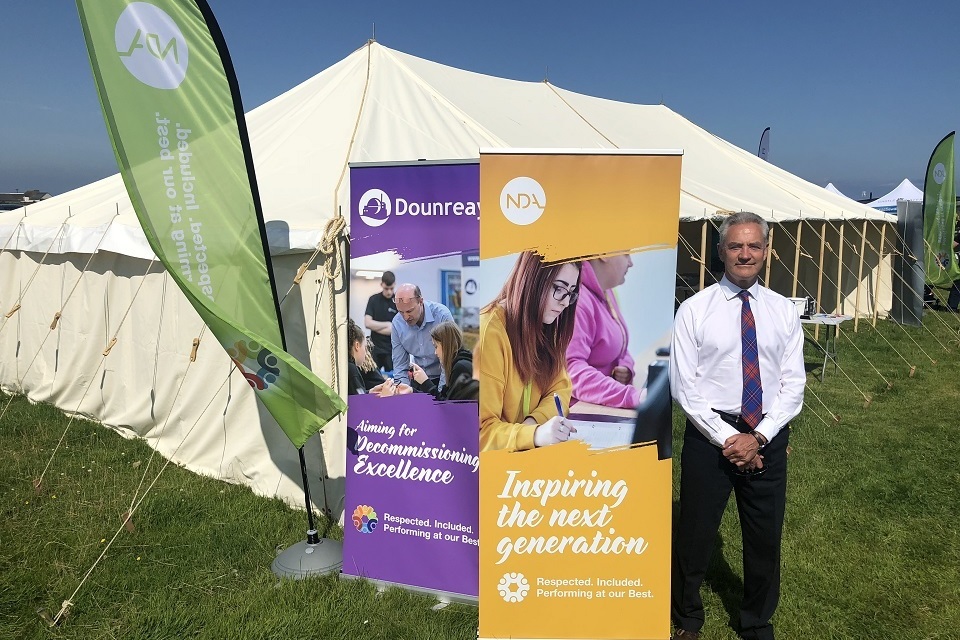 The NDA, the organisation responsible for decommissioning and cleaning up the nearby Dounreay site in Caithness, was main sponsor for the games – heralded as an exemplar for fairness and inclusion in sport and competition.

Celebrating sport and culture in the far north Highlands, the 2019 games championed equality in gender and ability.

Winners were given the same level of prize regardless of whether they were female, male or adaptive athletes.

David Peattie, Chief Executive of the NDA, attended the Mey Games, and said:

Embracing equality, diversity and inclusion across sport will serve to further inspire athletes to perform at their best – just as it inspires others in society. It is these principles that the NDA group holds at its heart.

We are committed to investing in the communities around our sites and the Mey Games is an event of real significance to the Caithness community.

David presented three new trophies to the top female, male and adaptive athletes. These will be presented in future games.

STEM ambassadors from Dounreay were on hand during the day to promote the work being done to inspire young people into science, technology, engineering and maths.

The NDA also donated a ‘build-your-own-robot’ which was raffled and the proceeds of which will go to the Lifeboats Association.

I am delighted that some of our apprentices were part of the event, making STEM subjects interesting and fun, with the activities they regularly deliver in Caithness and North Sutherland schools.

We are incredibly proud to have a strong network of more than 80 STEM ambassadors who make a real difference, promoting science and engineering subjects in the community. This is just one of the positive things that we can do to ensure the area continues to have the right skills to attract and maintain high quality, sustainable employment in the future.

In 2018, Mey Highland Games became the first in Scotland to introduce an adaptive element, inviting para athletes to take part.

The event, held at the Show Ground fields in John O’Groats, includes all the favourites of a traditional Highland Games.