Fish in the River Exe can swim easier upstream now a fish pass has temporarily been extended.

Except during times of heavy flow, salmon and trout have been unable to get beyond Trews Weir in Exeter after the water level dropped more than a metre when part of nearby St James’ Weir washed away.

The large presence of salmon makes the River Exe one of the most valuable rivers in Devon and Cornwall. Salmon use the river to travel to and from their breeding ground in the heart of Exmoor.

Finding an answer to this problem has been difficult and time consuming. Extending a fish pass is not as simple as it sounds.

You have to account for water levels possibly changing again, how long the extension will be in place and the time needed to design and manufacture the final article.

The Environment Agency has allocated £470,000 to the scheme. The extension was part assembled on dry land by contractor Kier with baffles – sheets of metal shaped into waves – attached to the structure before a crane lowered it into the river.

The fish pass will be temporarily extended 7.3m so that it reconnects with the water and will remain fit for purpose for at least two years while a permanent solution is designed. As salmon are attracted to strong currents, 48 bags of rocks – each weighing four tons – have been put into the river to channel salmon along the weir to the pass. 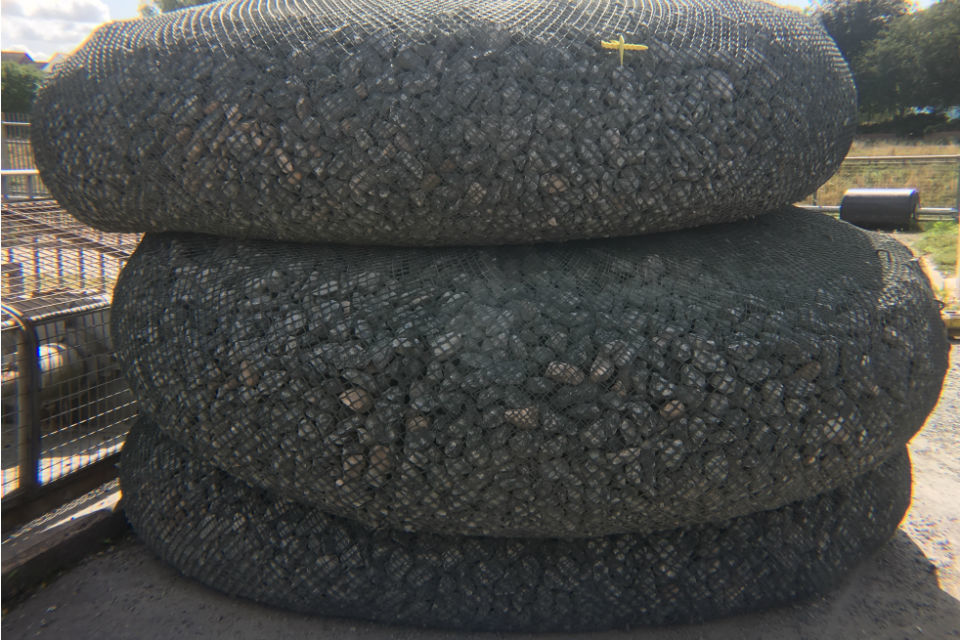 Bags of rock, each weighing 4 tons, will channel salmon to the pass

Cameras at the top of the fish pass will collect data before and after the extension is built, to let us know if the temporary extension is helping fish.

The next step is to design an extension for the eel pass as elvers cannot ascend the weir.

The Environment Agency is looking at the long-term options for St James’ Weir with Exeter City Council, which was damaged by high winter flows shortly after Christmas 2018.