Defence Minister Anne-Marie Trevelyan cut the steel for the UK’s newest warship at a ceremony at BAE Systems’ shipyard in Govan on the River Clyde today.

Marking the official start of build on the second of eight City Class vessels, it also represents another significant milestone for the Type 26 programme, the Royal Navy, UK Defence and shipbuilding in Scotland. All eight Type 26 frigates will be built on the Clyde, with the work sustaining some 1,700 jobs in Scotland and 4,000 jobs across the wider UK maritime supply chain for decades to come.

The Royal Navy’s new world beating Type 26 anti-submarine frigates are truly a UK-wide enterprise, supporting thousands of jobs here in Scotland and across the UK. These ships will clearly contribute to UK and allied security, but also make a strong economic contribution to the country. With 64 sub-contracts already placed with UK-based businesses, there will be new export opportunities for them to tender for through the selection of the Type 26 design by Australia and Canada too.

Type 26 will form a key part of the Royal Navy’s future balanced Fleet, providing a core component of anti-submarine protection. Today’s steel cut is another significant milestone in the delivery of the Type 26 programme, a programme that is sustaining thousands of UK jobs and future proofing our naval capability for years to come. 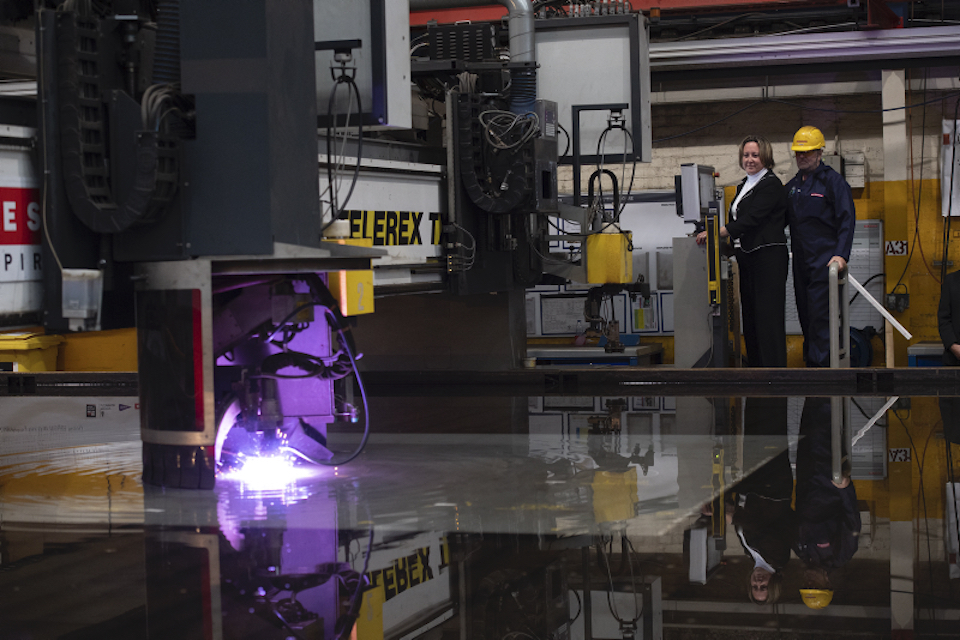 Each Type 26 will be equipped with a range of capabilities including the Sea-Ceptor missile defence system, a 5-inch medium calibre gun, an embarked helicopter, medium range radar, powerful bow and towed array sonars, helicopter-launched torpedoes and a design which makes them extremely difficult for enemy submarines to detect. They will be designed for joint and multinational operations across the full spectrum of warfare, including complex combat operations, counter piracy, humanitarian aid and disaster relief work.

Its flexible design will also allow its weapon systems to be adapted throughout its lifespan to counter future threats. The Type 26 benefits from the latest advances in digital technologies, including 3D and virtual reality, which ensures that the ship’s design is refined earlier in the process. 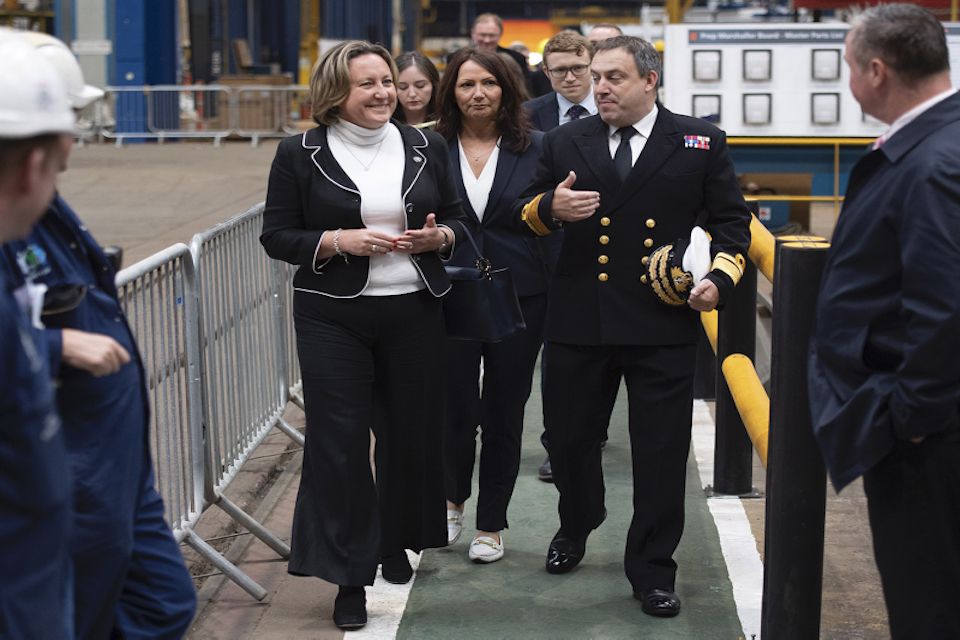 The first Type 26 warship, HMS Glasgow, will enter service in the mid-2020s. Designed for a service life of at least 25 years, the Type 26 frigates will serve in the future Royal Navy surface fleet into the 2060s. Both Australia and Canada have now chosen the Type 26 design as the baseline for their respective warship programmes.

The Type 26 manufacture Batch 1 contract was signed in June 2017. This will deliver the first three ships to the Royal Navy and includes the necessary modifications to the Govan and Scotstoun shipyards. The procurement of Batch 2 will be subject to a separate approval and contract which is expected to be awarded in the early-2020s.