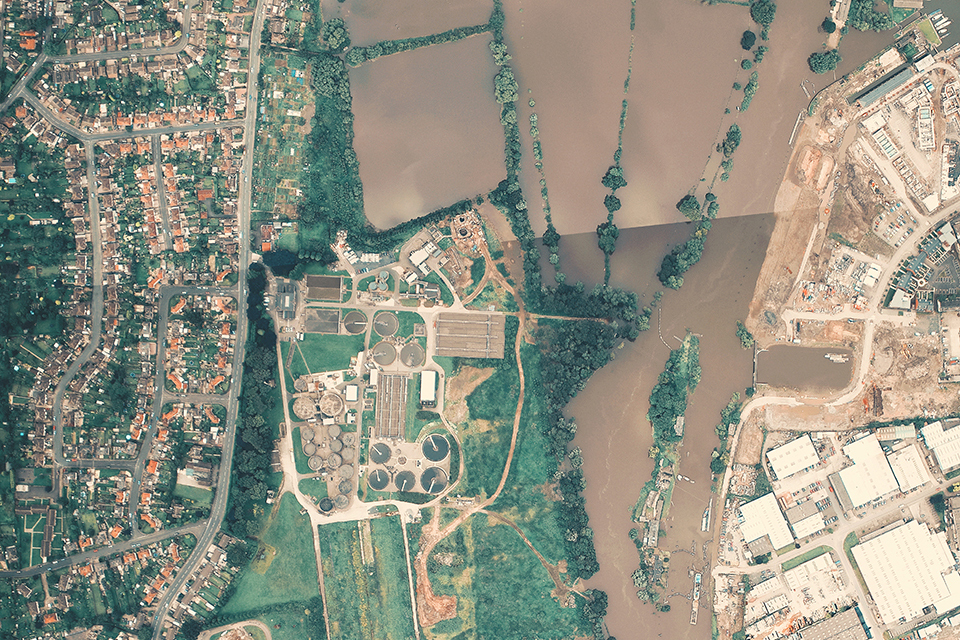 In 2009, the Flood Forecasting Centre (FFC) brought together experts from the Environment Agency and the Met Office. The partnership soon gained an identity and expertise of its own, evolving throughout its first decade in operation.

Flooding is the top natural hazard risk for England and Wales. Yet up until the FFC was set up there was no coordinated national flood forecasting service. This meant that the emergency responders were often reacting to events rather than preparing for them.

In 2008, one of the main recommendations of the Pitt Review was “A joint nerve centre run by the Met Office and the Environment Agency. This would hopefully produce more accurate flood warnings based on pooled information.” The Flood Forecasting Centre (FFC) was born.

The FFC hit the ground running, as the winter of 2009 saw particularly heavy rainfall.

“We had flood events that tested us quite quickly,” says Russell Turner, Hydrometeorology Services Manager at the FFC. The centre rose to the challenge and predicted the Cumbrian floods days in advance.

“You saw the penny drop,” says Russell, “The government had forward briefing of flooding, rather than being on the back foot. And when it was as severe as we said it was going to be, that cemented things for us right at the start.”

Following that initial success, the FFC became a permanent centre. Things then moved very quickly, as Russell explains. “We were recruiting staff at the same time as we were trying to create a new Flood Guidance Statement.”

The statement, known as FGS, was a new concept. The team had to consider what information emergency responders needed and what it might look like. Russell set the design of an FGS as part of the interview exercise for new recruits. “We were developing products right at the same time as we were recruiting,” he recalls.

From day one the FFC has operated 24 hours a day, 7 days a week. This was partly to address previous flood reviews where the action was too late and involved unfamiliar processes.

“By doing it routinely, even when there is little risk of flooding, our forecasters go through the same drill, so it becomes embedded,” explains Russell. “That sets the whole rhythm, as the national incident room and the Government now look at the FGS every day as a matter of course.”

Innovation and value for money

Another key development was the move out of London in 2011. The FFC relocated to the Met Office’s headquarters in Exeter.

“We looked at many options but the number of centres across government which can provide the resilient 24/7 environment we need are very few,” says Russell.

The FFC was able to lower overheads and reduce costs by:

This saved over £1 million a year.

To introduce efficiencies and work in a more focused way, the centre has streamlined its product list. The FFC used to work on a contractual basis, developing new products when they were asked for them by the parent organisations.

But this was leading to complexity, with nearly 40 different products. Russell Turner and colleagues focused on simplifying the FFC’s offering to its customers.

“In effect, we offer one main product, the Flood Guidance Statement, which all the other products and services feed into,” he explains. “Customers don’t want to know the raw data behind the statement or the probabilities, they want one, easy-to-read message. We don’t show people our workings out, they trust us” explains Russell.

“Now, as a Service Manager, I can say that every forecast has the same rigorous high quality no matter who produced it,” says Russell.

The centre has come a long way since those early days 10 years ago. “Senior staff are really supportive and have said that the FFC is the crown jewels of the relationship between the Environment Agency and the Met Office,” says Russell. “That’s a very flattering and encouraging thing to hear.”