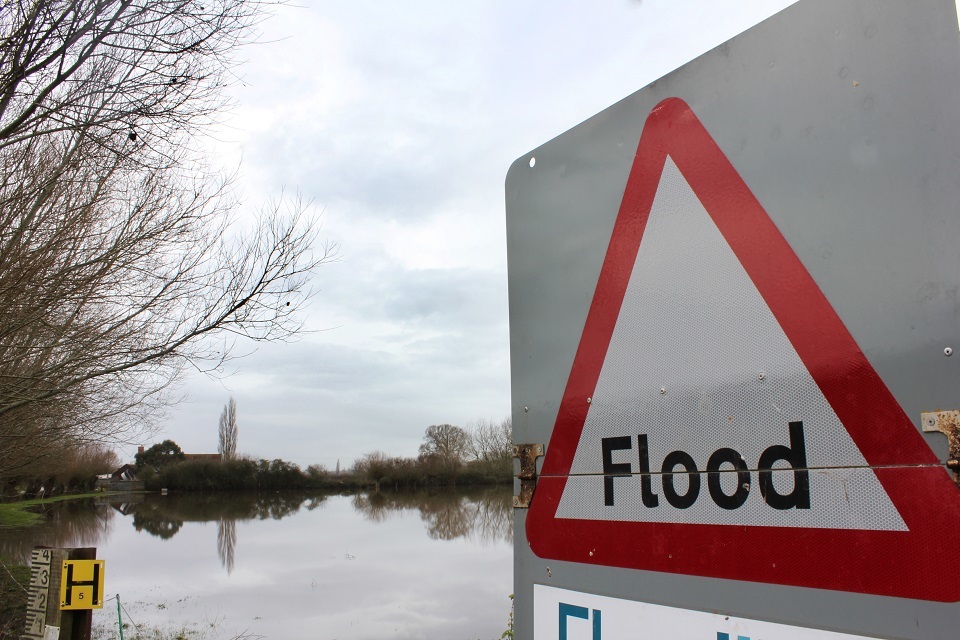 Spells of heavy rain in northern England are expected today (Friday) and over the weekend, continuing into early next week. This could lead to further flooding in parts of the north and Pennines, York and the Midlands due to heavy rain potentially falling on already swollen rivers. Ongoing river flooding remains probable for the river Severn on Monday and Tuesday.

The Environment Agency is urging people to check their flood risk and remain prepared to take action as the situation changes.

England has already received 141% of its average February rainfall so far with some areas experiencing a month’s worth of rain in 24 hours. River levels have exceeded existing records across the country. The Rivers Colne, Ribble, Calder, Aire, Trent, Severn, Wye, Lugg and Derwent are among the many rivers where records have been broken due to continuous wet weather.

Since the start of Storm Dennis, over 1,000 Environment Agency staff have been mobilised on the ground to operate flood defences and temporary pumps, clear debris from rivers, inspect damaged flood defences and make repairs. Community information officers are also out supporting affected communities offering advice and assistance. Environment Agency operational teams have put up more than 6km of temporary flood barriers across the country and flood defences have protected nearly 25,000 properties from the ongoing impacts of Storm Dennis.

Flooding has a long lasting and devastating impact on people’s lives, and our thoughts remain with all those who have been flooded and continue to feel the impacts of the persistent wet weather.

Further spells of rain in northern England from today and into the weekend, which are also expected into next week, could cause further flooding, particularly across the Pennines and parts of northern England, York and the Midlands. Ongoing river flooding remains probable for the River Severn next week as it responds to heavy rainfall.

This will be the third weekend of exceptional river levels and stormy weather; with the effects of climate change, we need to prepare for more frequent periods of extreme weather like this. People need to be aware of their flood risk, sign up to flood warnings, make a flood plan and not to drive or walk through flood water.

The public can keep up to date with the latest safety advice, call Floodline on 0345 988 1188 or follow @EnvAgency on Twitter for the latest flood updates.

Environment Defra sets out review into releasing gamebirds on …
0
✖