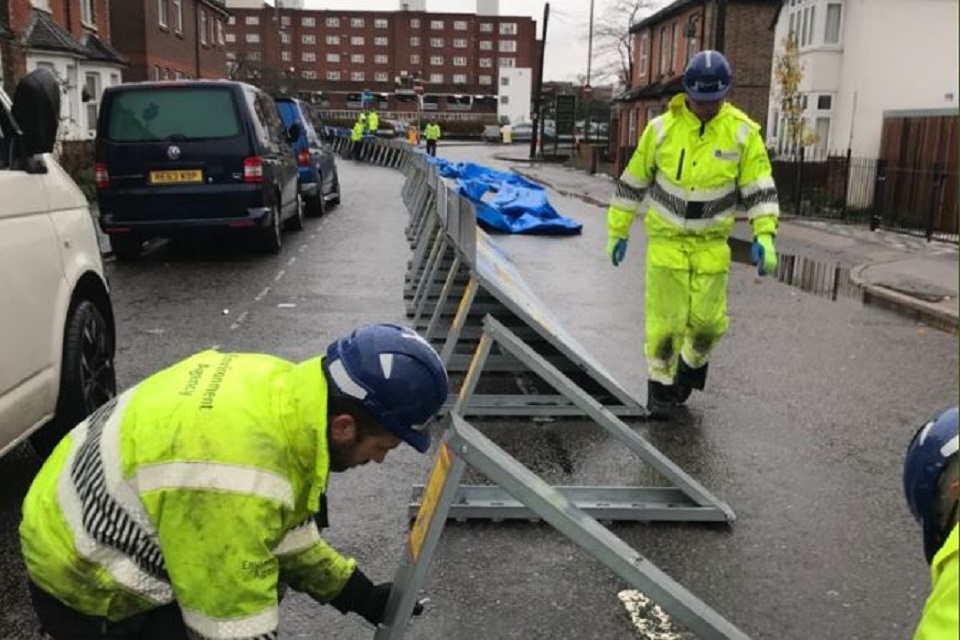 The Environment Agency is urging communities in England to check their flood risk and sign up to flood warnings as further heavy rain is expected over the next few days.

Heavy rain overnight and this morning has caused travel disruption on roads and the rail network and localised flooding in parts of southern England. Environment Agency teams are supporting local authorities and transport operators to deal with surface water flooding on roads and railways.

Further spells of rain are likely through the weekend and early next week across parts of southern England. As rainwater starts to move along the river network over the next few days this will bring an increased risk of river flooding along the River Medway, Mole and Stour in the south east and the River Severn in the south west of England.

We are monitoring rainfall and river levels closely and are operating our flood defences across southern and central England, reducing the risk of flooding to thousands of homes and businesses. Environment Agency teams have also put up temporary flood defences in a number of locations including Bradford on Avon, Leatherhead and Guildford and are ready to deploy high volume pumps should they be needed.

Our flood information officers are out on the ground in communities where there is a risk of flooding and we have over 350 staff working around the clock to help keep people safe.

We advise people to sign up for flood warnings, to stay away from swollen rivers and not to drive through flood water – just 30cm of flowing water is enough to float your car.

The advice to stay safe during wet weather comes as the Environment Agency and the AA published research on Wednesday showing that three quarters of drivers (74%) would risk driving through flood water, despite it being the leading cause of death during a flood.

So far this autumn rainfall records have been broken for South Yorkshire, Nottinghamshire, and Lincolnshire, with the previous records set in 2000. England as a whole has had its fifth wettest autumn since records began with 348mm of rain.

You can check your flood risk, sign up for free flood warnings and keep up to date with the latest situation at https://www.gov.uk/check-flood-risk, call Floodline on 0345 988 1188 or follow @EnvAgency on Twitter for the latest flood updates.