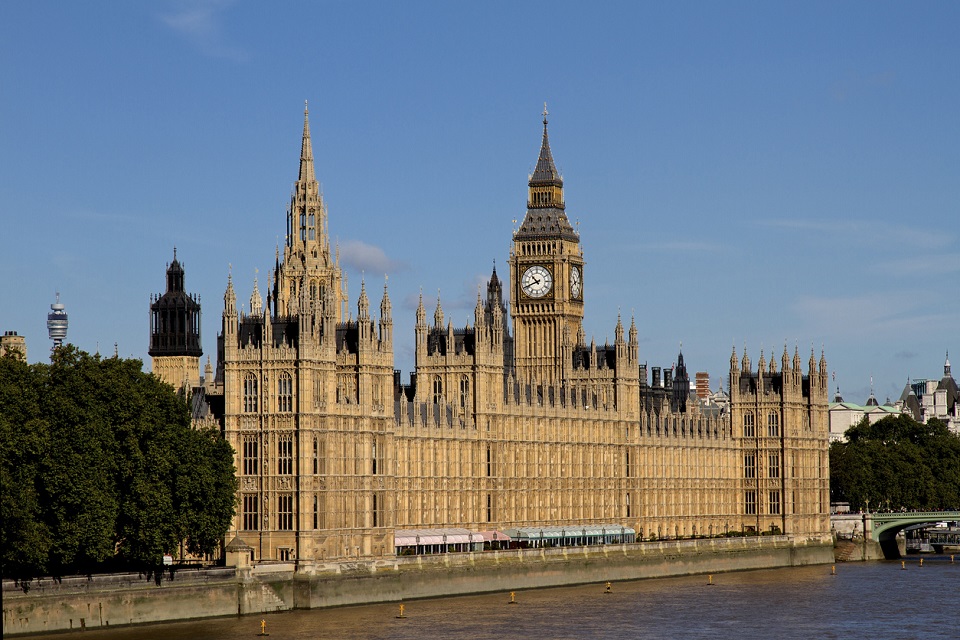 Mr Speaker, I would like to update the House on our ongoing campaign to counter Daesh.

The safety and security of our citizens is the Government’s highest priority. It is at the core of our work in tackling Daesh, which remains our most significant terrorist threat at home and abroad. This month marks the two-year anniversary of the liberation of Syria and Iraq from Daesh’s barbaric rule. But, as we saw on 21 January in Baghdad, Daesh is still able to carry out deadly attacks.

The Global Coalition against Daesh estimates that there are still around 10,000 Daesh members at large in Syria and Iraq. Many terrorists remain in detention facilities, but others are hidden in civilian populations and camps for Internally Displaced Persons, and support for Daesh still lingers in many communities. At the same time, while Iraq and Syria remain Daesh’s primary focus, it presents a growing global threat. Diminishing Daesh’s ability to operate elsewhere in the world, including Africa and Asia, must be a priority for the international community.

Meanwhile, here at home, the threat we face from Islamist extremism is all too clear. The ongoing inquest into the horrific Manchester Arena attack, which killed 23 people, provides a daily reminder. So we will continue this struggle. The UK will continue to be a leading member of the 83-member Global Coalition, providing military support to tackle the remnants of Daesh, delivering essential aid to liberated communities, and countering Daesh propaganda.

With that in mind, let me set out the steps we are taking.

Mr Speaker, since the start of the UK’s military intervention against Daesh, known as Operation Shader, the UK has trained over 120,000 Iraqi and Iraqi Kurdish soldiers and released over 4,000 munitions at enemy targets during the air campaign.

The Global Coalition as a whole has invested more than $4 billion to ensure that our partners on the ground and in the region are better trained and better equipped than Daesh. As part of the Coalition efforts to prevent the resurgence of Daesh, the UK has provided support and funding to a range of initiatives across the region. That includes the improvement of detention facilities in North East Syria which house Daesh fighters. Military support to the sovereign government of Iraq is now adapting, in line with the changing security situation and Iraq’s growing military capabilities.

Thanks to UK efforts and those of the Coalition, the Iraqi Security Forces are increasingly able to conduct successful, independent, counter-Daesh operations. They now have the capability to deliver tactical training to their own armed forces. And this has allowed the Coalition to reduce troop numbers, focusing instead on providing specialist operational support and advice to our Iraqi counterparts.

For this purpose, the UK maintains troops deployed to the region supporting Iraqi security forces, including officers working with NATO and Coalition allies. On 18 February, the Secretary of State for Defence joined NATO Ministers in agreeing to incrementally expand NATO Mission Iraq in line with that focus.

The Royal Air Force also continues to conduct routine armed reconnaissance missions to support the Iraqi security forces. And, Mr Speaker, I can report to the House that on Thursday 11 February, a Coalition surveillance aircraft located a number of Daesh fighters. They were occupying two dispersed encampments on the banks of the Tharthar [THER-THAR] River, west of the city Of Bayji [BAY-GEE]. Two UK Typhoon FGR4s conducted a careful check of the surrounding area for civilians, before carrying out simultaneous attacks, using two Paveway IV guided bombs against each group. The bombs hit their targets within the encampments, eliminating the terrorist threat.

Our support in the region continues to be challenged, including by the persistent threat from Iranian-aligned Shia Militia Groups. We have seen a concerning pattern of attacks in recent weeks including an attack on a Coalition airbase in Erbil which tragically killed two civilians, as well as injuring several Coalition staff. We condemn these attacks on Coalition bases and diplomatic premises, and will continue to be resolute and robust in our response. Iran’s proxies must not be allowed to destabilise Iraq and the region. We work very closely with our allies to support the Government of Iraq in protecting Coalition forces and foreign missions. And we are working together to prosecute those responsible for attacks, where the Iraqi people are often the victims.

Mr Speaker, the presence of COVID-19 in Syria and Iraq remains an acute challenge. Healthcare systems in both countries are under acute pressure. The impacts on jobs, livelihoods and communities will last years and we need to be particularly vigilant to make sure that this does not provide the conditions which Daesh can exploit to gain support.

In this sense, the humanitarian response is indistinguishable from our security objectives. The UK remains one of the largest humanitarian donors to the Syria Crisis, having spent over £3.5 billion since 2012. Over this period we have distributed 28 million food rations, delivered 20 million medical consultations, and dispensed 14 million vaccines.

In addition to our existing aid commitments in Syria, the UK has provided funding to delivery partners to help mitigate the impact of COVID-19. This complements our ongoing support to deliver activities which help tackle transmission of the virus, such as healthcare, water, hygiene kits and sanitation support.

In relation to Iraq, clearly the economic challenges are compounded by COVID-19, as well as the fall in oil prices. The resulting crisis threatens Iraq’s stability, and risks creating room for extremism to grow. So we are working to counter this. We have committed £272 million in humanitarian support in Iraq since 2014, providing a vital lifeline to millions with shelter, medical care and clean water. To date, UK funding has helped provide: food assistance to over 500,000 people, life-saving healthcare services to over 4.3 million people, and safe drinking water and hygiene facilities to more than 3.5 million people.

We are working with the Government of Iraq and the international community to stabilise and reform the economy. In order to create opportunities for all Iraqis. As friends of Iraq, we stand behind the Government’s reform vision, together with all members of the Global Coalition.

Mr Speaker, Daesh’s ability to plot external operations is being degraded. As a result it is more reliant than ever on its perverse propaganda and warped narrative to maintain its relevance and encourage supporters to conduct terrorist attacks. Daesh maintains a steady drumbeat of violent communications, distributed via encrypted messaging applications. With that in mind, I want to express my appreciation to the British media, who have generally shown both restraint and editorial judgement in reporting on these matters.

Because, Mr Speaker, this is a critical moment. Even though Daesh’s brand is weakened, it remains globally recognised.

It has been adopted by an assortment of violent groups from Mozambique to the Philippines. In December 2020, the UK Counter-Terrorism Internet Referral Unit saw a 7% rise in the volume of terrorist content online, and a worrying rise in the proportion of children and teenagers arrested for terrorism offences. Assistant Commissioner Neil Basu of the Metropolitan Police described lockdown and the accessibility of terrorist content online as a “perfect storm”, because terrorists have digital access to those who are most susceptible to extremist narratives. So we are tackling Daesh’s evil propaganda head on. I am proud that the FCDO leads on this work on behalf of the Global Coalition.

The UK has carried out a range of targeted and effective offensive cyber operations. During the fight to liberate Mosul from Daesh control, we used these capabilities to disrupt Daesh’s battlefield communications, sowing confusion in their ranks and helping Coalition forces to surprise and, then, overwhelm them. And in November, we revealed that the National Cyber Force is now bringing together the expertise of GCHQ, MI6, the Defence Science and Technology Laboratory and the Ministry of Defence to take the online fight to terrorists, including groups like Daesh.

We are degrading their propaganda network, we are dismantling their lies, and we are building resilience to their violent extremist narrative. This particular battle may be invisible to the public, but it is absolutely essential, and we are prosecuting it with the utmost vigour and determination.

Mr Speaker, we continue to play our full role in combatting Daesh across each one of these fronts, to ensure the safety and security of the UK, Iraq, and our people and interests around the world. As the Prime Minister has said, we will never be complacent in this struggle. We will not let up, until Daesh is consigned to the history books. And I commend this statement to the House.