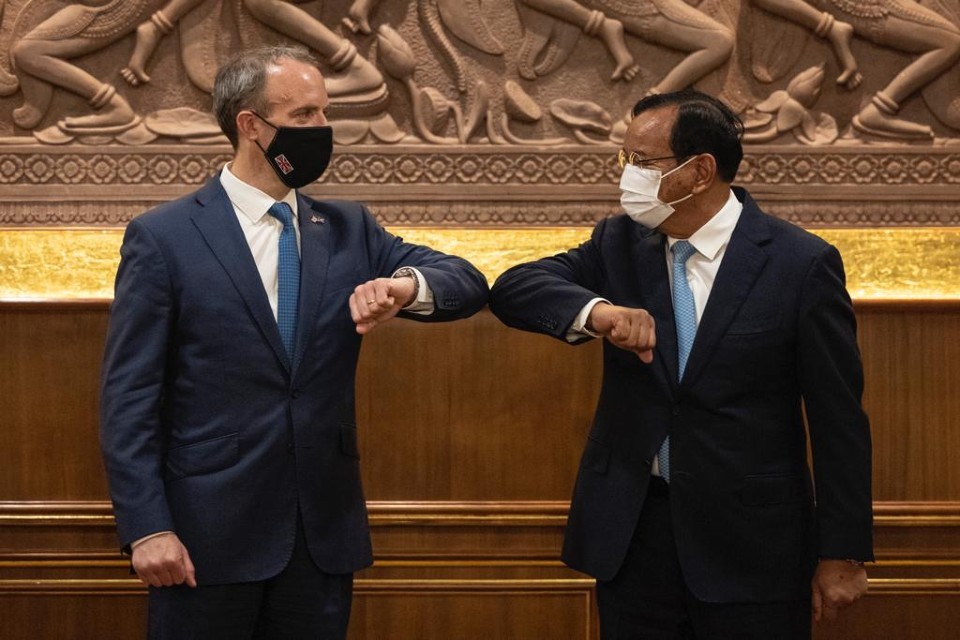 In his first visit to Cambodia, the Foreign Secretary has met Foreign Minister Prak Sokhonn, to set out the UK’s ambition for the UK to become an ‘ASEAN Dialogue Partner’, ahead of Cambodia taking up the Chair of ASEAN in 2022.

This year marks 30 years since the UK reopened our Embassy in Cambodia and I am struck by the progress the country has made from its thriving business’ to standards of education and healthcare.

I look forward to building on these foundations, as Cambodia takes on the important role of ASEAN Chair next year.

ASEAN Dialogue Partnership would allow the UK to further strengthen relations with ASEAN countries, based on shared interests, constructive engagements, and mutual benefits, which can contribute to ASEAN’s Community building and development cooperation efforts.

Yesterday while in Hanoi, the Foreign Secretary delivered opening remarks at the 5th ASEM (Asia-Europe Meeting) on the UK’s ambitions for its “Indo-Pacific tilt” to an audience of more than fifty countries.

The latest photographs from the Foreign Secretary’s visit to South East Asia can be viewed on Flickr.

Change of Her Majesty’s Ambassador to Myanmar