After Eckington Colliery in Derbyshire unexpectedly closed in January 2019, the Coal Authority carried out a detailed programme of works to keep people safe and protect the environment.

The drift mine had been worked by 2 roadways that ran about 30 metres beneath a railway line linking London to Sheffield.

To ensure this major route wasn’t damaged by future subsidence linked to the former mining operation, these roadways needed to be sealed and packed to permanently stabilise the ground.

Our team carried out detailed investigations to assess the rate at which the water within the mine would recharge once the site was no longer active. This showed that swift action was required to complete the work before rapidly rising water levels from underground springs made any solution more difficult and costly. 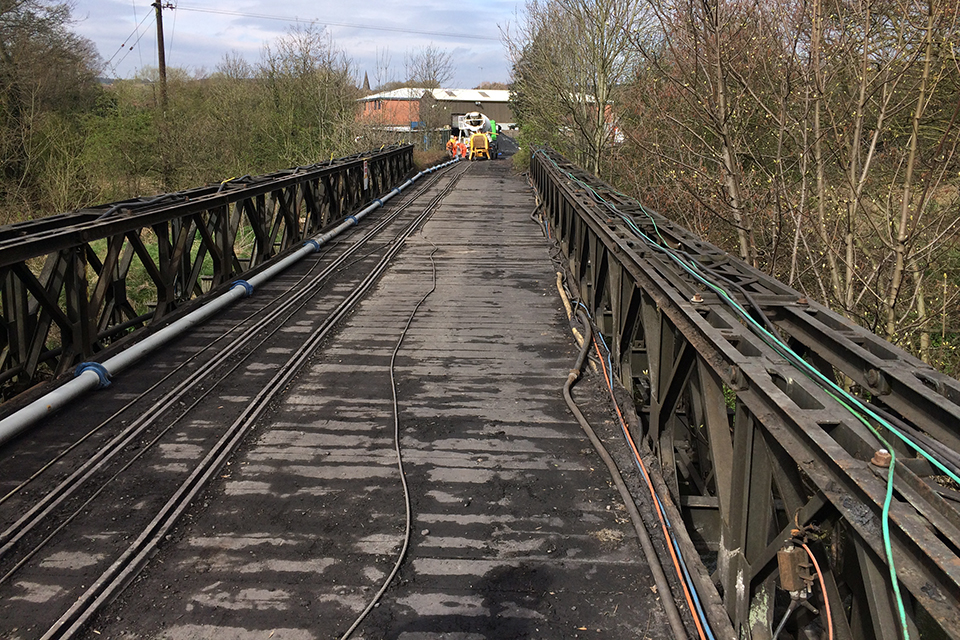 Poor access to the site – via a weight-restricted bridge over the River Rother – added further complications to the project.

Senior engineer Zoe Rose-Higgins worked on the project with colleagues from across the Coal Authority and other relevant bodies, including Network Rail and North East Derbyshire District Council.

She said: “There are underground springs at this site, so when the mine was open they had a series of pumps which were constantly running to control the water levels.

“Once the mine closed the pumps were inoperable, so rising water levels meant we needed to get works agreed quickly and put an engineering solution in place.

“We designed stops, which are reinforced concrete blockwork retaining walls, about 140 metres inside each roadway.

“The drifts followed the coal seam and, because of the steep angle, we could essentially use gravity to fill them with foamed concrete.”

Concrete was used as, due to the pillar and stall working methods employed at the mine, there was no suitable waste material on the surface.

An 80 metre section in each roadway was packed, using a total of 1,000 cubic metres of concrete, which was poured and allowed to set in sections so the walls wouldn’t collapse.

The lack of mechanical haulage systems on the site meant much of the work was done by hand and our contractor employed former miners on the project to undertake this vital work.

Zoe said: “One of the technical challenges was pumping the concrete to where we needed it. We couldn’t take trucks over the bridge, so we had to park in a yard on the other side of the railway tracks – around 300 metres away – and use a specialist pump to undertake the work.”

Finally the entrances were dug out and re-profiled to close the roadways off and provide a permanent solution to keep people safe and protect the local environment. 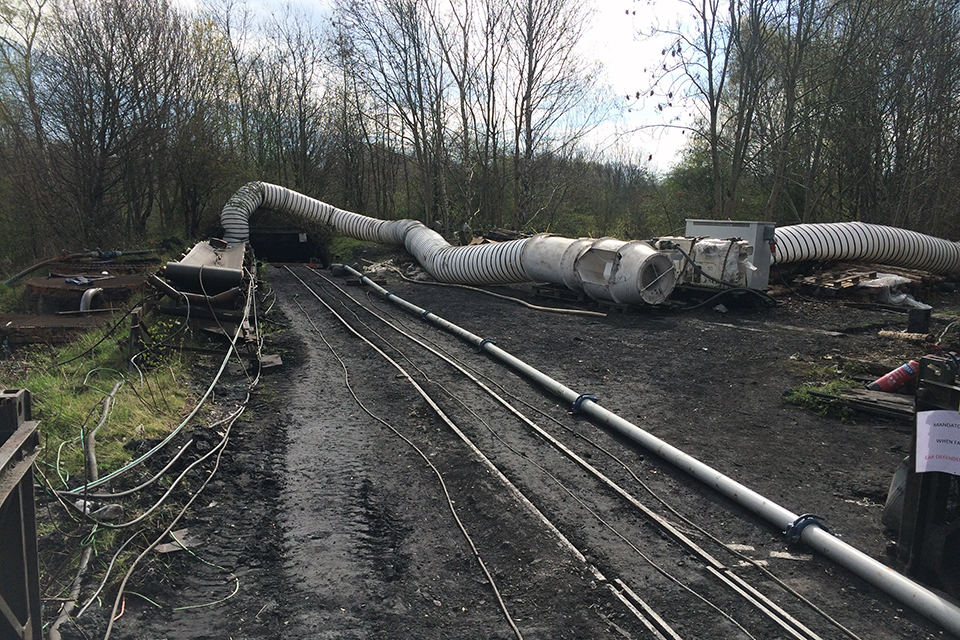 Building the underground retaining walls interrupted the mine’s ventilation circuit, which then had to be maintained with temporary surface fans. 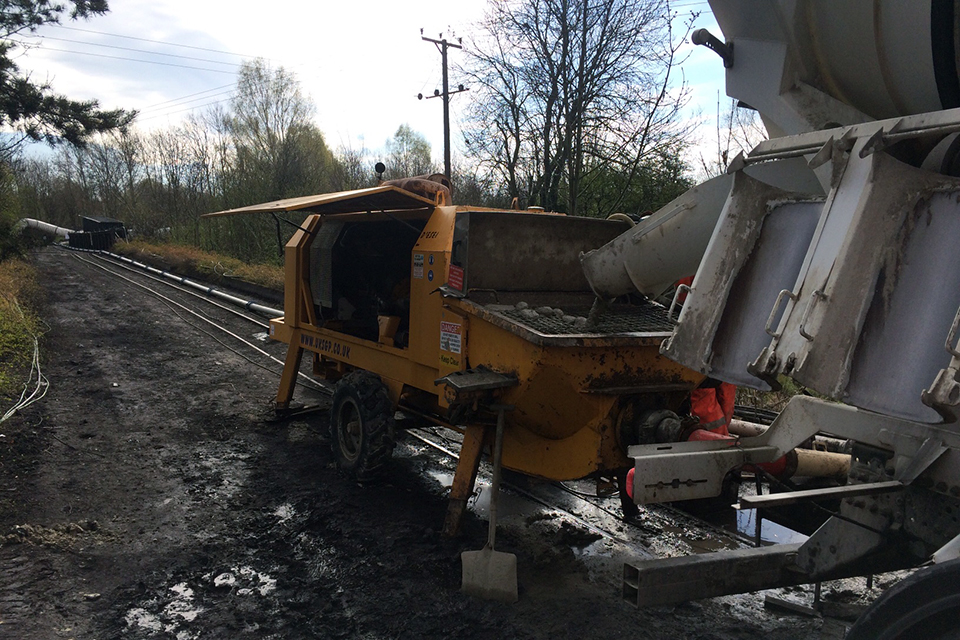 Poor access meant concrete had to be pumped around 300 metres, over a bridge, to the underground location. 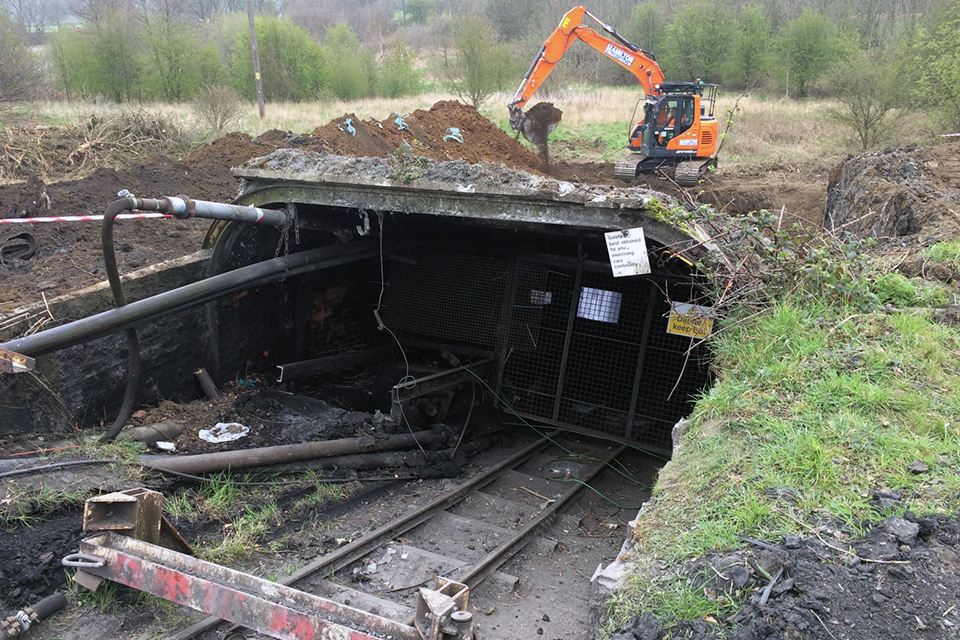 We dug down to remove the adit portals, permanently sealed them at depth and then restored the surface. 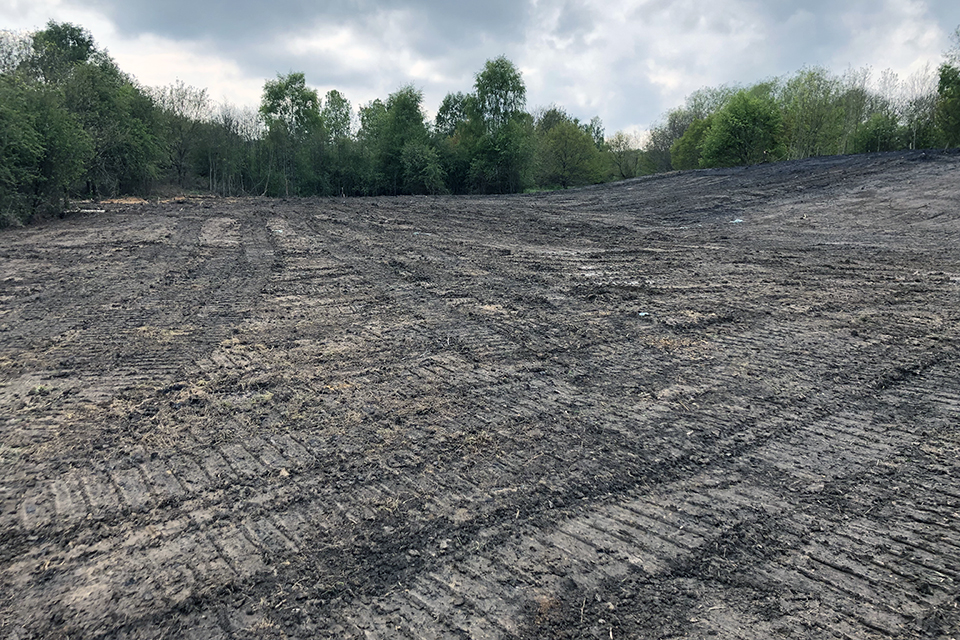 As the adits were on a flood plain, we also removed the old colliery infrastructure and tidied the site.

Former Derbyshire drift mine made safe to protect public and environment

Environment Prepare for flooding to reduce impacts on mental h…

Environment Have your say on public consultation
0
✖