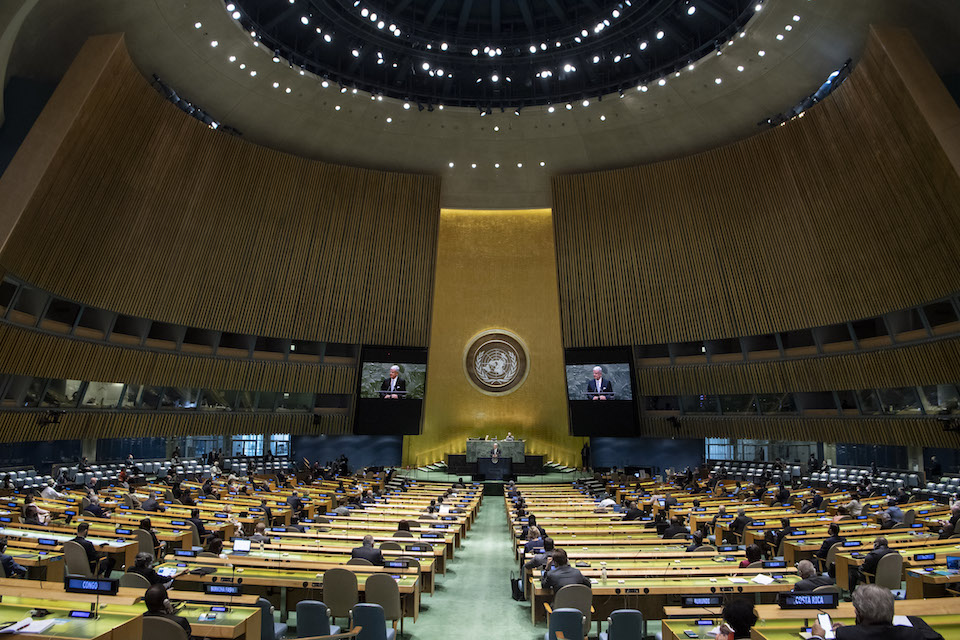 Firstly, let me begin by thanking you, and the members of the Bureau, for directing the work of the Committee this session. Let me also thank Mr Lionelito Berridge and the members of the Fifth Committee Secretariat for guiding delegations through this session, and for their quick turnaround of documents in order to give the committee the best chance of concluding resolutions. Lastly, my thanks once again to all our colleagues, and particularly those who continue to work without interpretation as we adjust our methods in response to the pandemic.

As one of the strongest proponents of a strengthened, effective and efficient United Nations, the United Kingdom welcomes the Committee’s strong support for strengthening the culture of accountability. This is central to a more effective Organisation. We are therefore disappointed that the Committee was unable to achieve consensus on this resolution, but are encouraged by the work the Secretariat is doing in line with the mandates given to it by this Assembly.

We are also disappointed that despite progress in a number of areas, that once again the Committee failed to reach agreement on human resources management policies and practices. At the end of the First Resumed session last year, we said we must learn the lessons from that session to ensure a timely consensus this year. Unfortunately, we did not do that. We know some issues are incredibly complex. Views and interests are strongly held – not just between groups, but also within groups. Nevertheless, it is incumbent upon us as Member States to ensure that we bridge those divides in order to provide guidance to the Secretariat – by being precise and realistic in our asks as we seek consensus through compromise.

Let me also express my unease at the decision to defer a very high number of reports to the next session, as my delegation was one of those who had sought to ensure the committee’s effectiveness through setting aside legacy reports. We will accept this way forward, but would be clear on the need for delegations to approach these issues with a greater sense of compromise, flexibility and pragmatism than previously.

Despite these difficulties, we are pleased to see agreement on support to the Special Tribunal for Lebanon, and on the next steps to ensure a united Common System and improvements to the UN offices in Nairobi. We are pleased also to see agreement on air travel, though feel we can still go further to make the UN a cost and carbon effective organisation in this regard.

As I said in my opening statement, the issue of seconded personnel affects delegations across all regions. We once again leave these personnel in a sense of limbo after deferring this item. I hope we can move to tackle this expeditiously in the second resumed session, building on the excellent platform and discussions we have had. Finally Mr Chair, as the First Resumed session is one largely focussed on Human Resources, let me finish by paying tribute to the staff of the UN around the world, wherever they may serve, in what are extraordinary and challenging times.

We look forward to seeing colleagues in a few weeks for the second resumed session.

Surge testing to be deployed in Southwark