Four Malawians off to the UK for Chevening Media Freedom Fellowship 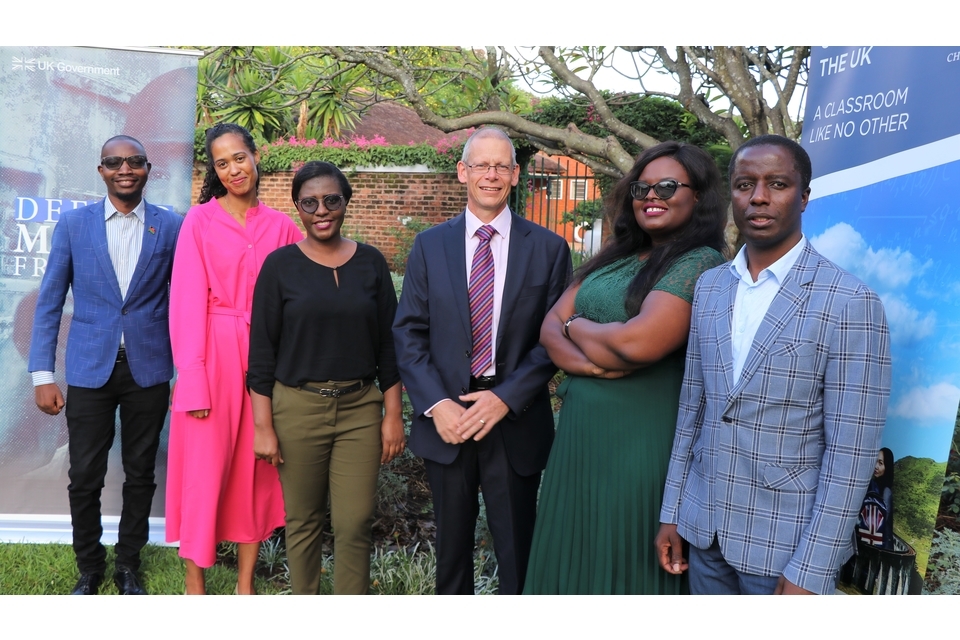 Four successful candidates of the Chevening Africa Media Freedom Fellowship will depart for the UK on 30th April to embark on their seven-week fellowship at University of Westminster under the theme ‘New Media for a New Africa: Freedom of Speech, Economic Prosperity and Good Governance’.

The fellowship was supposed to commence in 2020 but was postponed due to COVID 19 disruptions.

The UK Government is committed to the promotion of media freedom and freedom of expression in Malawi as essential components of any functioning democracy. For example, the UK is a founding member of the Media Freedom Coalition. Formed in July 2019 at the Global Conference for Media Freedom, we publicly committed alongside key partners to advocate for media freedom and the safety of journalists. Chevening was established in 1983, and many of those selected for an award have gone on to become respected leaders across a range of sectors, including in broadcast, journalism, and media.

The media plays a central role in strengthening governance and nurturing a transparent and accountable system. It has a vibrant history here in Malawi, and has made a hugely positive impact in raising the profile of the serious issues that matter to us all, including the fight against corruption. However, it is clear that we need to keep defending media freedoms. Training up journalists is one way to do so.

The fellowship coordinator at the University of Westminster, Peter Cunliffe-Jones said:

After all the delays caused by Covid, we are looking forward to welcoming the Fellows to London, and to the University of Westminster next week. We seek, through this course, to engage the Fellows in a rich conversation – with us, with key players in the UK media, media regulators and other institutions, and with other fellows from 10 countries across the continent, to explore the complex issues of media freedom and trust in the media – in the UK and in Africa – in an age of misinformation.

I am very sure meeting the experts at the University of Westminster will help inform my vision as a media entrepreneur much better,

I am glad that after two years of waiting, finally I get to undertake this fellowship. I look forward to learning more about the best practises communicators can employ to thwart the spread of disinformation which is rampant with the coming of new media. I am also yearning to understand the international positions including appreciation of UK approaches to different matters including the media.

This Chevening fellowship is a great opportunity for me and others to share knowledge and skills more especially as we prepare for the next elections in September 2025. We need to set a solid foundation on how to counter spread of fake news and disinformation and one route is to empower with knowledge all stakeholders especially those that hold the information like me.

My impression about media freedom in Malawi is that the legal framework provides for it. However, sometimes State organs such as the police interfere with provisions of the sections. Most citizens do not know how to claim and defend these rights. This affects negatively enjoyment of these rights. I expect to learn how the media and society in the UK have managed to entrench transparency and accountability in public affairs through free media.

Four Malawians off to the UK for Chevening Media Freedom Fellowship