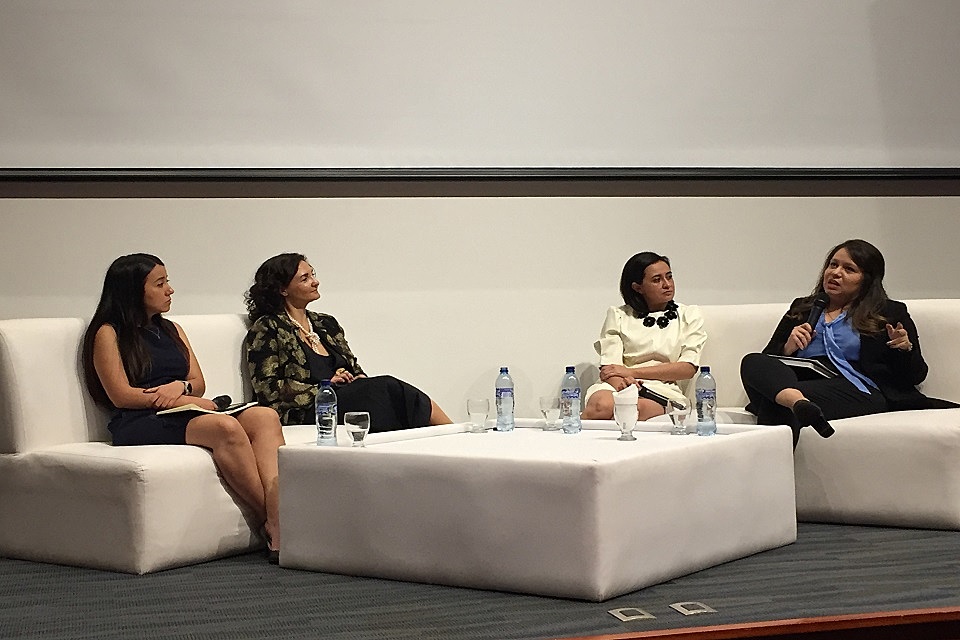 The event follows on from the Embassy’s Business and Human Rights agenda, and the guest-speakers were all female leaders in senor decision-making positions in key businesses in Guatemala and members of Britcham.

The panel discussion was an opportunity for them to share their own experiences on how to break the work-family narrative that fits with broader cultural norms. The group discussed the impact of the current political and legal systems on a woman’s life, and which improvements could be made by Guatemala to positively influence the situation for women around the country.

In addition, the importance for businesses to include a gender perspective in their operations, that for example, improve representation of women in senior decision-making positions, as well as policies that tackle harassment and how to effectively approach the gender pay-gap.

To highlight the Embassy’s commitment to focussing on women and girls around the country, the event featured a video of a project in Sololá on girls’ education, which addresses child pregnancies and the rights to a choice over their bodies and their future.

Gender equality is a topic we must address; it’s the right thing to do and it is everyone’s responsibility to ensure that women and girls have the same opportunities and resources available to them as men and boys.