Residents and road users are being urged to help shape the £1 billion transformation of the A66 between the M6 at Penrith and A1(M) at Scotch Corner by getting involved in this summer’s options consultation which has just four weeks left to run.

Highways England is developing plans to fully dual the remaining six single carriageway sections, which total 18 miles of the complete 50 mile route. This will provide improved benefits to journey time reliability, safety, network resilience and connectivity for nearby villages and towns. 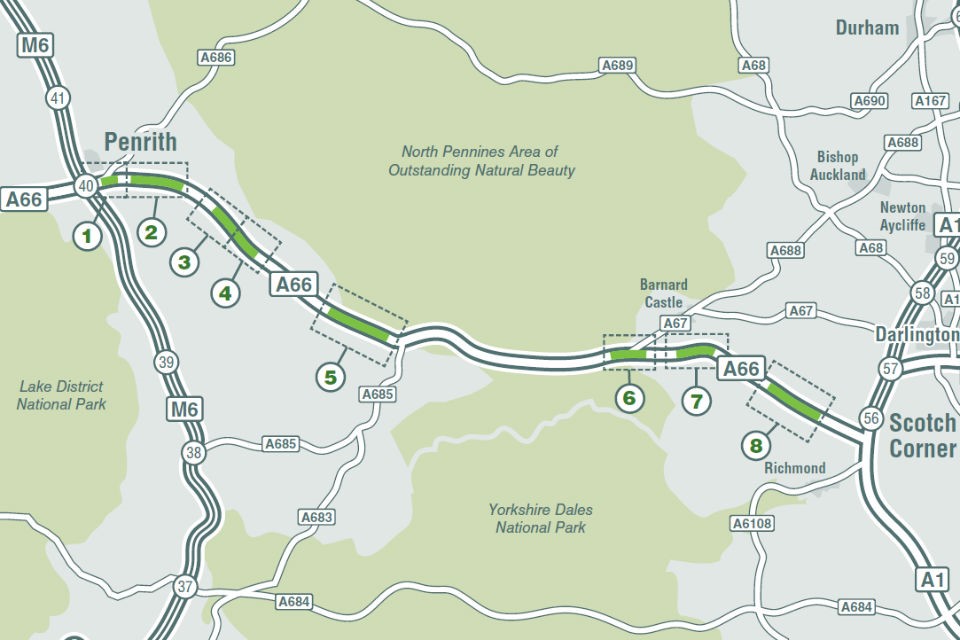 Since the consultation on different options for each section of road was launched by Transport Secretary Chris Grayling on 16 May, more than 1,600 people have attended public consultation events in Penrith, Appleby and Gilling West near Richmond with hundreds contributing to the debate online or by post.

The public consultation events have resumed this week with Highways England staff in Barnard Castle for four days from today (Wednesday, 12 June) and then back in Penrith and Richmond next week before the consultation closes on Thursday 11 July.

We are absolutely delighted with the response to the consultation so far and the public events suggest there is huge support for the investment with understandable very local opinions about individual options – which is precisely what we want to get from the process at this stage.

We just want to remind anyone who hasn’t been to an event yet or hasn’t or filled in a response form to get involved. Whether you’re a resident, trans-Pennine commuter, walker, cyclist, business or other land owner we want to hear your views and we want you to help shape the future of the A66 and the £1 billion pounds or more we are planning to invest in the road and the whole economy of the North. 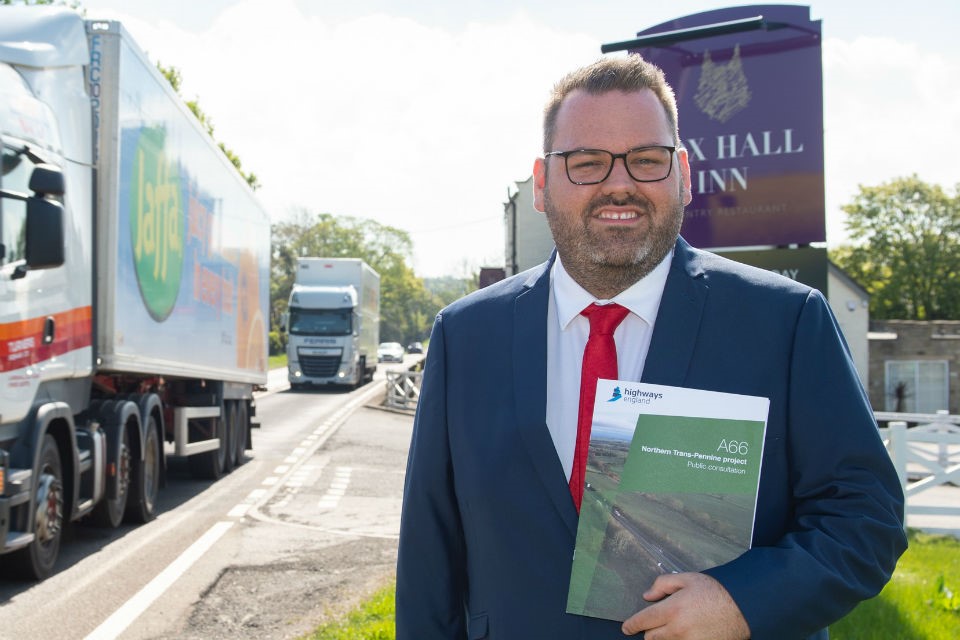 Consultation brochures have been delivered to selected homes and businesses along the A66 but people can also contribute comments and insights as well as find information about the events on the consultation website.

Anyone wanting to contribute to the consultation can do so in a number of ways by:

The A66 is both a nationally important road, linking Penrith in Cumbria with Scotch Corner in North Yorkshire and a key regional route. It is a hugely important route for freight traffic across the United Kingdom and as the main link to the Lake District and North Pennines to the East of England.

Upgrading the A66 route will provide enormous benefits to people living locally but will also change the way people travel round the UK, improving connections from Scotland to the east coast of England and Belfast’s port traffic, via Stranrear, onwards to ports including Hull and Felixstowe.

Although the start of construction is still a number of years away, this first non-statutory consultation is a significant milestone and aims to shape preferred options which are due to be announced in spring next year. Statutory consultation and planning applications will follow.

‘Get involved’ call as A66 consultation reaches half-way stage