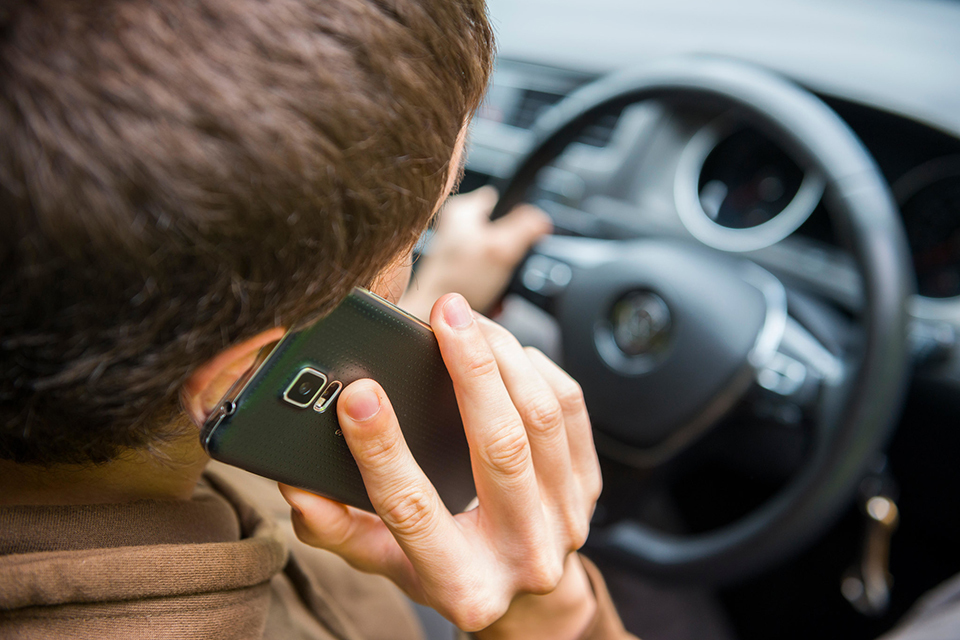 The government has confirmed it will close a legal loophole which has allowed drivers to escape prosecution for hand-held mobile phone use while behind the wheel.

Transport Secretary Grant Shapps today (1 November 2019) announced that he will urgently take forward a review to tighten up the existing law preventing hand-held mobile use while driving.

At present, the law prevents drivers from using a hand-held mobile phone to call or text. However, people caught filming or taking photos while driving have escaped punishment as lawyers have successfully argued this activity does not fit into the ‘interactive communication’ currently outlawed by the legislation.

The revised legislation will mean any driver caught texting, taking photos, browsing the internet or scrolling through a playlist while behind the wheel will be prosecuted for using a hand-held mobile phone while driving.

We recognise that staying in touch with the world while travelling is an essential part of modern day life but we are also committed to making our roads safe.

Drivers who use a hand-held mobile phone are hindering their ability to spot hazards and react in time – putting people’s lives at risk.

We welcome the Transport Select Committee’s report, and share their drive to make our roads even safer which is why this review will look to tighten up the existing law to bring it into the 21st century, preventing reckless driving and reduce accidents on our roads.

It is already a criminal offence to use a phone while driving without a hands-free device. This latest move will see the government go further to ensure the law reflects the use of devices that allow other distracting activities.

The impact of this behaviour is proven – if a driver looks at their phone for just 2 seconds when travelling at 30 miles per hour, whether to reply to a message or send a quick snap, they will travel 100 feet blind, drastically increasing the chance of an accident.

The review will be urgently taken forward with further proposals expected to be in place by next spring, making the offence clearer for drivers and police forces.

Nick Lloyd, Head of Road Safety at the Royal Society for the Prevention of Accidents said:

Drivers who use their phones are up to 4 times more likely to crash. RoSPA highlighted this loophole in the summer and is delighted that such prompt action is being taken to ensure that all hand-held mobile phone use is to be prohibited, making our roads safer for all.

This action comes alongside further measures to tackle phone use while driving, including a review of road traffic policing and wider traffic enforcement to look at how roads policing currently works, its effectiveness, and where improvements could be made.

While ministers have also announced that they will consider the current penalties in place for hand-held mobile phone use, there are no plans to ban hands-free phone use.

I welcome the government’s announcement to review the law in this area.

Technology has moved on since the original offence was introduced and it’s important to ensure any distraction to a driver is kept to an absolute minimum to keep all road users as safe as possible.

The government also targets distracted drivers by challenging the attitudes, behaviours and social factors that lead to accidents in its award-winning THINK! campaigns.

These are the latest steps taken by the government to improve road safety following the launch of the Road Safety Action Plan earlier this year, which set out over 70 measures to reduce the number of people killed and injured on roads around the country.