Selvarani Elahi, Deputy Government Chemist and Professor Chris Elliott, founder of the Institute for Global Food Security at Queen’s University, Belfast were invited by Dr Ernest Teye of the University of Cape Coast to attend the Ghana Science Association conference and a workshop on rice integrity and managing food fraud during 30 July – 2 August 2019.

Selvarani Elahi gave a presentation on the Food Authenticity Network, highlighting the benefits of Ghana joining this one-stop-shop for food authenticity testing and food fraud mitigation in the global fight against food fraud. Professor Elliott delivered the keynote speech at the Ghana Science Association conference informing the audience of the concept of food fraud, giving local examples and demonstrating the negative impact of fraud.

ATL FM 100.5 MHz Radio interviewed Selvarani and Chris on ‘food fraud and authenticity’, which can be viewed on ATL’s Facebook page.

During the course of the week, meetings were also held with the Director General of the Ghana Standards Authority and the Chief Executive Officer of the Ghana Food and Drugs Authority. 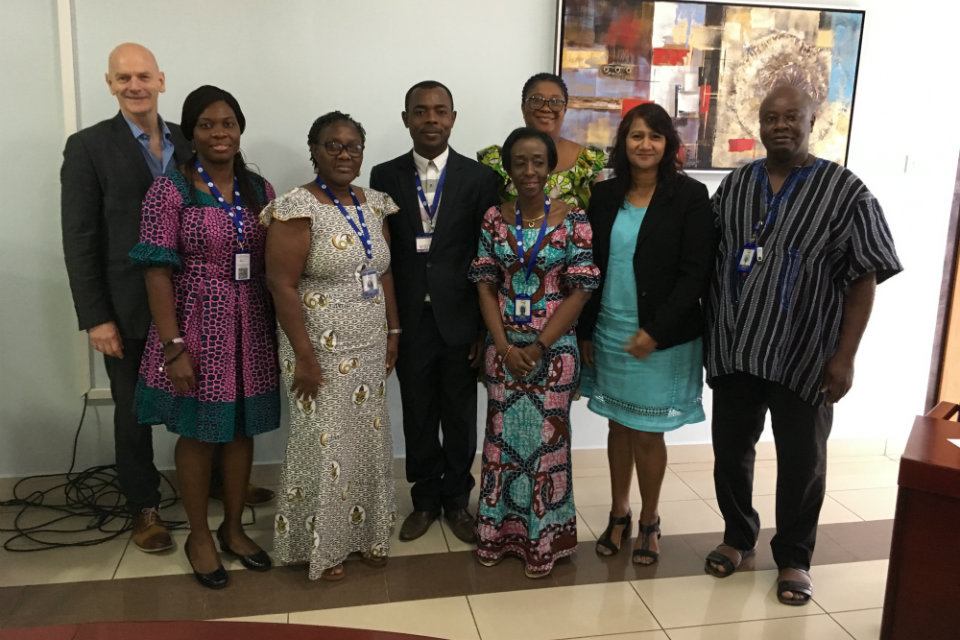 Given the recent report of the meeting by the Transnational Alliance to Combat Illicit Trade (TRACIT) and the United Nations Conference on Trade and Development (UNCTAD) on the negative impact of illicit trade on the UN Sustainable Development Goals (SDGs), both Professor Alex Dodoo and Mimi Darko were keen to implement projects aimed at improving the integrity of Ghanaian food.

They stated their commitment for Ghana, as the ‘gateway to Africa’, to be the first African nation to join the Food Authenticity Network.

For more information about the Government Chemist role, or advice related to food testing, contact