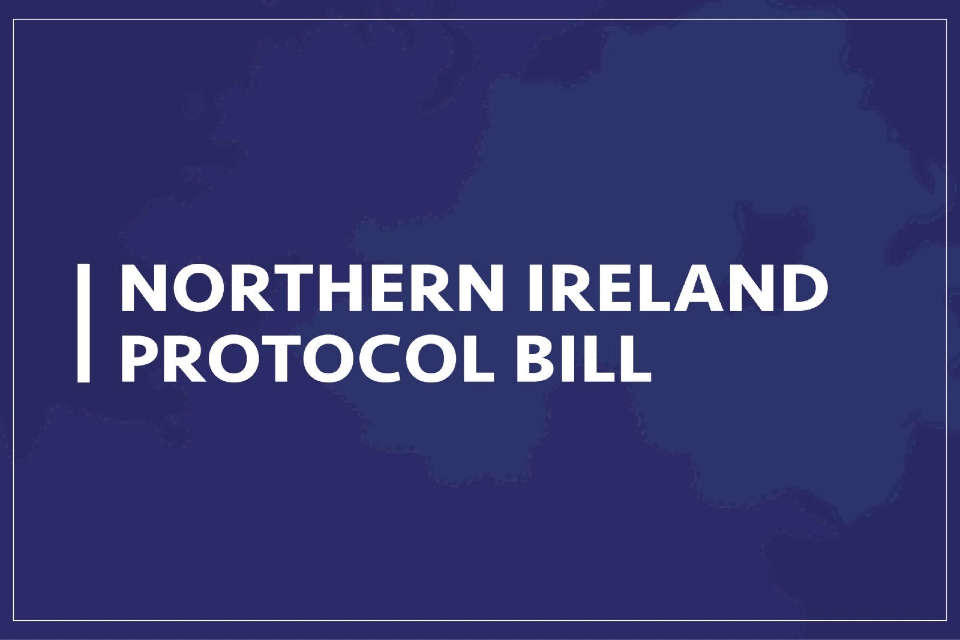 The government has introduced legislation today (Monday 13 June) to fix parts of the Northern Ireland Protocol – making the changes necessary to restore stability and ensure the delicate balance of the Belfast (Good Friday) Agreement is protected.

These problems include disruption and diversion of trade and significant costs and bureaucracy for business. They are undermining all 3 strands of the Belfast (Good Friday) Agreement and have led to the collapse of the power-sharing arrangements at Stormont. The UK government is committed to seeing these institutions back up and running so that they can deliver for the people of Northern Ireland.

Following 18 months of discussions with the EU, the UK’s preference remains for a negotiated solution to fix these problems which are baked into the Protocol.  But the EU must be willing to change the Protocol itself.  Ministers believe that the serious situation in Northern Ireland means they cannot afford to delay.

This Bill will uphold the Belfast (Good Friday) Agreement and support political stability in Northern Ireland. It will end the untenable situation where people in Northern Ireland are treated differently to the rest of the United Kingdom, protect the supremacy of our courts and our territorial integrity.

This is a reasonable, practical solution to the problems facing Northern Ireland. It will safeguard the EU Single Market and ensure there is no hard border on the island of Ireland. We are ready to deliver this through talks with the EU. But we can only make progress through negotiations if the EU are willing to change the Protocol itself – at the moment they aren’t. In the meantime the serious situation in Northern Ireland means we cannot afford to allow the situation to drift.

As the government of the whole United Kingdom, it is our duty to take the necessary steps to preserve peace and stability.

The legislation enables the government to bring forward durable solutions in each of the 4 key areas. The solutions are:

These changes are designed to protect all 3 strands of the Belfast (Good Friday) Agreement, including North-South cooperation, and support stability and power-sharing in Northern Ireland. They will provide robust safeguards for the EU Single Market, underpinned by a Trusted Trader scheme and real-time data sharing to give the EU confidence that goods intended for Northern Ireland are not entering its market. The legislation also ensures goods moving between Great Britain and the EU are subject to EU checks and customs controls.

The UK’s proposals protect the elements of the Protocol that are working, such as the Common Travel Area. It also contains a provision for it to be replaced by a negotiated settlement, if one is agreed with the EU.

It is consistent with international law and further information on the government’s legal position has been published today.

The government has today also published a ‘problems and solutions’ explainer document setting out each of the proposals in detail.

The UK has engaged extensively with the EU to resolve the problems with the Northern Ireland Protocol over the past 18 months. In the recent intensive discussions between October and March, the negotiating team held more than 300 hours of official and ministerial discussions and spent hundreds more examining the EU’s non-papers in detail.

However, it has become clear the EU proposals don’t address the core problems created by the Protocol. They would be worse than the status quo, requiring more paperwork and checks than today. The EU have said they will not allow changes to the Protocol within its current negotiating mandate.