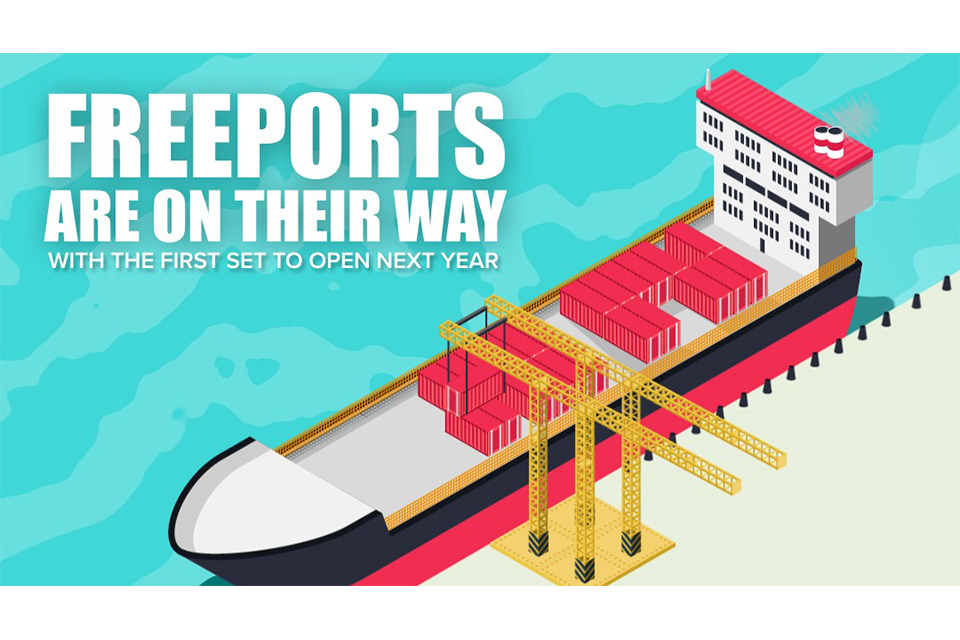 Responding to the consultation on the proposals the government confirmed that sea, air and rail ports in England will be invited to bid for Freeport status before the end of the year, with the government aiming for the first of the new sites to be open for business in 2021.

It also confirmed the Freeports will benefit from:

Seizing on the opportunities presented by leaving the EU, Freeports will be created across the nation to help drive Britain’s post-Brexit growth.

Designed to attract major domestic and international investment, the hubs of enterprise will allow places to carry out business inside a country’s land border but where different customs rules apply. They have been successfully used in countries around the world to drive prosperity and boost trade.

The Chancellor of the Exchequer, Rishi Sunak, said:

Our new Freeports will create national hubs for trade, innovation and commerce, regenerating communities across the UK and supporting jobs.

They will attract investment from around the world as we embrace new opportunities following our departure from the EU and will be a key driver for economic recovery as we build back better post coronavirus.

The government is working constructively and collaboratively with the devolved administrations to seek to establish at least one Freeport in each nation of the UK.