The resting place of Corporal (Cpl) Robert Owen Davies, The Royal Welsh Fusiliers, has been identified more than a 100 years after he lost his life during World War 1. To mark his sacrifice a rededication service was held yesterday (Tuesday 18 June) at the Commonwealth War Graves Commission’s (CWGC) London Cemetery and Extension, on the Somme, in France. The service, which was organised by the MOD’s Joint Casualty and Compassionate Centre (JCCC), part of Defence Business Services, was conducted by the Chaplain to 1st Battalion The Royal Welsh. Members of 1st Battalion The Royal Welsh, the antecedent regiment to The Royal Welsh Fusiliers, were also present at the service. 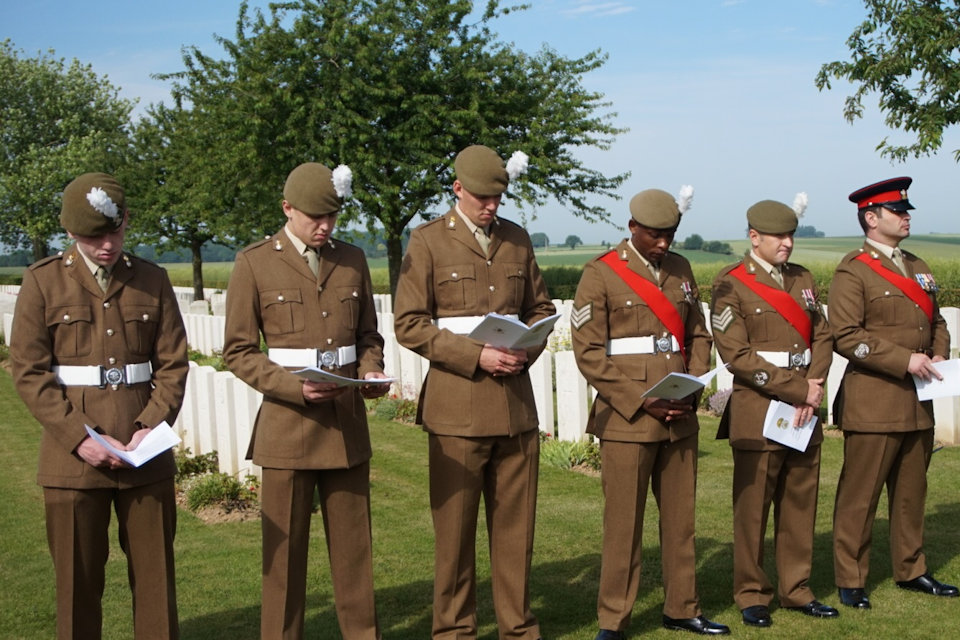 Members of the 1st Battalion The Royal Welsh, participate at the rededication service for Cpl Davies, Crown Copyright, All rights reserved

The final resting place of Llandrillo-born Cpl Davies came to light after a researcher submitted evidence that suggested he had been found. Further research by the MOD’s JCCC and the National Army Museum was undertaken to corroborate the evidence and the identification of the ‘unknown soldier’ grave was later confirmed by the JCCC. 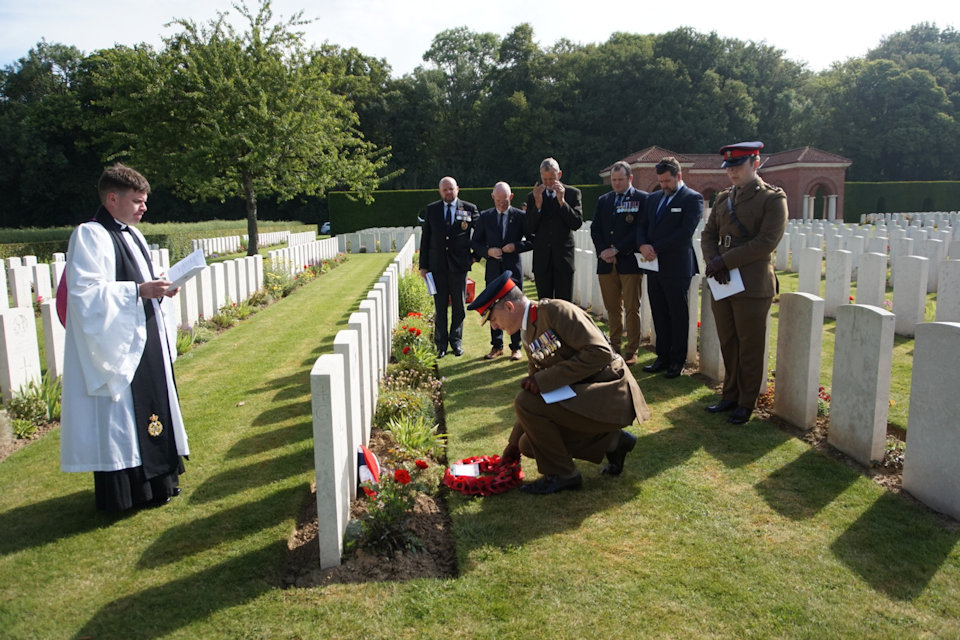 I am deeply grateful to JCCC for finding my great uncle and giving him this honour. I have been researching the family history for many years and to find him has given me peace.

It has been an honour to organise this rededication service and to join The Royal Welsh in remembering their fallen comrade. Cpl Davies gave his life in the service of his country and that we might live in peace and freedom today. It is vital that the memories of such men are kept alive. 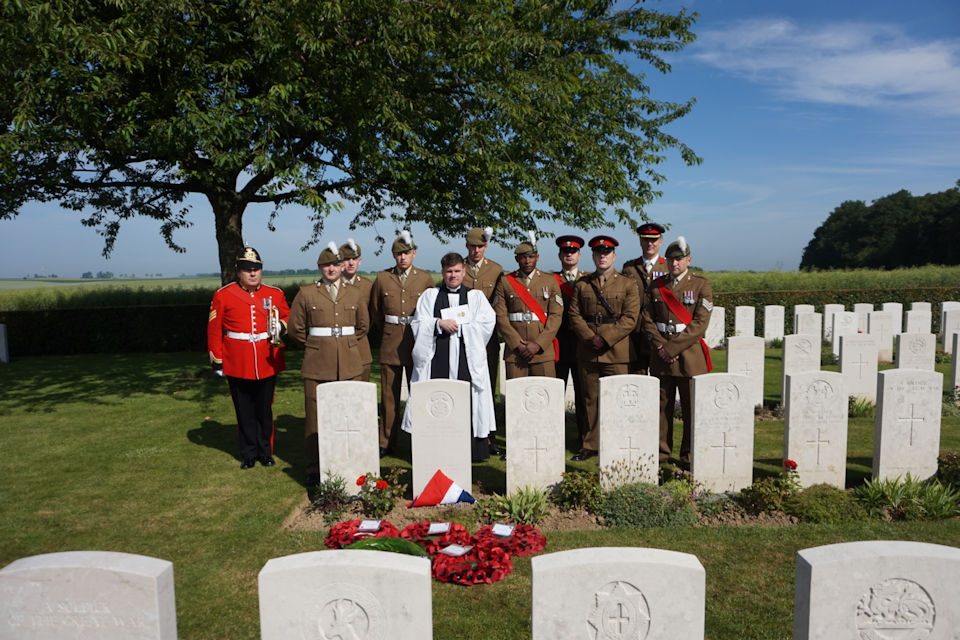 The military party gather at the graveside of Cpl Davies, Crown Copyright, All rights reserved

On 19 July 10th Battalion were ordered to attack at Delville Wood on the Somme. The battalion moved into Delville Wood where they encountered rifle and machine gun fire. At 3.45am on 20 July the attack commenced despite the heavy resistance already experienced and was ultimately unsuccessful. It was during this attack that Corporal Davies was killed. He was 27 years old.

Cpl Davies body remained in Delville Wood until 1935 when he was recovered and buried in London Cemetery and Extension as an ‘Unknown Corporal of The Royal Welsh Fusiliers’. As his grave was unidentified, he was commemorated on the Thiepval Memorial.

We are honoured to be able to mark the recently identified grave of Corporal Robert Owen Davies with a headstone bearing his name. It is a privilege for the Commission to reflect his heritage by engraving the personal inscription chosen by his family in his native Welsh language. We will ensure that his grave, together with all of those who served and fell, is cared for in perpetuity.

International Affairs Diplomatic missions of the Caribbean: call for bid…
0
✖