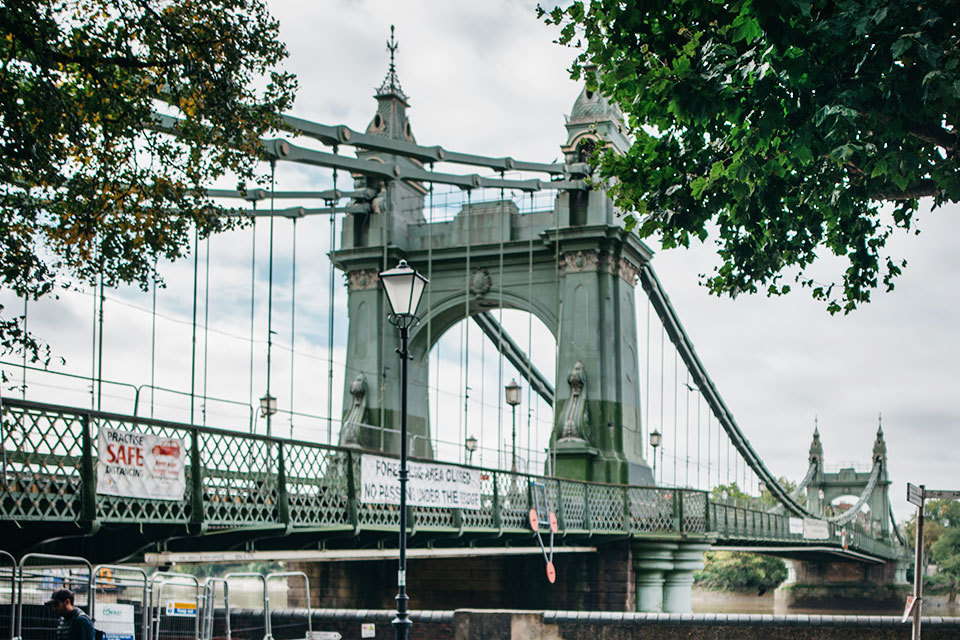 The fifth meeting of the Hammersmith Bridge taskforce was held today, 15 October 2020. It was chaired by Transport Minister Baroness Vere and attendees included Project Director Dana Skelley, Professor Norman Fleck, plus representatives from the London Boroughs of Hammersmith and Fulham and Richmond upon Thames, the Greater London Authority, TfL, and the Port of London Authority.

The taskforce held another productive meeting today as we continue to urgently develop plans to get a temporary solution up and running for Londoners. In addition to the temporary ferry service, the group also discussed alternative options for a temporary footbridge across the river. These would be dependent on further feasibility studies and technical approvals, but there may be a more easily-constructed temporary footbridge than has previously been proposed.

The taskforce spent time discussing the overall project plan and discussed the assurances government would expect to see from members of the taskforce in order to unlock the next steps and press ahead.

In addition, we are glad to report that from Monday 2 November, the first day back after half term, the 533 bus route will run a fifth bus per hour in the weekday peaks.

We also look forward to the upcoming virtual meeting with residents and other members of the public which will allow them to put their questions directly to senior members of the taskforce. Further communications on this will follow shortly.

Transport £42 million to tackle congestion on the A630