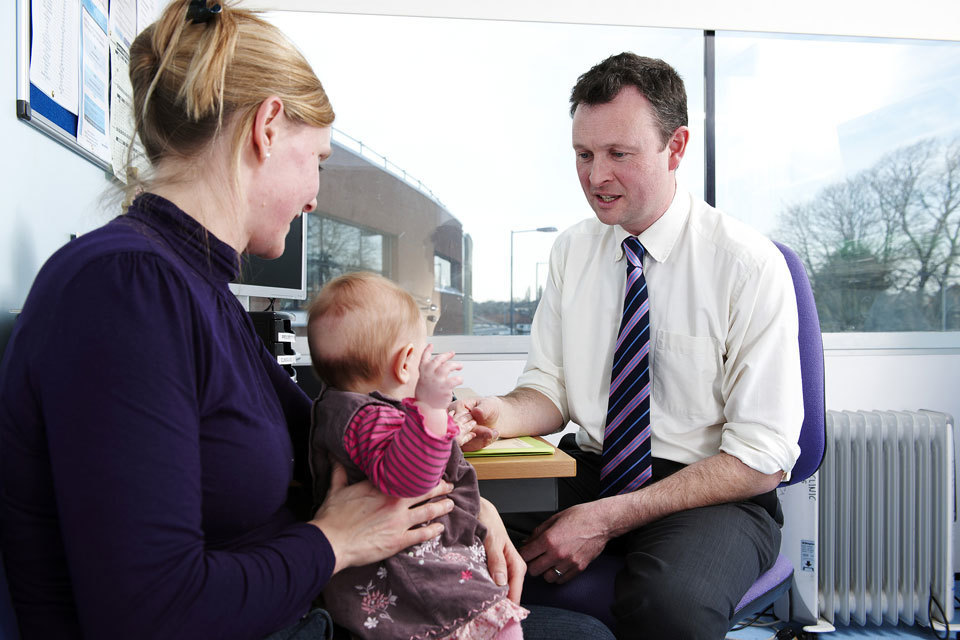 Health chiefs in England are encouraging parents to be aware of the signs of respiratory illnesses in young children, as data from Public Health England (PHE) shows cases are starting to rise in parts of the country.

Respiratory illnesses, including colds and respiratory syncytial virus (RSV) are very common in young children and we see them every year.

Last winter, due to the various restrictions in place to reduce the spread of coronavirus (COVID-19), there were far fewer infections in younger people. This means many will not have developed immunity and so we may see more cases this year than in a typical season. For the majority of children, these illnesses will not be serious and they will soon recover following rest and plenty of fluids.

RSV is a very common virus and almost all children are infected with it by the time they are 2 years old. In older children and adults, RSV may cause a cough or cold.

However, some children under 2, especially those born prematurely or with a heart condition, can suffer more serious consequences from these common infections such as bronchiolitis, an inflammatory infection of the lower airways – which can make it hard to breathe.

The early symptoms of bronchiolitis are similar to those of a common cold but can develop over a few days into a high temperature of 37.8°C or above (fever), a dry and persistent cough, difficulty feeding, rapid or noisy breathing (wheezing).

Most cases of bronchiolitis are not serious and clear up within 2 to 3 weeks, but you should contact your GP or call NHS 111 if:

While still at low numbers, respiratory infections in young children are expected to rise this summer and as we go into the winter months.

I remember the long nights in hospital when my 8 week old daughter fought off RSV. The image of her tiny body plugged into those machines and gasping for air will not leave me. I would not wish those moments for anyone.

I urge all parents and carers to be alert to the signs of RSV, particularly amongst young children. It’s a nasty bug, so watch out for it.

This winter, we expect levels of common seasonal illnesses such as cold and flu to increase as people mix more and given that fewer people will have built up natural immunity during the pandemic.

Children under 2 are at a particular risk of severe infections from common seasonal illnesses. If a child under 2 is suffering from a cold, keep a close eye on their symptoms and make sure to contact your doctor if they get a high temperature, become breathless or have difficulty feeding.

It’s important that we carry on with good hygiene habits that we’ve become used to during the pandemic, in order to protect ourselves and those around us. This means washing your hands regularly, using a tissue to catch coughs or sneezes and washing your hands afterwards, and staying away from others if you feel unwell.

For most children these illnesses won’t be serious and they will ​soon bounce back but if you do need medical help for your child, especially if they are under 2, please do come forward for the care you need.

The NHS has detailed plans in place for a wide range of scenarios ahead of winter and will continue to adapt them as needed, in line with the guidance from PHE.

NHS England began planning for the potential rise in paediatric respiratory infections in April 2021, with paediatric units bringing forward their usual winter planning, escalation and emergency processes which will support an increased capacity in terms of beds, workforce and ward supplies.

As part of NHS preparedness and in response to summer case detections by PHE surveillance, the offer of the preventative medicine palivizumab has been brought forward from the usual October start date and the number of doses has been extended from 5 to 7. It will also be offered to young children who are at the highest risk of complications from RSV, reducing the risk of hospitalisation in those most vulnerable.

This follows advice from the Joint Committee on Vaccination and Immunisation (JCVI).

PHE has also extended its surveillance system to ensure early signals of respiratory illnesses are being reported from a sample of NHS trusts. This usually ends in May and resumes in October, but will now continue into the summer months.

New landmark strategy to improve the lives of autistic people