The Coal Authority, which manages the effects of past coal mining, is 1 of 4 organisations supporting the “Reconnecting Our River – The River Afan” project led by Swansea University.

Over the next 16 months the project will combine citizen science and the application of novel environmental DNA tools to find out the river’s health. They will be used to survey the biodiversity within the watercourse and the impacts of physical and chemical barriers on different species along the river’s 230km catchment.

Rising to 500m above sea level at its highest point, the River Afan flows for 26km into Swansea Bay at Port Talbot. In the early 19th century salmon were virtually eliminated from the river because of the pollution caused by local coal mining and metal refining. Although it has been improved in recent years, it still has pollution issues – with 4 out of the 6 Afan water bodies failing to meet the fish targets set by the EC Water Framework Directive.

These chemical barriers, together with physical ones, are to be systematically surveyed by new environmental DNA techniques that will map the occurrence of salmon, trout and invertebrates. In addition, local ‘Citizen Scientists’, which include the Afan Anglers local community interest group, will identify and record physical barriers and points of pollution on the river by using the Barrier Tracker App.

The volunteers will also release and recapture small biodegradable floats to highlight how far they are able to travel in different parts of the catchment.

We are delighted to be one of the contributors to the project because of our ongoing work in the Afan catchment and our existing relationship with the Afan Anglers group. 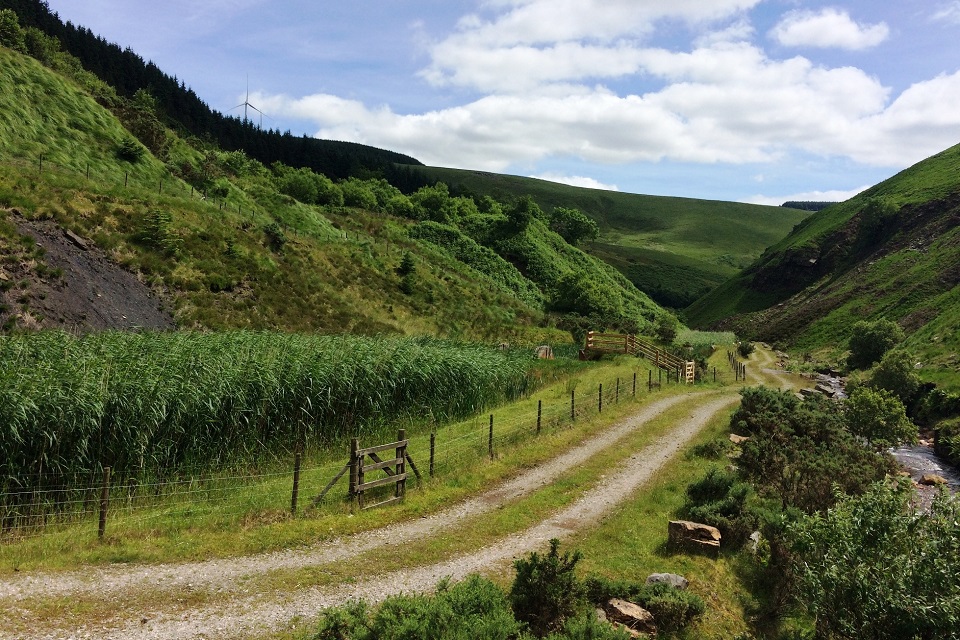 Coal Authority mine water treatment scheme in the Afan catchment

The long history of coal mining in the area has had a significant impact on the river system as mine water pollution can be a serious barrier to fish and other species. The Coal Authority operates 4 mine water treatment schemes on the Pelenna and Corrwg rivers in the Afan catchment, and so we welcome any study that reveals the impact of that activity.

The aim of the Coal Authority is to make a better future for both people and the environment in mining areas through innovative schemes and projects. As an organisation we carry out a range of research and are pleased to link up with other organisations. This kind of survey makes a huge amount of sense. The results of this partnership will be welcome and will provide broader evidence for future schemes and our ongoing work within the area.

One of the designers of the study, Dr. Josh Jones, Postdoctoral Research Officer at Swansea University, added: “Over 96% of rivers in Great Britain are disconnected.

“This project is a great opportunity to bring together academia, industry and volunteer citizen scientists to better understand this issue.”

Helping to ‘reconnect’ the River Afan