Her Majesty The Queen and the Holy See 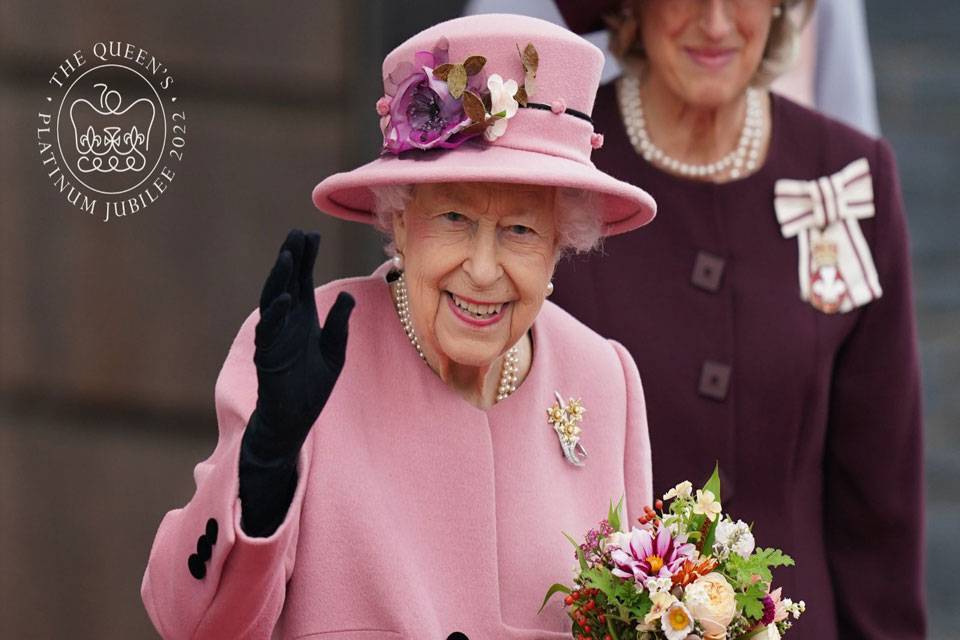 Your Excellency Archbishop Gallagher, Rev Sister Jane, Your Eminence, Excellencies, Ladies and Gentlemen, thank you very much for joining us this evening as we celebrate Her Majesty The Queen’s official birthday in the 70th year of her reign. As we saw in the media over last weekend, this Platinum Jubilee has brought the people of the United Kingdom together in an extraordinary way, in a celebration of Her Majesty’s dedication to her people, and in tribute to the longest reign in British history – second only to that of the longest reigning monarch in recorded history, Louis XIV, who reigned a little over 72 years. The Queen’s extraordinary reign has seen her travel more widely than any other monarch, undertaking over 260 official visits overseas, including nearly 100 state visits – which is perhaps why these celebrations have echoed so widely across every part of the world.

It is a particular honour for me to be marking this occasion as Her Majesty’s Ambassador to the Holy See, given the strong personal relationships she has built with five successive popes, starting as a young princess in 1951 with a meeting with Pius XII here in Rome. Also given the central role her faith has played in the performance of her duties. From her first recorded broadcast, on her 21st birthday, when she dedicated her whole life in that now famous phrase, ‘whether it be short or long’, to the service of her people and called on God to help her make good her vow. And we have seen over the years how, clearly, she meant this. Including through numerous Christmas broadcasts, for example in 2002:

‘I know just how much I rely on my own faith to guide me through the good times and the bad. Each day is a new beginning, I know that the only way to live my life is to try to do what is right, to take the long view, to give of my best in all that the day brings, and to put my trust in God.’

Importantly, however, as Head of the Nation and Head of the Commonwealth, Her Majesty also recognises and celebrates other faiths in the UK and throughout the world. I quote from a speech she made at an interfaith meeting in Lambeth Palace during her Diamond Jubilee in 2012:

‘Faith plays a key role in the identity of millions of people, providing not only a system of belief but also a sense of belonging. It can act as a spur for social action. Indeed, religious groups have a proud track record of helping those in the greatest need, including the sick, the elderly, the lonely and the disadvantaged. They remind us of the responsibilities we have beyond ourselves.’

Those of you watching the Pageant on Sunday will have seen a wonderfully colourful presentation called ‘Have Faith’, with the six principle faiths in Britain represented in lantern sculptures. It is hard to think of a better way to showcase the importance of her faith to Her Majesty. It also reminded me of the importance of multi-faith work, including on global issues such as climate change. I am very pleased that my first big official meeting as ambassador here was the faith leaders meeting on climate last October, organised with the Vatican and the Embassy of Italy at which Pope Francis himself handed an appeal to world leaders to our COP President in advance of the meeting in Glasgow. An excellent example of the impact of our collaboration.

This year, we have been celebrating the 40th Anniversary of ambassadorial relations between the UK and the Holy See. Her Majesty herself played a critical role in establishing our current flourishing relationship when she came on a state visit to the Vatican in 1980, with an invitation for Pope St John Paul II to visit Buckingham Palace during his upcoming pastoral visit to the UK. The first by a reigning pope. And she spoke of a ‘new and constructive era’ unfolding between the Church of England and the Catholic Church.

In November 2015, in an address to the Church of England, the Queen highlighted how she saw the role of the church when she said: ‘St Paul reminds us that all Christians, as ambassadors for Christ, are entrusted with the ministry of reconciliation. Spreading God’s word and the onerous but rewarding task of peace-making and conflict resolution are important parts of that ministry. So, too, is the Church of England’s vocation to work in partnership with those of other faiths and none, to serve the common good in this land.’

Before I close today, there are a couple of logistical announcements to make. I hope you have all found the different foods being served in different corners of this lovely garden. I am grateful to those who have worked so hard to prepare them, and in particular to identify the wide range of edible variations of purple on the menu today! I am grateful to the Embassy Choir for leading us in the National Anthems, and to our bag-piper who welcomed us all this evening.

In a moment, the archbishop and I will be planting a tree in this garden as part of the Queen’s Green Canopy initiative – an initiative created to mark Her Majesty’s Platinum Jubilee, which invited people from across the United Kingdom and around the world to “Plant a Tree for the Jubilee”.  We were thrilled to hear that Pope Francis had donated a Cedar of Lebanon as part of this campaign. And we will now be planting an olive tree as a symbol of peace in a conflict-afflicted world. Remembering Ukraine, and other parts of the world at war, including the last place I hosted a Queen’s Birthday Party, pre-COVID, in Juba, South Sudan. Later, we will be serving the Jubilee pudding – chosen by Mary Berry (an icon of British baking) from hundreds of other recipes to be the flag-carrier for this year’s jubilee. I would also like to thank Sister Jane and the Congregation of Jesus for letting us use this wonderful garden. And finally, I would like to thank you all for coming.

I will close with what I believe is one of the most revealing statements Her Majesty has made about her system of beliefs in 2015: ‘Not all of us can do great things. But we can do small things with great love,’ she said, quoting a favourite saying of Mother St Teresa of Calcutta. The Queen continued: ‘On our own, we cannot end wars or wipe out injustice, but the cumulative impact of thousands of small acts of goodness can be bigger than we imagine.’

Her Majesty The Queen and the Holy See