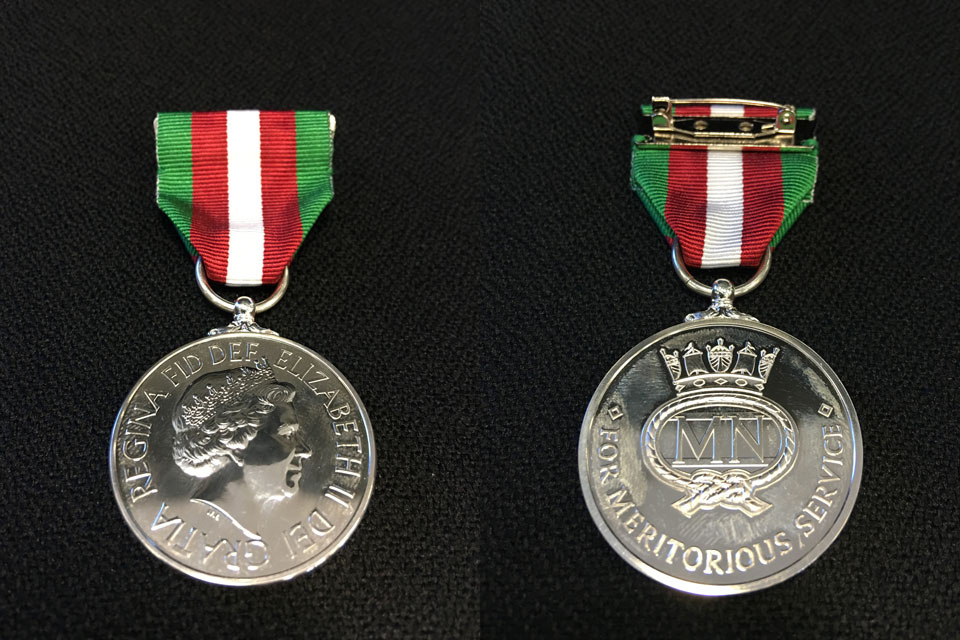 A 93-year-old seafarer who began his nautical career in 1943 has been given the highest honour in shipping, Maritime Minister Nusrat Ghani has announced today (3 September 2019).

Captain Angus McDonald is one of 19 men and women receiving a Merchant Navy Medal for Meritorious Service to the UK’s maritime industry.

Setting out to sea with the Merchant Navy at the height of World War 2, Captain McDonald served in international waters for more than 20 years and navigated the treacherous seas off the West African coast as a port pilot in Ghana.

Another recipient of this year’s prestigious award is Captain Rachel Dunn, who started her career in the Merchant Navy and later became the first female Admiralty Pilot.

It is a privilege to announce the recipients of this year’s Merchant Navy Medal, for their service both at sea and on land.

These remarkable men and women have gone above and beyond their duty to provide an invaluable service not only to our maritime industry, but to our nation.

Their impressive contributions to the maritime sector have boosted the heart of the industry while also paving the way for the future generations of seafarers – and I would like to thank them for their work.

The annual Merchant Navy Day celebrates the vital role of Merchant Navy seafarers and the contribution they continue to make to our country, as well as their well-known service during wartime.

Other recipients of this year’s medal include Captain Mark Meade, who found his passion for all things maritime working alongside his father on small workboats and tugs.

Throughout his career, Captain Mark Meade has worked to improve the safety and standards of the industry and is now Chairman of the National Workboats Association.

Captain Fran Collins, who started as a cadet and sailed on deep-sea oil and gas tankers, went on to become the first female captain of a Condor ferry and is now the CEO of Red Funnel. She has also been honoured with a Merchant Navy Medal.

The medals will be officially awarded at a ceremony at Trinity House in November.

Transport Judging panel for Transform a Pacer competition an…
0
✖