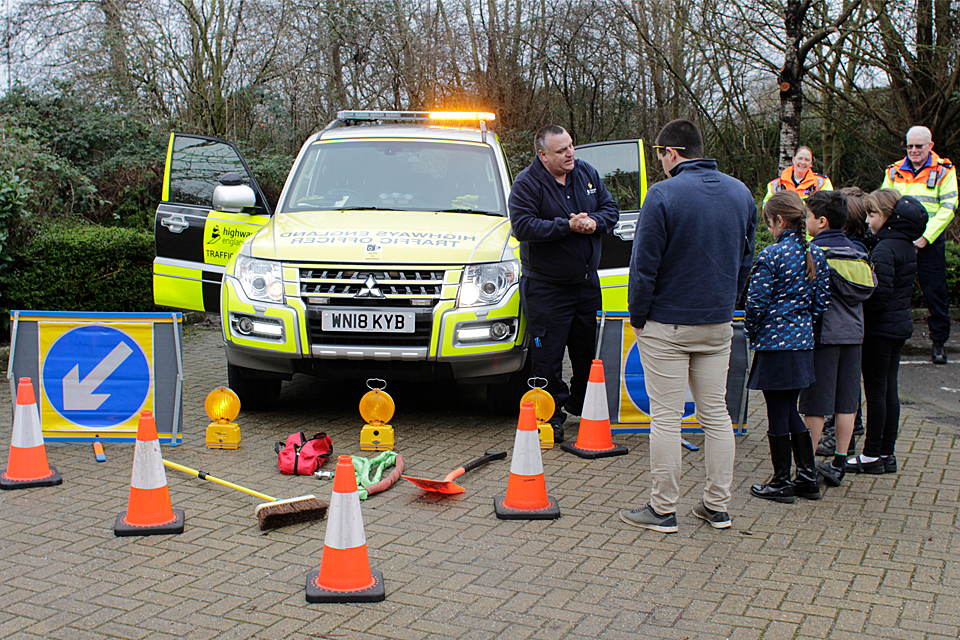 Helping to inspire the next generation of transport professionals and encourage young people to consider STEM (Science, Technology, Engineering and Mathematics) as a career, the company hosted Year 5 and Year 6 pupils from Minety and Oaksey Church of England Primary Schools at their operational base at Avonmouth.

During the visit, youngsters got the chance to see Highways England’s Control Room and the monitoring screens covering routes in the South West, met up with Traffic Officers and their on-road vehicle, built Lego Mindstorm autonomous cars and learned about road engineering through civil engineer Nuria Zea Checa, from Highways England partner WSP.

The company is responsible for planning, building, operating and maintaining England’s motorways and major A roads, and Garry Packer, Lead Performance Analyst for Highways England, said:

I’m very focused on raising children’s aspirations and confidence so they can see their potential, and these school visits are a great way to do this while also promoting Highways England as a great place to work.

I really believe that by engaging children from a young age, the next generations will be more interested in a whole range of transport and engineering-related careers, and Highways England hopes to encourage young people from a diverse range of backgrounds to work in the transport sector and particularly in STEM careers.

The children found it very inspiring and as well as giving them ideas about what they might like to do in their future careers it has helped them understand the type of skills employers are looking for.

When they returned to school they all said they thought it would be cool to work for Highways England.

Highways England hosts pupils to inspire the next generation