Highways England lays out roadmap to net zero by 2050 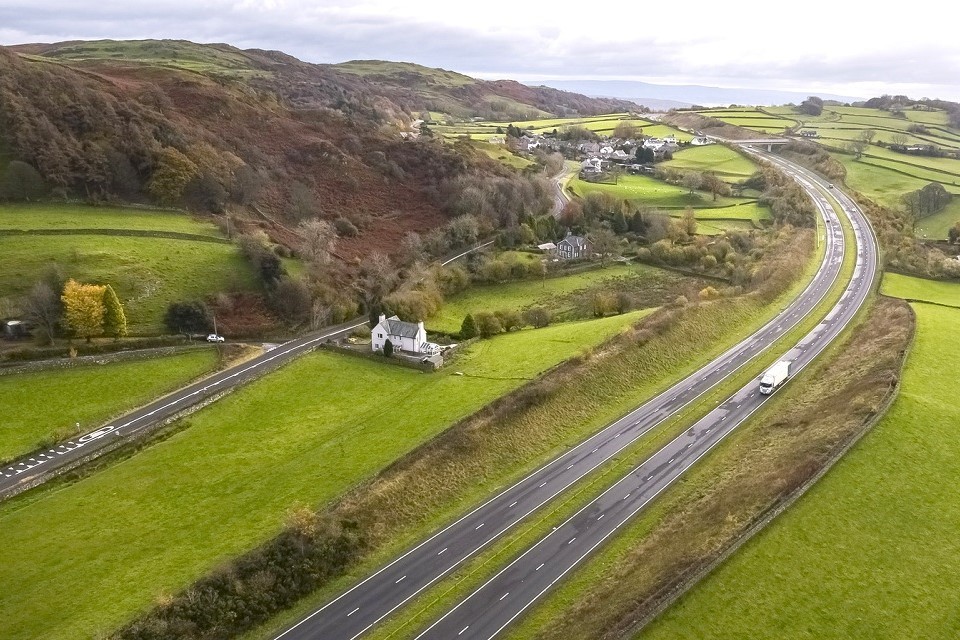 From today, the Government company will take immediate and sustained action towards decarbonising England’s motorways and A-roads, so they can continue to bring significant benefits to motorists, communities and businesses in a net-zero future.

Building on its work reducing carbon since 2015, the plan sets out a comprehensive roadmap to rapidly decarbonise the strategic road network (SRN).

Highways England plans to achieve this by putting roads at the heart of Britain’s net zero future through three key commitments; achieving net zero for its own operations by 2030, delivering net zero road maintenance and construction by 2040; and supporting net zero carbon travel on our roads by 2050.

Contractors and suppliers will also be required to act, including commitments to reduce carbon year-on-year by using the latest technologies, so that by 2040 our road maintenance and construction is near zero emissions.

The company has been progressing towards net zero for some time, with examples including having already introduced plug-in hybrid vehicles to its fleet, installed more effective LED lighting on the M62, utilised recycling and solar power for resurfacing on the A590, and launched electric vehicle trials with Leeds, Coventry, Sheffield, Kent and Nottingham Councils.

Highways England recognises the threat of climate change and the risks it poses for us all. That’s why we’re pledging to take effective action to take carbon out of roads.

Today roads are a convenient, efficient and low-cost way to travel which is why 9 out of 10 passenger miles and 79 per cent of all freight moves on roads. Our plans set out how emissions from our own operations, our construction and our customers will reduce over the coming years.

It will put roads at the heart of the low carbon economy, while preserving the convenience and economic benefit of an efficient road network.

Highways England will generate more electricity from renewables, work with its supply chain to transition to net zero construction and support low carbon travel, all while identifying further opportunities to deliver wider sustainable development, such as green spaces and biodiversity.

To achieve net zero, Highways England is taking action by the following dates:

2025: Highways England has made a Greening Government Commitment to reduce its own carbon emissions by 75% compared with the 2017/18 baseline

2030: Highways England will be net-zero for its own carbon emissions. This includes switching to LED lighting, changing its vehicle fleet to electric and planting up to 3 million additional trees

2040: All construction and maintenance activities carried out on the Strategic Road Network will be net-zero

We know that transport is the biggest emitter of carbon emissions, which is why I’m pleased to see that Highways England are setting out a roadmap which will clean up our air as we Build Back Greener.

This comes just days after the government unveiled its Transport Decarbonisation Plan, setting out our plans to reach net zero emissions by 2050.

This plan supports the UK Government’s Transport Decarbonisation Plan and the Paris Agreement. It also meets the challenge of international organisations based on scientific targets and supports the need to build back greener following COVID-19.

As the country moves towards all new cars and vans being zero emission by 2030, over a billion pounds will be invested by the government to accelerate the roll out of charging infrastructure, making charging researching electric cars as easy as filling a vehicle with petrol or diesel, and cheaper to run.

Our members recognise their responsibilities to protect current and future generations from the impact of climate change.

How we build and maintain our roads naturally plays a key role in meeting net zero goals. Roads form a critical backbone of the UK economy, supporting not just our personal journeys, but contributing substantially to economic growth.

As an industry we must recognise what good looks like, understand where it’s going and always challenge our thinking, in order to deliver sustainable infrastructure for the long term.

You can read the net zero plan here.

Highways England lays out roadmap to net zero by 2050