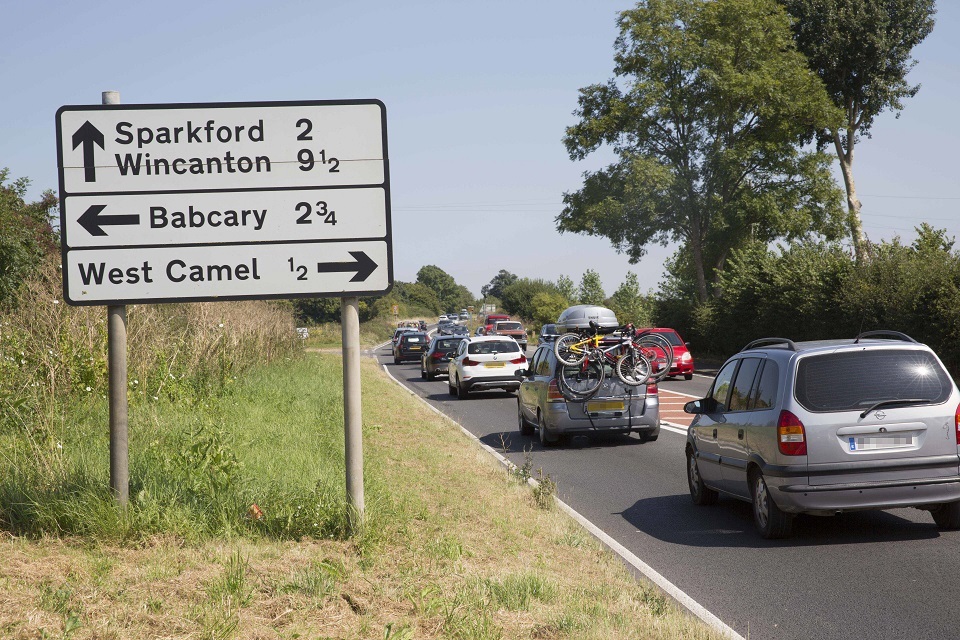 Transport Secretary Grant Shapps has given the formal green light to a plan to create three miles of high-quality dual carriageway on the A303 in Somerset.

The upgrade, between Sparkford and Ilchester, will tackle congestion on the traffic-clogged single carriageway section of the arterial route.

On an average day the road carries 23,500 vehicles, but numbers increase significantly in the summer, particularly at weekends, making journeys unreliable and unpredictable.

The announcement comes just two months after the Transport Secretary gave the go-ahead for another congestion-busting scheme further west along the A303 – the project to dual the route between Amesbury and Berwick Down past Stonehenge, creating a tunnel under the World Heritage Site.

Together the upgrades will unlock economic growth and improve journey times and reliability between the M3 and M5, supporting the economy.

We welcome the Secretary of State’s decision to upgrade the A303 between Sparkford and Ilchester.

Along with the A303 Stonehenge tunnel project, it is part of the biggest investment in our road network for a generation.

This scheme will support economic growth and facilitate a growth in jobs and housing by creating a free-flowing and reliable connection between the south east and south west.

It will also tackle a long-standing bottleneck, reduce journey times to the south-west and improve traffic flows in that area at peak times and during peak seasons.

Having completed all the necessary surveys, Highways England is now finalising the detailed design with contractors and currently anticipate starting on site in 2021.

Besides the new dual carriageway link the upgrade will include new and replacement slip roads, junctions and road bridges to replace existing junctions and direct access roads.

The route will rise up West Camel Hill before crossing over the existing A303 at the junction with Steart Hill/Howell Hill and meet up with the existing road again between Vale Farm and the Ministry of Defence signal station at Eyewell/Traits Land.

The final section of the route bypasses the existing Hazlegrove Roundabout to the north through the Registered Park and Garden associated with Hazlegrove House, before tying into the existing A303 Sparkford Bypass.

Upgrading the single carriageway sections of this important route is key to supporting the south west economy, particularly as the only alternative route via the M4 and M5 into the south west is already heavily congested.

FSB believes that more investment should be directed to improving key links on the A road network across the UK as a way of supporting our local regional economies.

As a result, we are wholeheartedly in support of this new scheme.

Alongside the A303, Highways England is also moving forward with the A358 Taunton to Southfields scheme which promises a high-quality dual carriageway link.

Essential to the A303 corridor, the scheme has been allocated to Taylor Woodrow, which is progressing work on the preliminary design and initial survey work ahead of a public consultation.

In the meantime, further information on upgrading the A303 can be found on the programme page.

And for further information on the A303 Sparkford to Ilchester upgrade can be found on the scheme website.