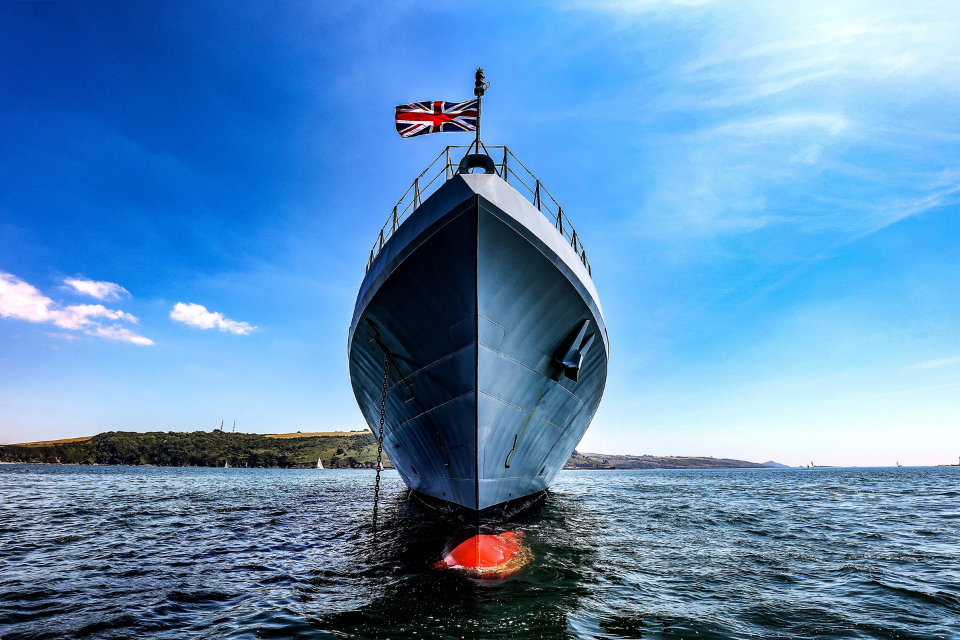 Over the course of their five-year deployment, HMS TAMAR and sister ship SPEY plan to work with allies and partners across the region and plan to visit countries from Australia to Japan, and Fiji to Singapore.

Since deploying in September 2021, Tamar and her sister ship Spey have travelled 25,000 nautical miles to Columbia, through the Panama Canal, transiting along the US West coast and into the region via Hawaii. Some of the highlights of Tamar’s operations include:

Highlights from HMS Spey’s operations include the following:

Alongside the Royal Navy, the British Army and Royal Air Force regularly conduct exercises and operations with partners and allies, underlining the UK’s joint commitment to security and stability in the Indo-Asia Pacific.

The 90m-long patrol vessel has a pivotal role in tackling shared security challenges and developing relationships; we’re not a carrier, we’re not a massive warship or an intimidating force, we’re here as a force for good and a force for peace.

This deployment has seen us travel to some amazing places, interacting with a whole host of new cultures. It has been a privilege to work alongside local communities, government organisations and military forces in the Pacific; we have learned a lot from each other, and I look forward to building on those relationships and working with our close partners again in the near future.

We’re delighted to welcome Tamar to Australian shores this week, and the chance for the crew to take a well deserved rest following a truly immense deployment across the region. The visit of HMS Tamar in Darwin, and HMS Spey’s deployment in the region, underlines our permanent naval presence across the Indo-Pacific and speaks to the UK’s ongoing commitment to a free and open Indo-Pacific in which sovereign states of all sizes are free from coercion.

HMS Tamar is permanently deployed to the Indo-Pacific region alongside her sister ship HMS Spey. Working alongside partners and allies, the ship is helping tackle security challenges and support nations against the impacts of climate change.