One hundred years may have passed on what was the Western Front, but the discovery of a spoon and other artefacts led to a fitting burial service for Lance Corporal (LCpl) Frederick Thomas Perkins, of the 11th Battalion The Essex Regiment, who was killed during World War One. The ceremony took place at the Commonwealth War Graves Commission’s (CWGC) Loos British Cemetery, near Lens, France on Thursday 7 November in the presence of his family.

The service was organised by the MOD’s Joint Casualty and Compassionate Centre (JCCC), known as the ‘MOD War Detectives’, who also work to identify the remains of any British fallen soldiers which are found. 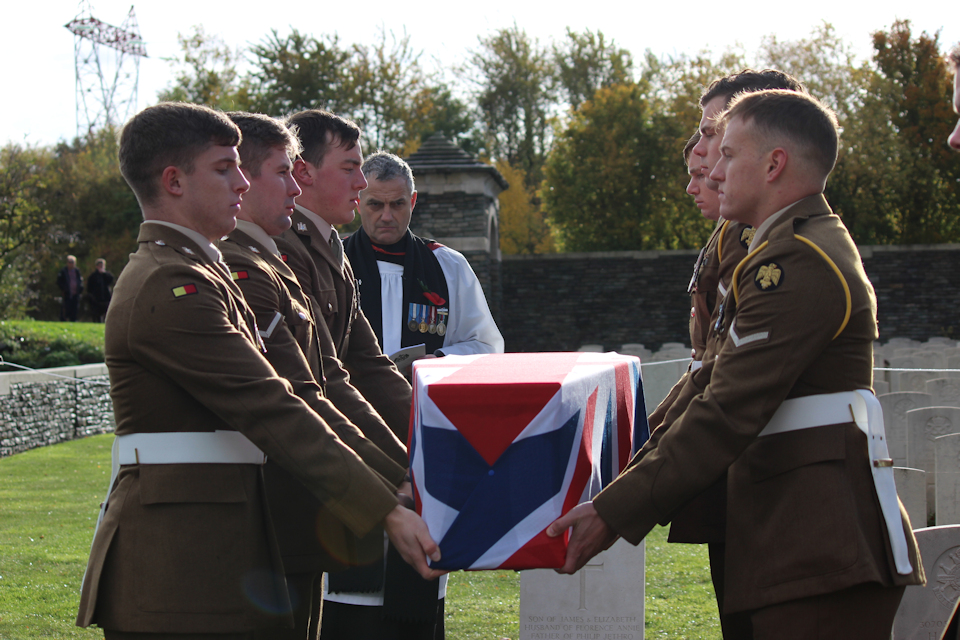 The identification of Lance Corporal Perkins required meticulous research from both JCCC, and The Essex Regiment Museum and our perseverance paid off. It has been an honour to work with The Royal Anglian Regiment to lay Lance Corporal Perkins to rest and to share this experience with his family today. As we build up to Remembrance Sunday, we remember all those soldiers who paid the ultimate sacrifice. 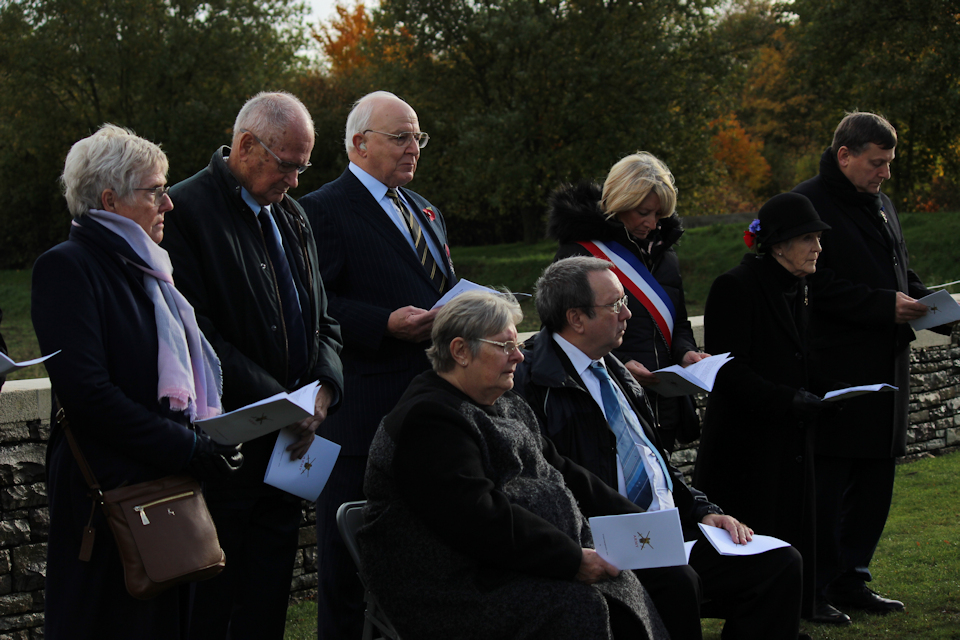 It was a great honour to put Lance Corporal Perkins to rest. It was a real privilege and amazing that all of the research undertaken has led to him being found a century later.

LCpl Perkins was born in Great Waltham, Essex, and was killed in action on 22 April 1917 aged 25. He left behind his wife Florence and their three-year-old son, Philip Jethro Perkins. To honour his memory, family members including his granddaughter, Linda Cook and his great nephew, Tony Brewer, attended the service.

We always wondered what had happened to my grandfather and to be here today and seeing where he now lays is very important to me. Not in my wildest dreams did I expect that they would find him.

The remains of a soldier of The Essex Regiment were discovered at the site of a new hospital to the north of Lens in January 2018. Following the delicate recovery of the remains and a number of artefacts by CWGC, which included a spoon and part of a notebook, JCCC’s research later showed that this was most likely a soldier of the 11th Battalion The Essex Regiment who had been killed in the area in 1917.

Union Flag is folded as it lays upon the coffin

Working as CWGC’s Recovery Manager is a great honour. I am so glad that our meticulous efforts to find every piece of evidence enabled Lance Corporal Frederick Thomas Perkins to be identified. It is a privilege to be here today to see him laid to rest alongside his comrades from The Essex Regiment in Commonwealth War Graves Commission’s Loos British Cemetery.

The JCCC worked with a group of researchers at The Essex Regiment Museum before DNA testing was undertaken that finally confirmed it was LCpl Perkins.

I am so pleased that we, at the Museum, were able to help to identify Lance Corporal Perkins. He was an ordinary man from our county town of Chelmsford who answered the call to defend freedom early in World War One and paid the ultimate price. We will now be able to give him a proper soldier’s burial alongside his comrades. Even today their sacrifice inspires us all to do better.

The grave will now be marked by a headstone provided by the CWGC, who will care for his final resting place in perpetuity. 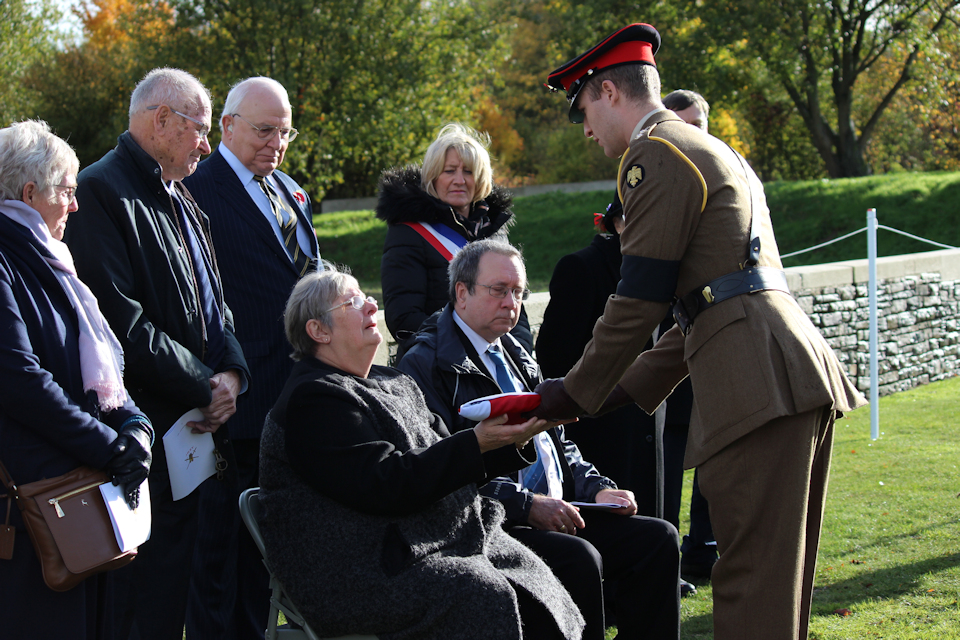