HR Sports Academy is a community interest company (CIC) set up in 2010 by Mickela Hall-Ramsay. It aims to empower young people by providing a cohesive community where they can thrive and develop their skills.

There are many reasons why entrepreneurs launch their businesses.

For Mickela, it was a combination of her love of sport together with upsetting personal circumstances that inspired her to launch HR Sports Academy:

I wanted to start the company because my sister, who had Down’s Syndrome, suddenly passed away in 2007 and at the time youth crime was really high.

I was in my second year at university and even though I was going through this tremendous pain, I couldn’t imagine what families were going through as a result of losing a loved one due to youth crime.

So, after finishing university, I did a master’s degree and my mum had set up a community interest company in memory of my sister and that inspired me to do something for my community.

Getting down to business

Mickela began researching how to start her enterprise, weighing-up the benefits of incorporating as a certain type of business structure.

She decided that a CIC was the best fit for her and the direction she wanted to drive her company. When asked why, she said:

One of the reasons why I decided to register as a CIC is because it allowed me to have that flexibility of applying for grants and have that financial stability and freedom to actually generate money to help us to develop a sustainable business.

Another reason is because there are not so many regulations to follow as a CIC. We’ve got a lot more freedom to do what we want to do as an organisation.

It was not long until the business started to take off. More children started attending the evening and weekend sessions and an increased number of schools reached out to Mickela to find ways of working together.

But as her business grew, Mickela began to realise that there was much more to being a company director than she originally thought:

There’s loads of legal things that I didn’t really know about in addition to the day-to-day running of the business – so payroll, managing staff, hiring staff, sorting insurance.

I suppose the list of my responsibilities as a director is endless!

To overcome her challenges, Mickela took advantage of the support available from the British Library for aspiring young entrepreneurs.

For Mickela, one of the biggest challenges she has had to overcome as a young entrepreneur is finding the right staff who embody the organisation’s core values:

At the moment, we have an amazing team because we have a lot of young people who have come through our system who want to work for us, which has been perfect.

But at the beginning, it was trying to find that right person to enable us to develop an organisation which really delivered the same message to everybody and provided an excellent service. 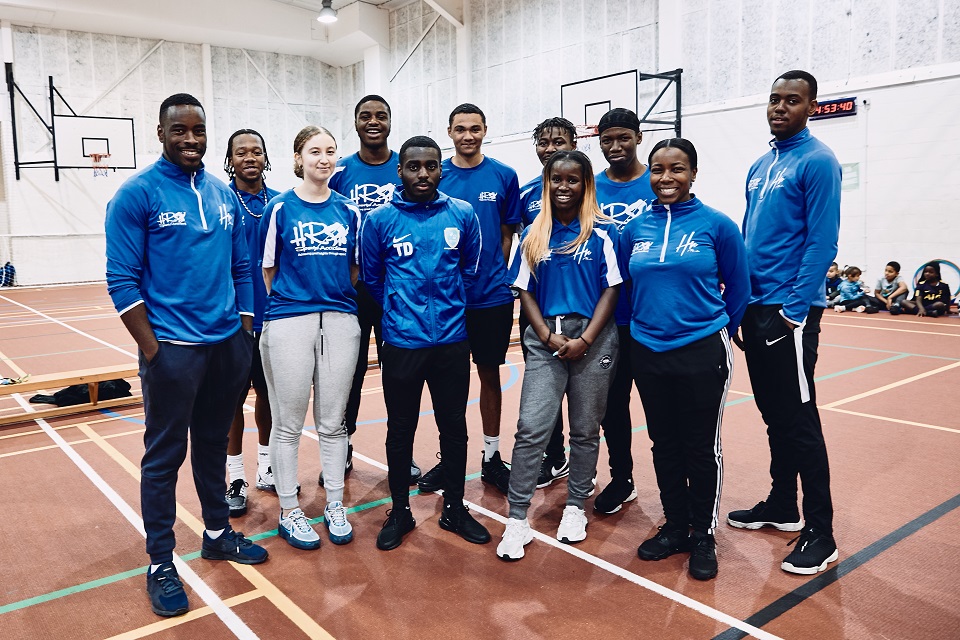 The team at HR Sports Academy

In addition to this, Mickela also says funding was a challenge:

Ensuring that we had enough capital to keep things going but also keep prices down for our customers was a challenge.

A lot of the time when we first started, I didn’t pay myself for months, simply because the funding or the money had to be used to ensure other expenses were covered first.

In the beginning, receiving late invoices for our services was a massive issue, because we didn’t necessarily have a reserve to support us if a client paid late and we needed to pay our staff and bills for insurance or venues.

Despite facing challenges, HR Sports Academy has grown into a successful business, right at the heart of the community where it was founded. Mickela says community support has played a huge role in this:

A lot of people love what we do and want to get involved.

A lot of the schools we have relationships with will push our work to other schools and outside into the wider community.

Parents refer other parents to us. People in the local community have also nominated HR Sports Academy for awards, which has helped to develop our recognition and give us that stamp of approval that people like to see when they’re sending their children to a service.

A word of advice

HR Sports Academy has grown from strength-to-strength since it was registered in 2010.

Having launched the business nearly 10 years ago, Mickela has had time to reflect on her entrepreneurship journey. She has a few tips for any young entrepreneurs who are trying to make their business dreams become a reality:

It’s really important to research what you’re doing and to gain experience in the field that you want.

I’d also say networking is something you should do. I started a lot later and I kick myself every single day about it – so networking and developing partnerships with people is key.

It’s important to dream big and work hard. There’s a lot of sayings about working smart – I believe you can work smart but if you work smart and work hard, you’re able to do a lot more.

You can watch an interview with Mickela Hall-Ramsay on Youtube.

Stay up to date with the latest tips and success stories by visiting the Companies House blog and following #GetBizzy on social media.